The Boise Pride Festival has changed a lot in 30 years

We talked with Joe Kibbe who was there at the beginning to get his reflections on how things have changed in Boise over the last three decades. 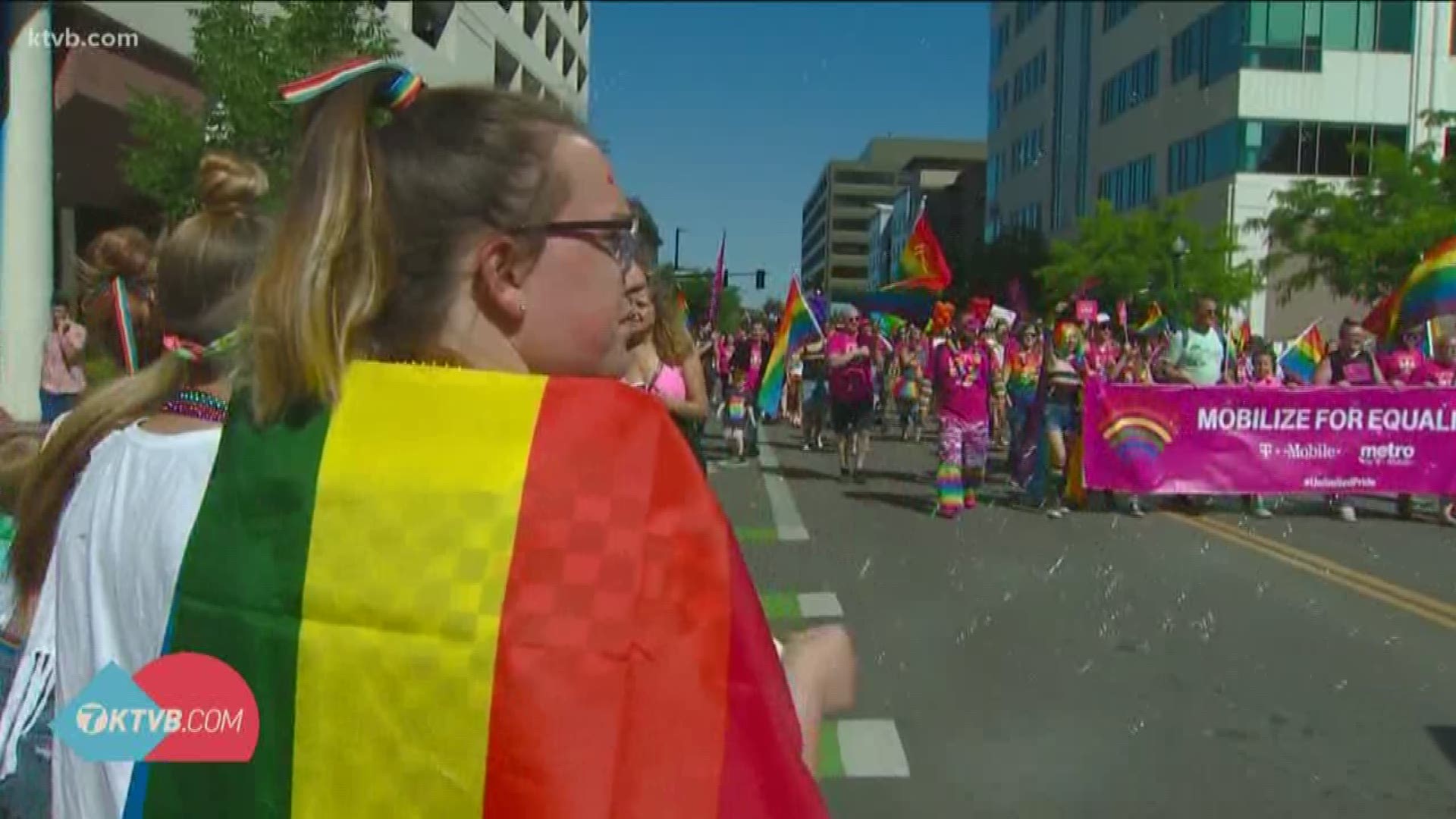 BOISE, Idaho — "The gay rights people certainly have their work cut out for them in this conservative state to convince the Legislature that there needs to be protection for them."

Those remarks were from an interview in 1991, the first official year of the Boise Pride Festival parade.

It actually began two years earlier with just about two dozen people in attendance. But there wasn't much fanfare.

Now, some 30 years later, we're asking is there more acceptance and tolerance of the LGBTQ community in Idaho?

Back through the years, through the eyes of someone who's been there from the very beginning.

"Our very first pride festival that we held in Boise was actually really much different than I think what most people would imagine," said Joe Kibbe, Boise Pride Fest board member.

It was long before this turnout of 70,000 people at last year's Boise Pride Fest.

The year was 1989. Joe Kibbe remembers it well.

"We had to attend our first Boise Pride Fest in paper bags," he said. "We had holes cut out for our eyes.  We had a very small gathering in the park.  We masked ourselves off and went back on our way.  It was a very different time back in Boise in the late 80s."

"Was that to hide your identity, I take it?" asked KTVB.

"Yeah, Boise was not a safe place to be out and open in the late 80s," said Kibbe. “Very quick, very fast.  There was not very many of us.  It was very different very solitude, very secretive, very alone."

By 1991, the small gathering had move to the Statehouse steps.  The group had become more organized, and not as fearful of being out.

“And put together probably what would have been considered the first Pride parade where you could see individuals come out and you could experience what would be considered a more traditional celebration," said Kibbe.

As the years went by, support grew, but Joe says there was still resistance, like this exchange at the 2005 Boise Pride Fest.

"What were your feelings then when you were met with hesitation and intolerance?" asked KTVB.

"But it makes me sad that that still had occurred in that point in time, where you know we're still met with resistance, fear, misunderstanding and there's still work to do that today."

"Why is that important for you to be out and to be proud and to be able to do that with no longer having to wear your masks?" asked KTVB.

“I believe we've come quite a far distance within the last 30 years that we've been organized as a community," said Kibbe. "Obviously, there's still more work to do. But I think the majority of the state, if you look at individuals, and not the lawmakers that make our laws, I think Idaho is a fairly tolerant place that has room for acceptance and that has room to ask those questions - how can we be a better community? How can we learn to live with one another without having to have friction on an everyday basis?"

Joe says as a gay man in the year 2020, he can still be met with hostility and stares in public.

But back to what the woman said at the beginning of this story that "the gay rights people" will have their work cut out for them to convince the Legislature that they need to be a protected class.

She's right in that regard. They have had their work cut out for them.

Add the Words has tried 14 times to pass state legislation.

But this month, the U.S. Supreme Court ruled that federal law protects the LGBTQ community from discrimination.