From pineapples on porches to the "Thunderdome" that was Camel's Back Park, the duo is trying to give people a moment to appreciate what things used to be. 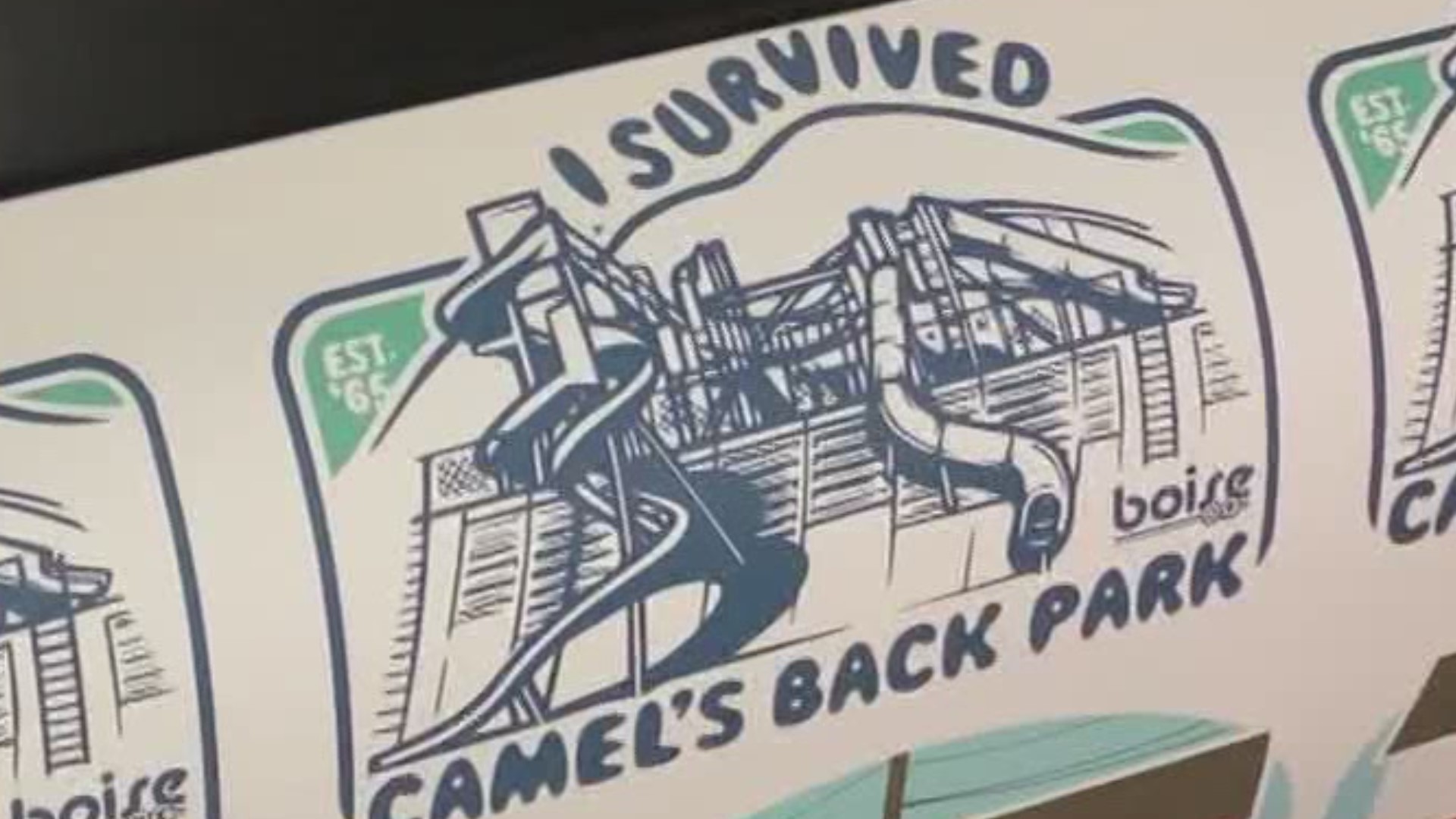 BOISE, Idaho — While the Treasure Valley continues to grow and develop, a brother and sister duo started a company to create items for local's fond memories from bygone eras.

The Boise OG Company started six days ago but the idea for it was born six months ago when Kelly Knopp and his sister Heidi came up with it over a beverage.

"Honestly, it was her idea to do this sort of nostalgic Boise stuff, or just things that make Boise so unique," Kelly Knopp said.

The company's products are a nostalgic blast from the past for long-time residents and a history lesson for newcomers.

Things like Saturdays at Skateworld, ice-blocking on Simplot Hill, and the old playground at Camel's Back Park all make an appearance.

"Every time we'd be like, 'Hey, do you remember?' and everyone has their own story about that and somebody would spin off and say, 'Hey what about?' and so it's turned into this crazy thing," Knopp said.

He added that their workflow is: Heidi thinks of ideas and he brings them to life.

Since the business he and his sister started with the printer in his studio, they've been cranking out stickers nonstop.

"It's really fun and it always brings a smile to people's face just to reminisce about like the way things used to be," he said, "and we're definitely not taking the stand of we don't want anything to change it's more of like as things are changing so fast we want to kind of preserve and just kind of remember what made Boise so great, to begin with."

One of Knopp's favorites is "I Survived Camel's Back."

"People don't remember that original playground. I mean, it was kind of like a Thunderdome between the hot slides and just the old school playground where safety wasn't quite the priority," he said.

For Knopp, this whole process has been a lot of fun for him and his sister and has brought them closer.

"Just realizing that we have a lot of the same experiences a favorite spots, but just having this community of people, that in my head I'm kind of imagining like, 'Hey, were we in the same line at Wild Waters when we were nine?' You know what I mean? Or were we at the same Camel's Back Park that we both remember? So it's kind of community that grew up here is sort of coming back together with these memories."

Knopp told The 208 that he has received about 300 orders since Tuesday when they officially started. Many of the orders so far have been multiple stickers and hats. He added that t-shirts are on their way and they hope to get into glassware soon.

"Maybe that effect is when people are moving here and learning what's great about Boise now, they can take a moment and say, 'Wow, this place has evolved and I can appreciate what it used to be,'" he said.