Boise's mayor on Wednesday discussed the controversy over a report from one of her transition committees. 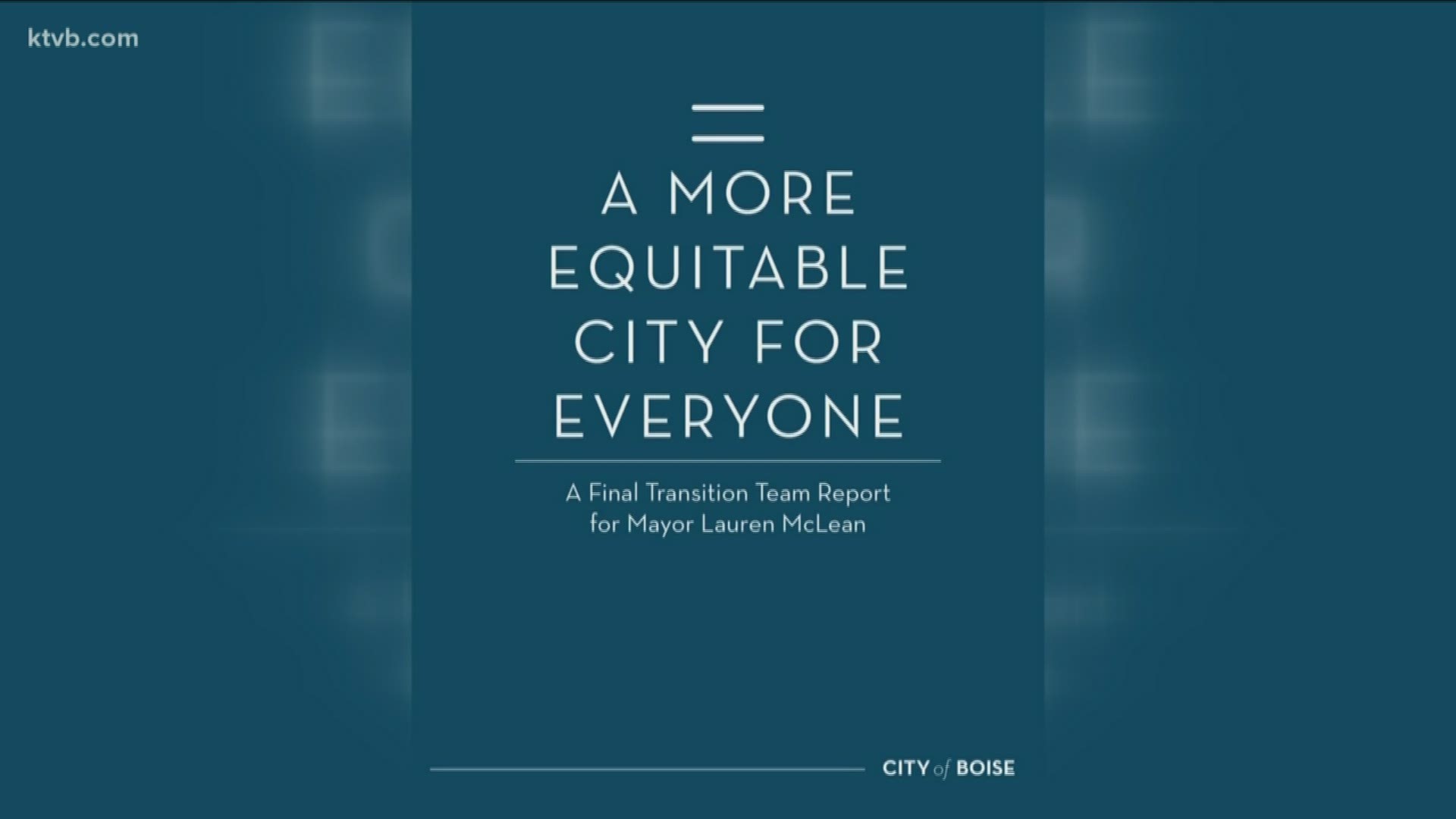 BOISE, Idaho — When Boise Mayor Lauren McLean won the election back in December, it singled the start to a new administration for the city of Boise -- the first transition in 16 years.

As part of her transition, McLean reached out to community leaders and started forming transition committees.

These committees met from December to April and covered a wide range of topics, including housing, clean air, transportation and creating a more equitable city.

“These are not policy documents; they are reports to me and my administration, and when we all talked when I released them, I said that clearly and I wanted to transparently share them,” McLean said.

Last week, the Idaho Freedom Foundation picked up the "More Equitable City" report and created a stir on social media.

During McLean’s biweekly media round table, she took questions from reporters on the transition reports. She said the report that the IFF wrote about was taken out of context.

“Those reports are incredibly deep and rich,” McLean said. “I think that without reading all of them and recognizing the entire body of work done by different people, one doesn't get the entire context the fact they're reports to a new mayor.”

McLean reached out to people who she thought would make good committee chairs. It was then up to the chairs to pick a co-chair and round out the rest of the committee.

One reason she said she approached forming the committees this way was to have more than just her own existing network of people on the committee, and so she could hear from various people with different backgrounds.

"When I first met with them, my charge to them was 'please, think hard, work hard together, bring your passion to the table and make recommendations for me to review,' and that's what each of the six committees did," McLean said.

The recommendations in each of the six reports though are more of a wish list of those committee members.

“I wanted them to like have creative space” McLean said. “Because I wanted to understand given this was the first transition in a long time where various groups of people in our community thought what needed change and what the city should engage.”

RELATED: Boise mayor on coronavirus cases: 'We are optimistic' about moving to next reopening stage

In the equitable city report, ideas included free citywide internet. stopping rent and mortgage payments during the COVID-19 pandemic, and committing to ongoing inclusion efforts like racial equity, to name just a few.

Altogether, there were more than 350 recommendations in the six reports.

"There are points throughout all my transition reports that provide ideas and solutions that are not in the purview of the city, and so when we looked at these reports, when I looked at the report, I didn't take one by itself. I looked at all of them, hundreds of pages of ideas,” McLean said. “It is incumbent upon me to recognize what I can do and what I can't do to thank and honor the hard work of citizens volunteers who brought their ideas to the table, and ultimately as mayor, I have to work with the team here to create priorities and we have addressed those and will continue to address those in the budget process. we are focused on ... given the place where our community is today."

McLean also talked about her priorities as mayor during her round table. Those are adding affordable housing, climate innovation with clean energy investments, economic opportunity and engaging with the community.