Mayor Lauren McLean sat down with KTVB to discuss the pandemic, Boise's new police chief and what it's like being the first woman elected mayor of Boise. 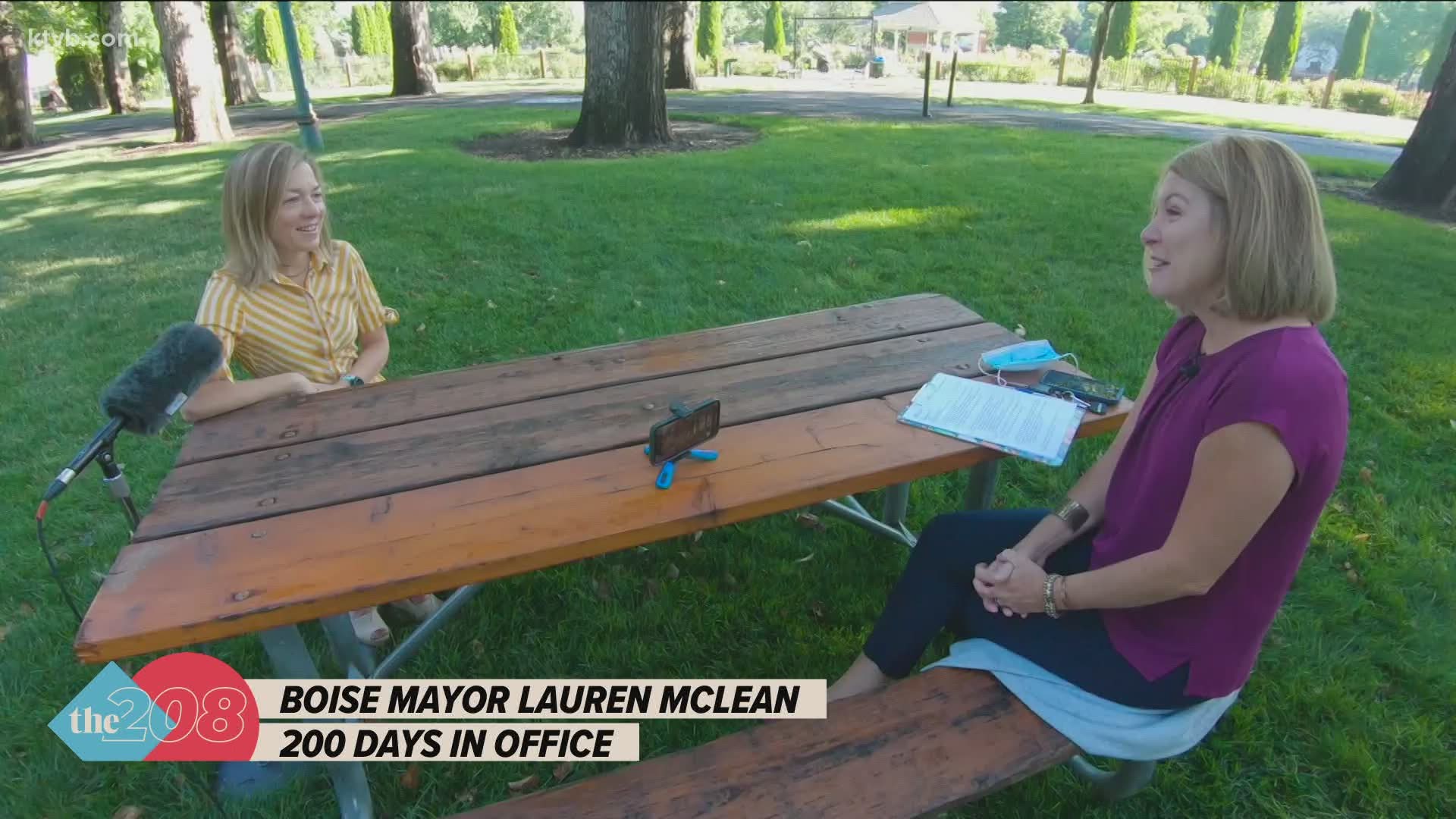 BOISE, Idaho — 2020 has certainly been an eventful year filled with unprecedented challenges and obstacles for the city of Boise, especially for Boise Mayor Lauren McLean.

This week marks 200 days since McLean was sworn in as Boise's first female mayor.

Despite the economic, social and community health challenges that have arisen in the past several months, McLean said she was ready to get to work the moment she became the official mayor of Boise.

"It's been an incredible 200 days, not what I imagined it would be, although it was new so I didn't know what to imagine," McLean said. "I was so honored to have the trust of the community, and then so excited to get to work, which we did."

McLean said she immediately began learning the responsibilities that come with the position of mayor, as well as joining forces and speaking with community workers that are dedicated to serving residents.

Shortly after McLean's 50th day in office, however, the responsibilities of her job changed drastically.

"What was important to me when I came into this role was to address the issues that our residents said were really important," McLean said. "To come up with solutions more urgently for affordable housing, to address economic opportunity and the wages we have here and to figure out how we reduce traffic and congestion."

McLean said she remains focused on the most pressing issues facing the city as well as public health.

COVID-19 has certainly taken over every corner of what used to be our normal world, according to McLean, but she said she and her team are able to give their attention to other city issues as well as address the pandemic.

"It's a juggling act, just like everything else in life is," McLean said. "I've said all along that our success will be based on taking care of people. So we have to think about public health, the economic crisis, but at the same time, to be poised to recover well, we have to stay focused on the task at hand, which is making sure that we protect what we love in this community."

Through the recent efforts to recall McLean, the controversy surrounding the mask ordinance she recently implemented and accusations that McLean wants to make Boise "the new Portland", she said her goal is to serve the community and keep Boise the special place it is.

To watch KTVB's full interview with Mayor McLean, in which she discusses the pandemic, newly appointed Boise Police Chief Ryan Lee, first amendment rights and her favorite things about Boise, click below.