KTVB filed a public records request for an analysis of crime reported around Interfaith Sanctuary's shelter versus the rest of Boise. Read the crime reports here. 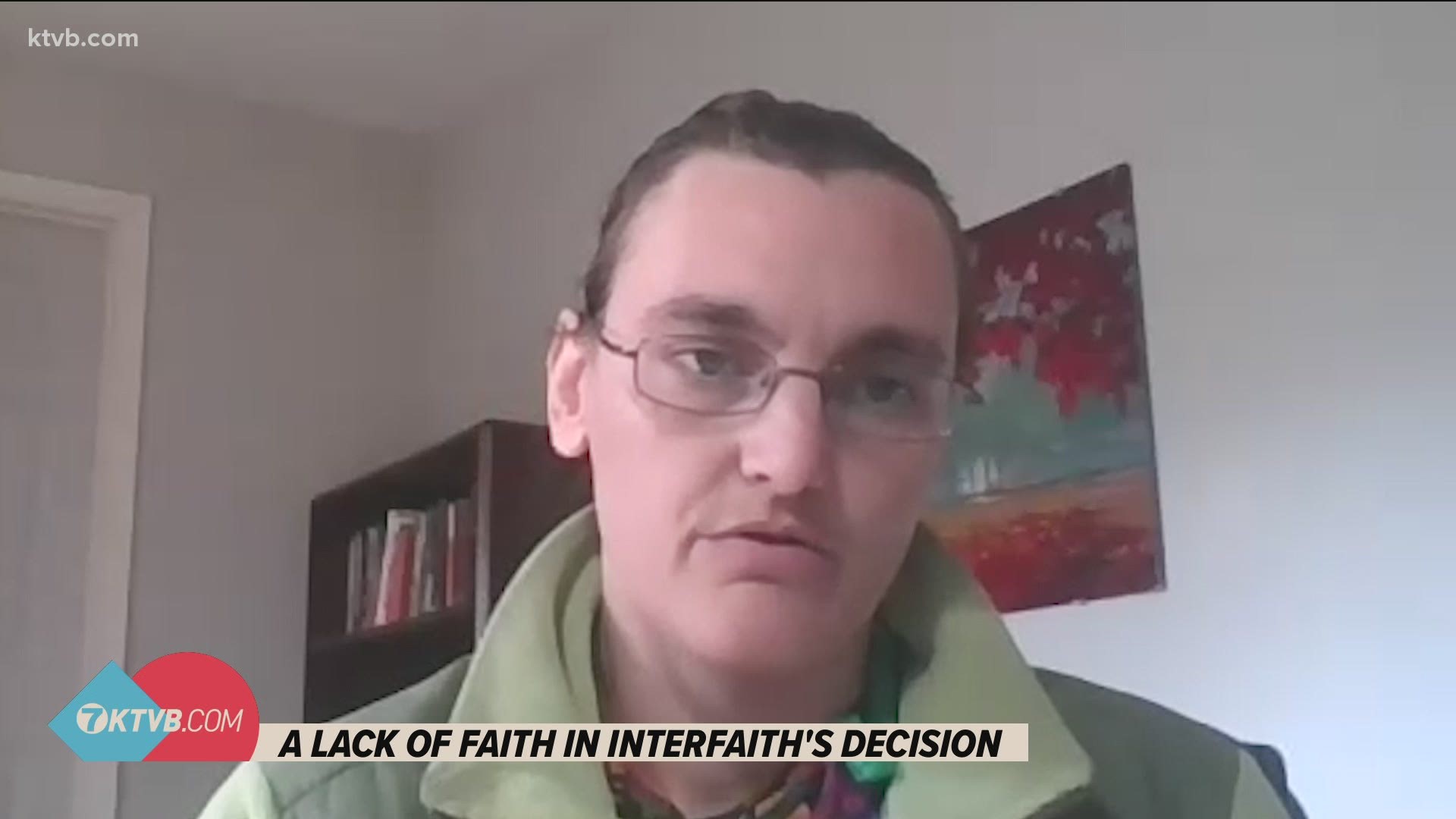 BOISE, Idaho — A Boise neighborhood group seems to have little faith in Interfaith Sanctuary's plan to relocate its homeless shelter from the outskirts of downtown Boise to State Street, off of 36th Street, in Boise.

The new home for Interfaith would be three times the size of the current location off of the Connector and the former Salvation Army Thrift Store and Food Pantry would provide enough space to help over 300 people each day.

The move has been met with fierce opposition since it was first announced on Jan. 14. Interfaith Sanctuary planned on holding a neighborhood meeting with surrounding residents and business owners but the meeting was canceled due to safety concerns after over 700 people planned on attending.

The Veterans Park Neighborhood Association spoke with The 208 on Friday and the group's vice president said bringing a homeless shelter to an area with a high poverty rate won't make a positive impact.

Katy Decker told The 208 that 97% of the 88 survey responses from neighborhood residents were opposed to Interfaith Sanctuary moving in next door. She added that they brought up their concerns during a virtual informational meeting with InterfaithSanctuary on Jan. 27, but felt that the issues brought up didn't have much of an impact.

"We really got the impression that while interfaith is looking out for their mission, which many of our neighbors support, they were not looking at what impact they could have on the community they would be moving into," she said.

One of Decker's concerns is bringing a 300-bed homeless shelter to one of the poorest neighborhoods in Boise.

"We already have parts of our neighborhood with 25% poverty and studies suggest that poor neighborhoods with greater than 25% poverty, there's an independent effect of being on that neighborhood leading to negative outcomes on the population," she said.

Decker added that it was hurtful when people said opposition to the shelter came from people being unfamiliar with it and having negative stereotypes about homelessness.

"Jodi has implied that these comments come from a place of unfamiliarity with the homeless community, with us stereotyping them, but our neighbors include people who work professionally with the homeless, people who are volunteering regularly at Interfaith and are at the shelters, people who are donating to these causes," Decker explained, "and I have heard from residents who have been homeless and who are no longer homeless and all of these groups of residents are telling me that a residential neighborhood like this is not a good place for the shelter."

She said industrial or commercial areas would be better suited for a shelter than a neighborhood with high levels of poverty.

"I think that honestly, Interfaith, the board, has a really great opportunity here to make a responsible decision in locating the shelter and finding a space where they can raise their community up while not creating negative impacts on surrounding areas," Decker said.

While property value is often a common outcry when a homeless shelter moves into a neighborhood, a study by the Idaho State Journal in 2018 didn't find that to be the case.

The Idaho State Journal looked into property values surrounding a 24-unit homeless shelter in Pocatello and found houses closest to it were assessed at $10,000 to $15,000 higher than five to ten blocks further away.

However, police responded to the area on average three times a week for things like loitering, vandalism, trespassing and drug offenses.

The Veteran's Park Neighborhood Association's next concern was the crime rate that comes with a homeless shelter, stating statistics that crime goes up in the immediate area around a shelter.

The 208 found that while there are a few studies out there about that issue, they note that crime doesn't always increase in areas of homeless shelters and, in some cases, it decreases with people getting off the street making it less likely they will commit a crime to stay alive.

In order to get a better picture of the crime rates around Interfaith Sanctuary's homeless shelter versus the rest of Boise, The 208 filed a public records request with the city for crime reported around Cooper Court and the total number of reports for the rest of the city.

Scroll down for the complete breakdown of the Top 50 types of calls for service that happened in the Cooper Court area out of the total number of calls to the City of Boise.

For actual reports of crime, the Cooper Court area never accounted for more than 3% of the total crime that happened in Boise between 2016 and 2019, according to crime statistics released by the city.

Scroll down to find the complete crime statistics report from 2016 to 2019.