For over an hour, the couple looked down at the 80-foot drop below them, watching their belongings fall to the bottom of the gorge. 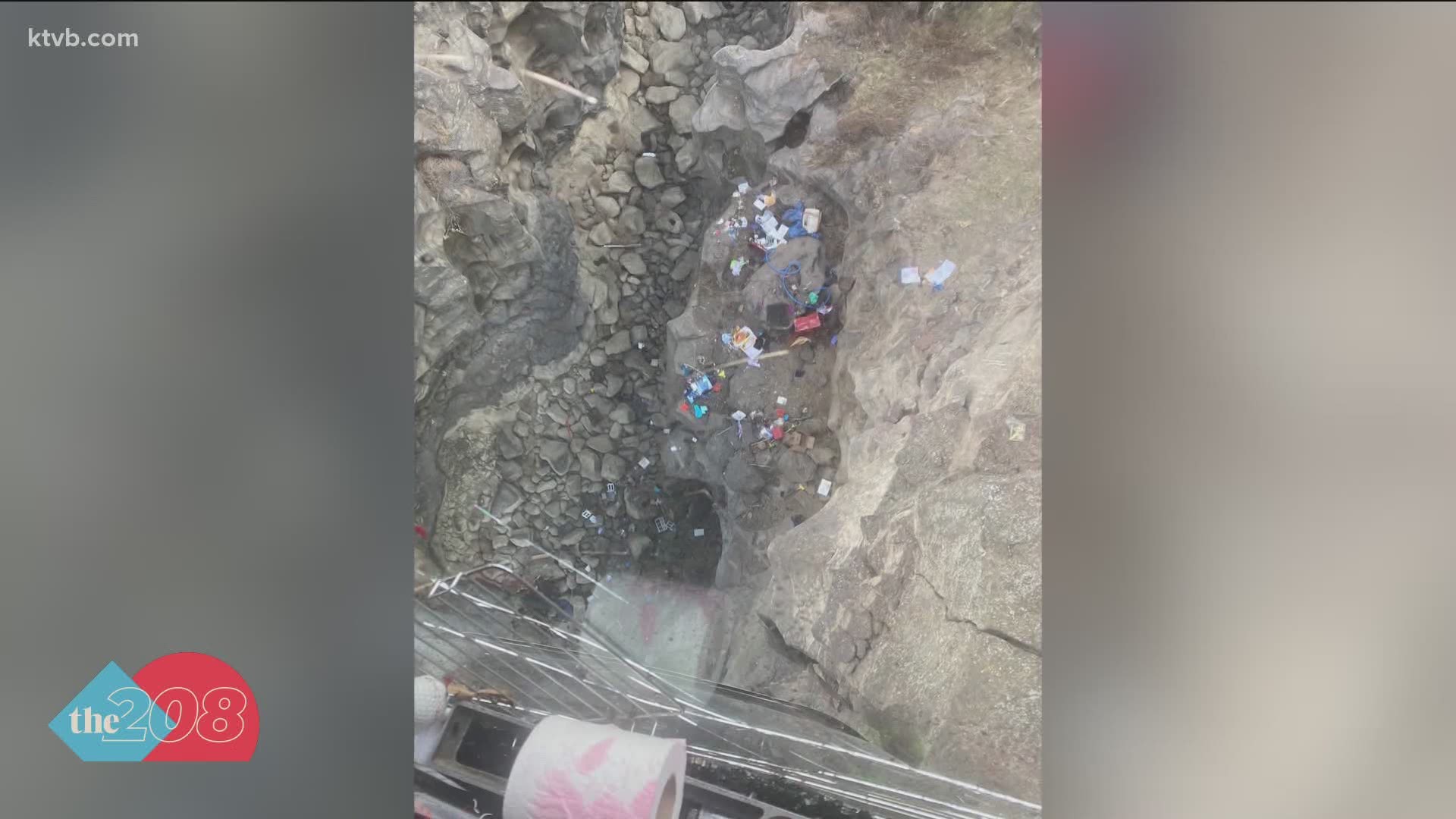 BLISS, Idaho — For an hour and eight minutes, a Boise couple were strapped into their truck that was dangling above the Malad Gorge, being kept from certain death with a chain from their camper trailer.

Nicki and Steve Cunningham waited 68 minutes from their call to 911 to getting on solid ground again. The couple spent every moment looking down at the 80-foot deep gorge after strong winds pushed their truck off of the Malad Gorge Bridge.

The safety chains on their 30-foot trailer initially kept their truck from falling into the gorge. A quick-thinking truck driver attached stronger chains to keep the truck from falling until emergency crews were able to get there in time.

"It was very windy and what happened was, and everybody knows that gorge, when that wind starts kicking up out there it can be very dangerous and we'd driven that quite a few times never had a problem, this time just happened to, it's just the wind hit it wrong and, you know, I couldn't get it under control," Steve said.

When they began dangling from the bridge, Nicki said she knew what to do.

"I grabbed my phone and I took a picture cause nobody is gonna believe that's us hanging over this, looking at all our stuff dropping out of our trailer and our truck and that's our stuff and we could be down there any minute not knowing if we were going to fall through or what," Nicki said.

While the couple was able to get out of their truck with their dogs after a daring rescue by the Magic Valley Paramedics Special Operations Rescue Team, Steve and Nicki are now forced to rebuild their lives.

The Cunninghams wanted to thank every first responder that helped them on Monday, saying they won't soon forget the sense of relief they felt while being hoisted out of their truck.

Steve said they were on their way to Idaho Falls to get an awning added to the trailer when the crash happened.

If you would like to help the Cunninghams, find their GoFundMe here.