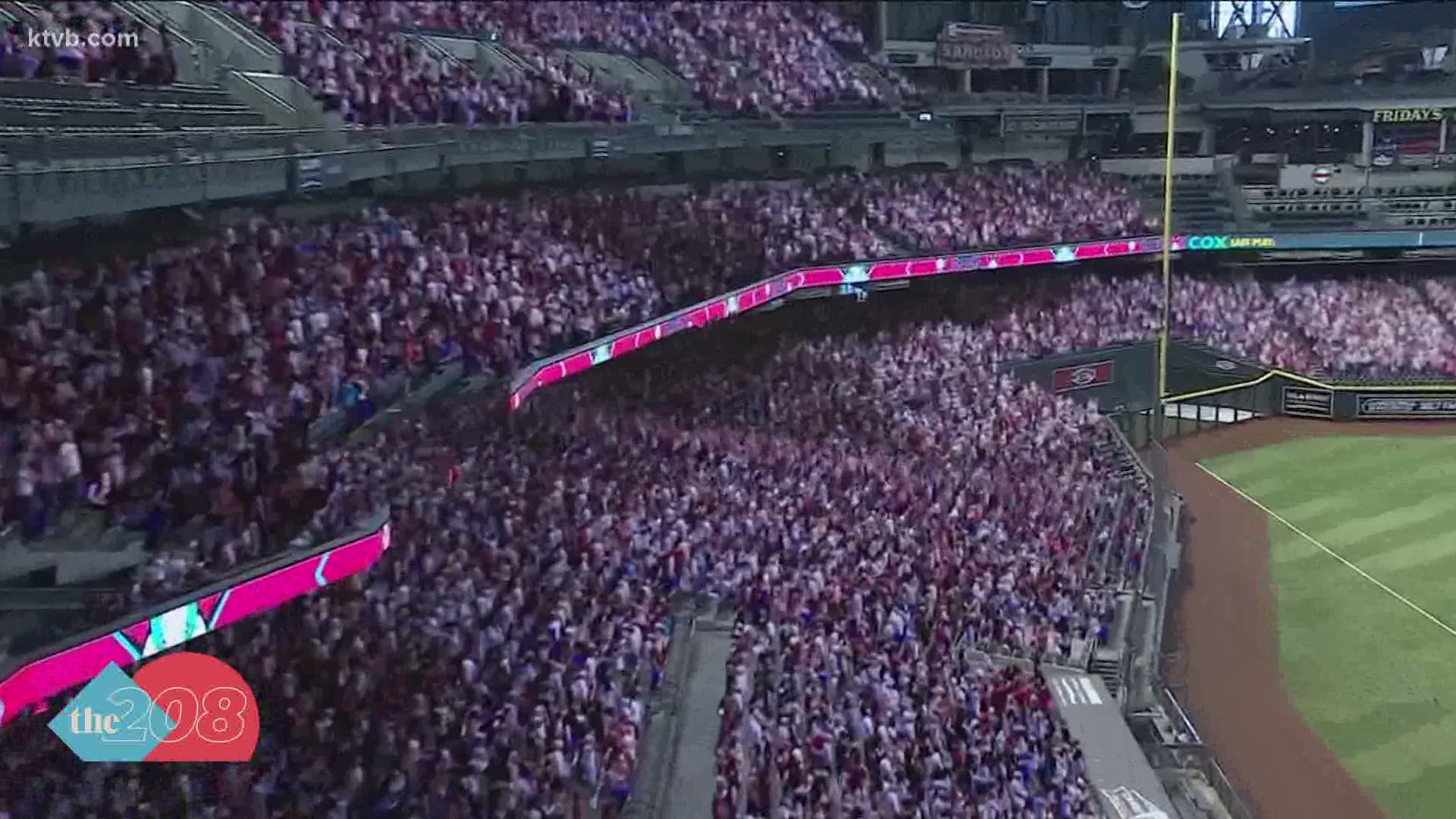 BOISE, Idaho — The return of Major League Baseball came with the caveat that no fans would be allowed inside the stadiums to watch. The move prompted by COVID-19 concerns makes sense, but it certainly takes the energy out of the atmosphere.

Major League Baseball and FOX Sports agreed with that feeling, so they commissioned a project to have virtual fans populate the games on national TV.

The virtual fans and accompanied audio tracks pumped in make the TV games seem a lot more normal. The major technological innovation is powered by a team based in Boise.

“Everybody came together to really meet a tight timeline, it was all pretty fast,” Amy Gile, the co-founder and CEO of Silverdraft Supercomputing, told KTVB.

Creating the virtual fans featured during major league baseball games on Fox was no easy task.

“The whole thing really, I’d say it was about two or three weeks, and we worked pretty much 24/7 to make it happen,” Gile said.

Gile explained that their team worked to power the virtual fans on FOX alongside partners like Silver Spoon Animation and Nvidia Graphics.

“A fan experience is you’re in it, you’re believing it, you’ve forgotten about it. Your focus is the game and that energy feels a crowd gives to that viewing experience,” Gile said.

Silverdraft is no stranger to high-level projects, it’s what their team in Boise focuses on.

“We are a full solutions technology company. We really support our clients by coming in and looking at the full workflow needed behind virtual reality, augmented reality, artificial intelligence,” said Gile.

So when the MLB and Fox Sports came knocking for help creating virtual fans for empty stadiums, the team was ready to roll.

“Crowd simulation, or what we can call virtual fans is completely doable with the technology that we have very similar to what we did with Madonna for the Billboard Awards,” said Gile.

While many fans were left impressed with the virtual fan broadcast, Gile saID this is only the tip of the iceberg of what they could do.

“You could dial down to where it’s a more realistic looking digital human where they are drinking a coke, a soda or eating a hot dog,” SHE said.

The collaborative technology can also help get fans back into stadiums down the line.

“How do we simulate a flow of fans into a stadium so that they can do it safely. So we can run studies and evaluate that to help be able to get fans back,” said Gile.

For now though, the technology will provide a fuller atmosphere for baseball fans around the world.

“We can use this technology to help lift people up, make them feel some sense of normalcy,” said Gile.

Gile knows not all fans were impressed, but she saID there is more to come.

“Keep watching you’ll see it just evolve and get better and better over the season and across other sports as well,” Gile said. “They are sticking around, I hope you’ll see a lot more of them.”

“Keep watching you’ll see it just evolve and get better and better over the season and across other sports as well,” said Gile. “They are sticking around, I hope you’ll see a lot more of them.”