'He tested the boundaries of his white supremacy and privilege, and now he knows what his community will allow him to do," she wrote on her Facebook page. 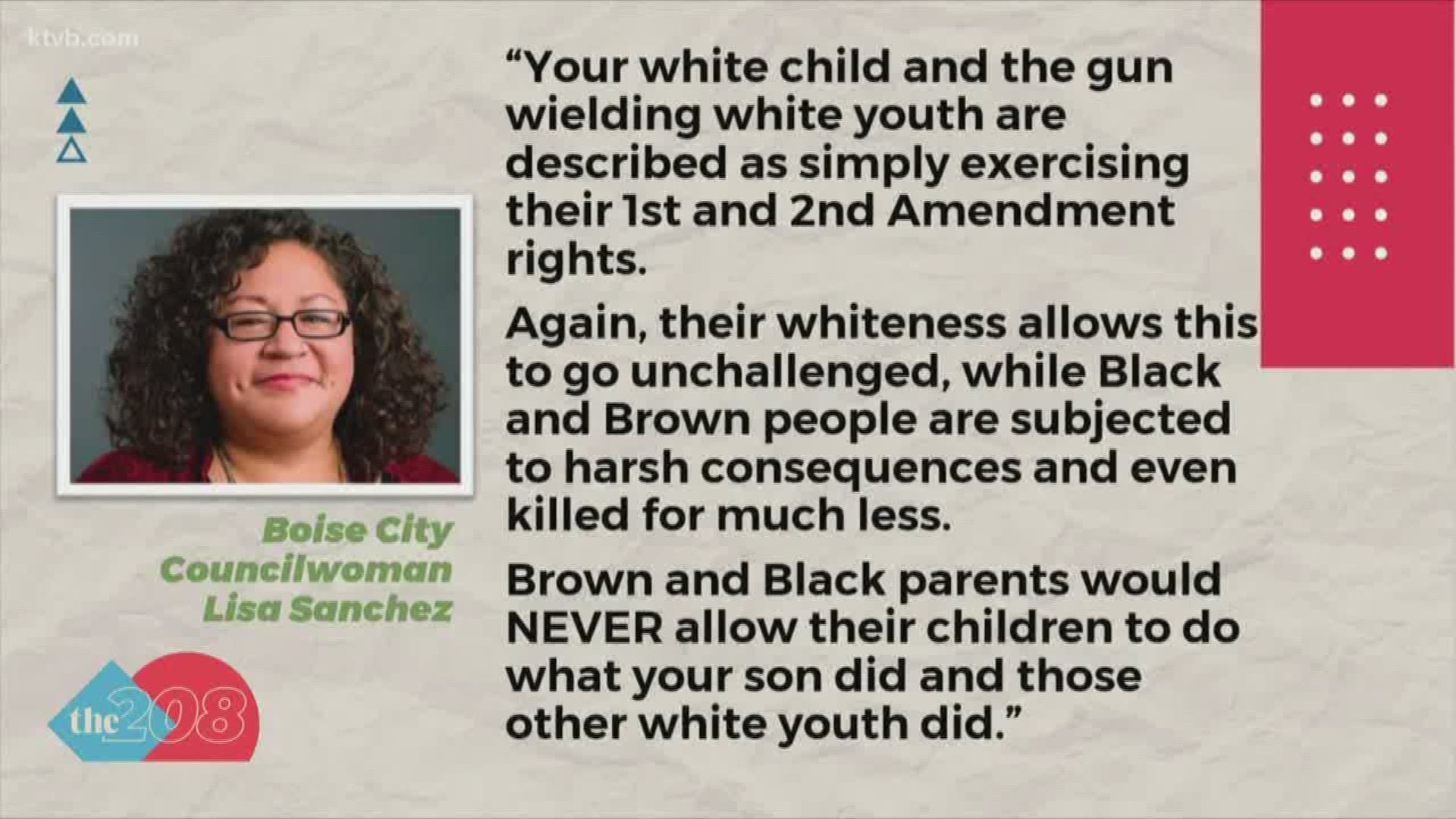 BOISE, Idaho — Boise City Councilwoman Lisa Sanchez hasn't been shy about sharing her experiences and beliefs as a minority living in Boise.

Last week, she sat down with KTVB's Kim Fields, one day after over 5,000 attended a peaceful vigil on the statehouse steps, urging Boiseans to continue fighting for social justice.

Days later on June 4, Councilwoman Sanchez penned a letter to 18-year-old Michael Wallace's parents and posted it on her city council Facebook page.

Wallace was arrested after police say he accidentally shot his gun during a protest in downtown Boise on June 1.

He was booked into the Ada County Jail, charged with one misdemeanor count of discharging of a firearm in city limits.

He was released after posting bond and is expected back in court on June 24.

To the parents (if they exist) of the white man, Michael D. Wallace,
I want to congratulate you on successfully having your son arrested, safely taken into custody by the Boise Police Department, and having him successfully bonded out of jail and home safe (not so sure about sound). You and your son won the race lottery!

Many Black and Brown families do not enjoy the same experience. First, there is no way that a group of Black or Brown young people would be allowed to do what we all saw white youth doing in downtown Boise during and after the peaceful, MOURNFUL vigil. Groups of Black and Brown youth are given a name whether it is true or not--gangs. They are called gangs.

Your white child and the gun-wielding white youth are described as simply exercising their 1st and 2nd Amendment rights. Again, their whiteness allows this to go unchallenged, while Black and Brown people are subjected to harsh consequences and even killed for much less. Brown and Black parents would NEVER allow their children to do what your son did and thise other white youth did. We have too much reverence for the dead and the mourning to allow foolishness. In my Black, Mexican American Texas mother's house, her rules for human decency superseded the rights of the land. She would have sat on me to keep me in the house before she allowed one of her children to visit hate and fear upon other people.

Michael didn't accidentally bring a loaded gun that was easily discharged in a public place. He did that on purpose and he did it knowing that he could. He tested the boundaries of his white supremacy and privilege, and now he knows what his community will allow him to do--live through the night when he was the one who could have killed innocent people.

Love,
Lisa Sánchez
Brown woman who chose not to have children for fear of their abuse and murder by white people.

KTVB reached out to Sanchez for a statement, but were told she was 'too busy to talk Tuesday or Wednesday.'

We update this story if we receive a response.