On Friday, Boise’s Cathedral of the Rockies covered up the image of Robert E. Lee, but both the church's reverend and a local leader agree more needs to be done. 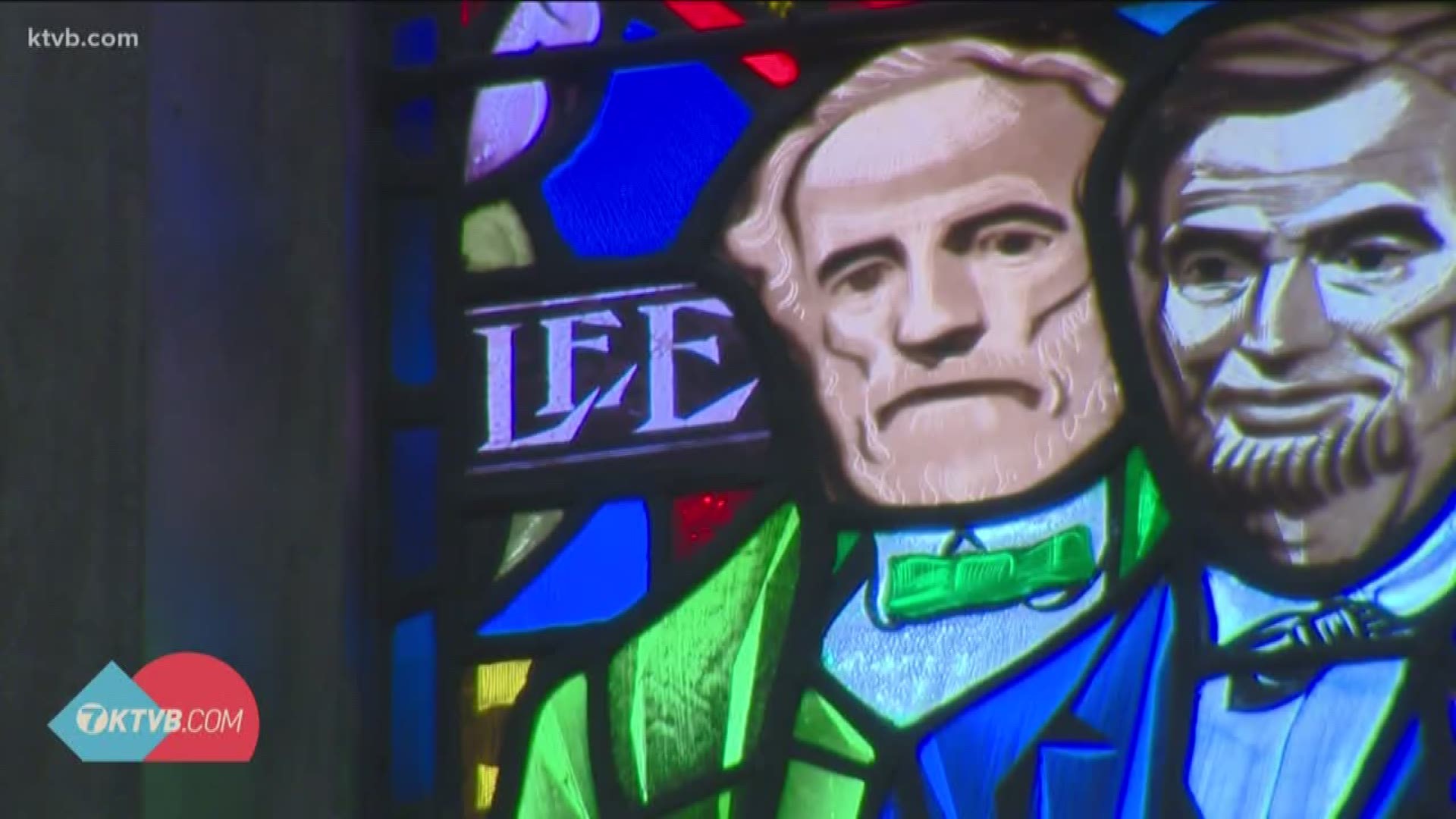 BOISE, Idaho — Since the 1960s, this stained-glass image of Robert E. Lee has hung high in Boise’s Cathedral of the Rockies. The church says it was originally installed because of the strong southern influence in Boise. Decades later, a repentance banner now hangs over it.

“Today we began a part of our journey of repentance,” said Reverend Duane Anders, the lead pastor at Cathedral of the Rockies. “In the last few years we have been changing the way we think about race, what is our responsibility, what are we doing to make a better world?”

Rev. Anders explained that taking down the offensive image is overdue.

“An action like this, for some, will be too quick and for others, it will always be too late. We would confess, we are too late to the conversation,” said Rev. Anders.

That conversation has been ongoing for years. Reverend Jenny W. Hirst served as associate pastor at Cathedral of the Rockies until 2018. She first noticed the image of the Confederate general while preparing for a sermon about the different stained-glass art in the cathedral. She was curious about the story behind the image.

“I got some semblance of a reason, it was about reconciliation and at the time I was like, 'Okay that’s weird but, alright,'” said Rev. Hirst. “That was a miss. I missed that moment to really dive in and understand what those images mean but that’s part of my journey. That’s part of my self-awareness."

After giving her sermon and moving on, she would get another chance.

In 2017, an email from a congregant about the offensive nature of the image inspired Rev. Hirst to address the issue again.

“I would be happy to pull together a team, lets figure this out. I didn’t want to miss another moment, here it is right on front of my face, again,” Rev. Hirst recalled. “This seemed to me, and to others at the time, like low hanging fruit. Like, this is one thing we can do.”

Later in 2018, Rev. Hirst moved on to a new opportunity at the Collister United Methodist Church. After she left, her efforts over the course of ten months of looking into the issue and trying to make changes quickly faded.

That fact is still concerning for community partners that Rev. Hirst was working on the issue with. One of those people is Phillip Thompson, who is the director of the Idaho Black History Museum.

“When you had somebody advocating profusely to do something about it back then and then now you see it fit to do so in the midst of all these other acts of, 'Hey, we have to do something.' I have trouble taking that as a genuine expression of support,” Thompson said.

He explained that covering an image of a confederate leader is a good step, but there needs to be further action that follows.

“I’ll take it with a grain of salt, but it doesn’t really change much of anything. I mean, how long had it been there?” Thompson said.

Thompson wants to be clear, he is not vilifying the action, but context is important.

“It’s good that they are doing so, but I am not going to give you an ‘atta boy’ or hold you in high acclaim for doing so,” Thompson said.

“It’s pretty awesome. It’s not the end of the journey for churches, that is for sure. This is the beginning, now we roll our sleeves up,” Rev. Hirst said.

The Cathedral of the Rockies said they plan to continue to take the issue head-on.

“The community has pushed us and said, you often speak for black lives matter, you often say that all means all, but your building right now does not match your witness,” Rev. Anders said.

Thompson said with this situation specifically and in general, he hopes all the recent words and promises turn into action.