"The trend is the same across the board. Gyms that require masks when climbing or exercising are struggling. Gyms that do not are in a much better position." 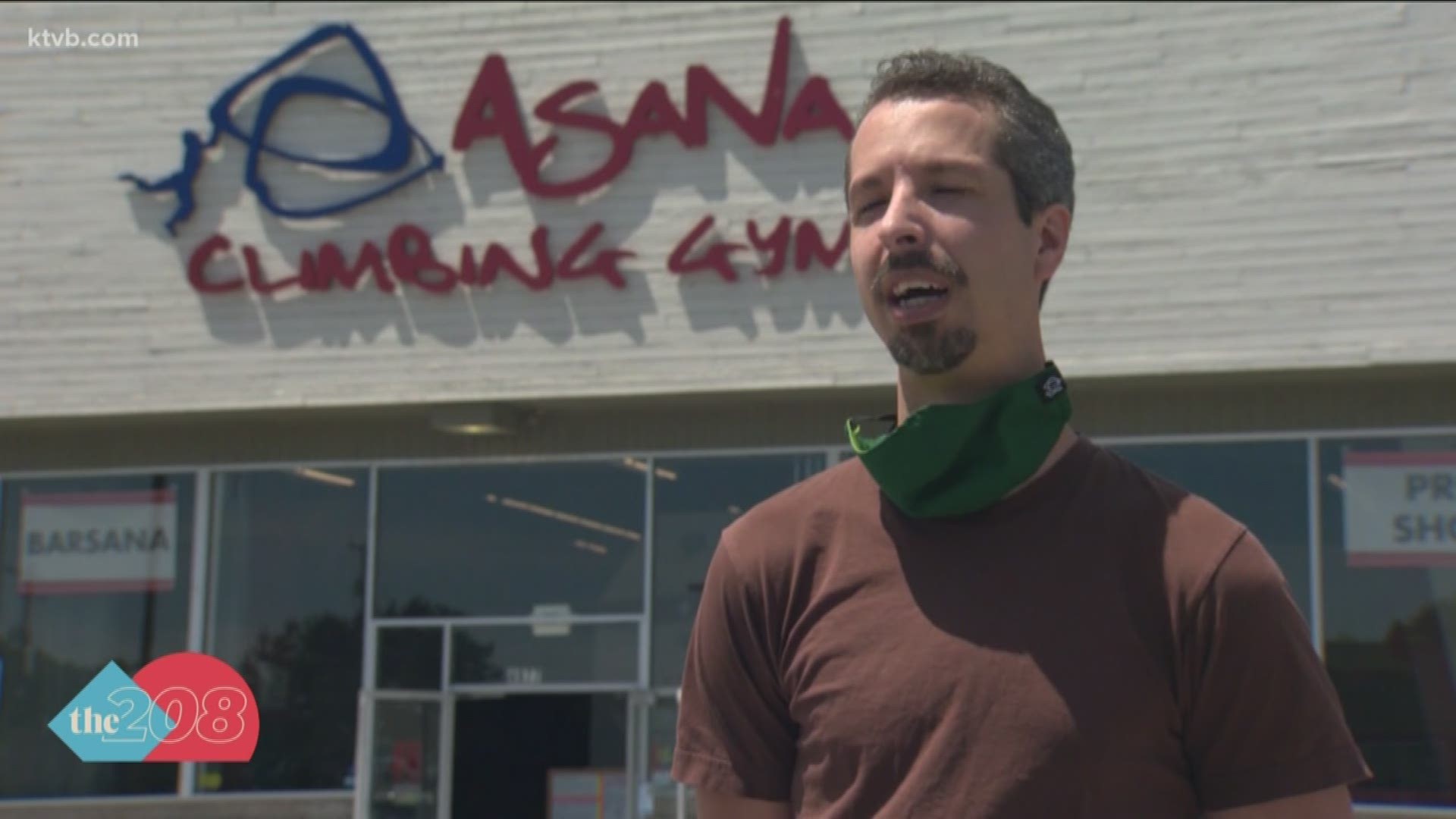 GARDEN CITY, Idaho — The idea of requiring everyone to wear a mask while out in public has become divisive and has put a lot of businesses in a bind - stuck between not alienating customers and trying to do what they believe is best for their customers in the midst of this pandemic.

Businesses like Asana Climbing Gym in Garden City, which reopened on June 15 with an extensive plan and protocols in place to keep their clients safe and apart. One of those requirements did include wearing a mask while climbing, but owner Rory O'Leary says the outcry from upset customers was so intense that they sent out an email Thursday reversing that policy.

"We had cancellations, a lot of comments and feedback. They don't agree with the policy, they don't like it, whatever personal reasons they have and that put us in a very difficult position," O'Leary said.

Asana opened for ten days with the mask policy in place before deciding it wasn't working. So O'Leary called several local and national gyms to get a better sense of what is working around the country.

"The trend is the same across the board. Gyms that require masks when climbing or exercising are struggling," O'Leary said. "Gyms that do not are in a much better position."

O'Leary says he hopes local leaders would step up and set more clear standards instead of leaving it up to individual businesses.

"Every decision that we make right now is met with criticism, and it doesn't matter what the decision is, it can go any direction. There is criticism all across the board," he said.

He thinks that would at least level the playing field and let owners that want to be responsible, at least feel like they can be.

"The business owners are now taking the brunt of the responsibility of those decisions because it's left to them, so we're put in an impossible situation and we're suffering the consequences of any decision we make," he explained.

O'Leary says he's gotten both positive and negative responses to his new policy.

"On the whole, it's been a less negative response than requiring masks when climbing," he said.