The idea was to build a permanent memorial to offer a place to better understand the human rights challenges our communities, our country, and the world face today. 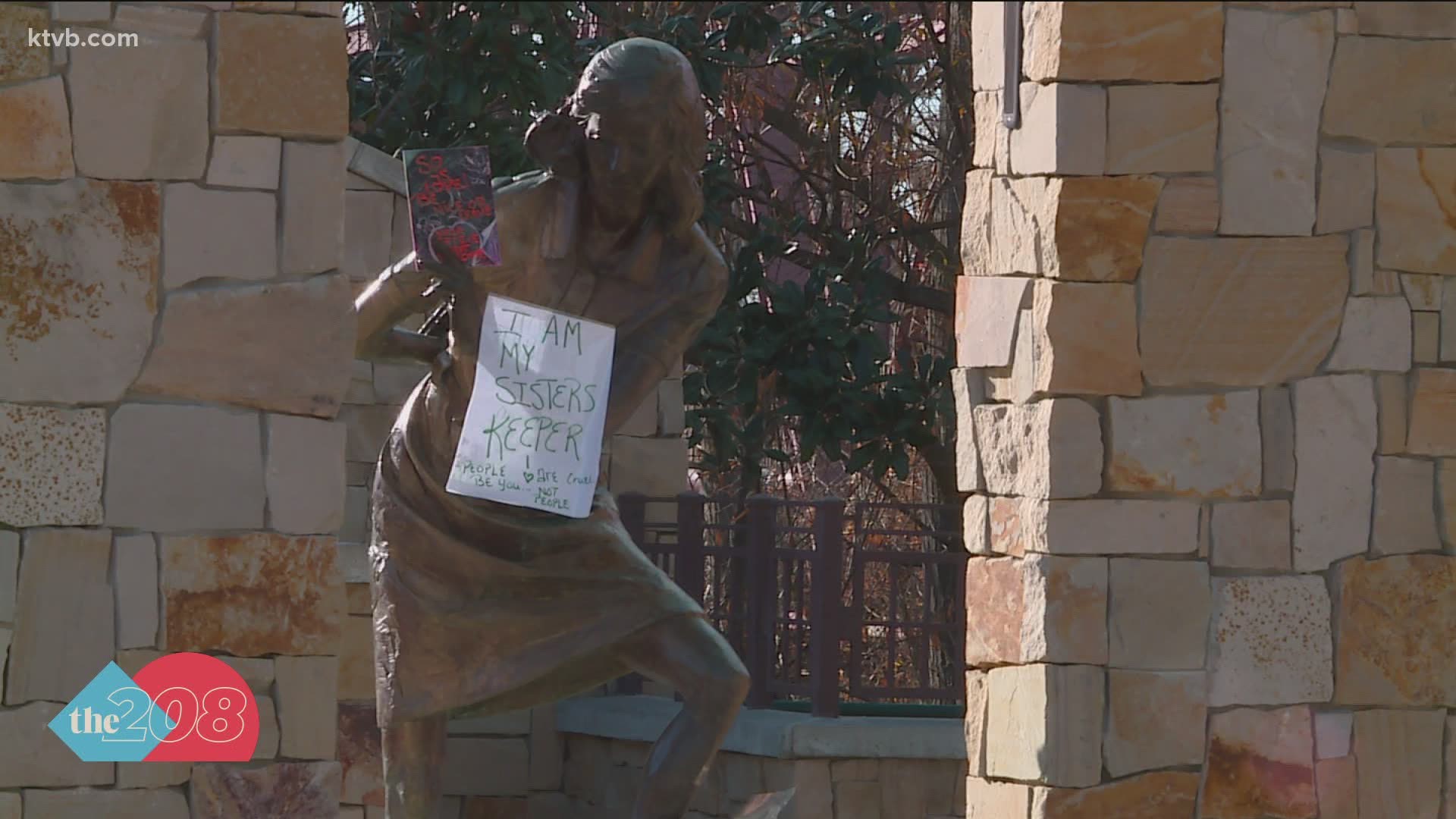 BOISE, Idaho — The Idaho Anne Frank Human Rights Memorial in downtown Boise is the only memorial of its kind in the United States.

The idea started in 1995 after a traveling Anne Frank exhibit drew the interest of thousands of Idahoans. So a group of concerned individuals and business leaders took that idea and decided to offset the negative image of Idaho as a place of intolerance and hatred, according to the Wassmuth Center for Human Rights.

The idea was to build a permanent memorial to offer a place to better understand the human rights challenges our communities, our country, and the world face today.

After seven years of planning and fundraising, the Wassmuth Center opened the world-class educational park in 2002.

At the heart of the memorial is a life-size bronze statue of Anne Frank, pulling back an imaginary curtain and gazing out a window from the family's attic hiding place in Amsterdam.

The statue was paid for by Idaho school children, who washed cars, sold candy, and collected pennies to pay for the $40,000 statute.

The park is designed to actively engage visitors to think, to talk with one another, and to respond to issues faced not only in the Boise community but in Idaho and around the world.

Throughout the memorial, there are quotes from various human rights leaders from across the world, including Mother Theresa, Mahatma Gandhi, Dr. Seuss and Frank herself. According to the memorial, "The words memorialize the universality of the struggle against injustice and oppression."

During its dedication ceremony in August 2002, human rights activist Marilyn Shuler said the memorial was like "a dream come true."

"Human rights are hard-won," she said in 2002. "We still have a lot of work to do and I hope that this is a site where some of that work goes on."

Shuler severed for over 20 years as the director of the Idaho Human Rights Coalition. She died in 2017 at the age of 77.

In 2018, she was posthumously awarded the Idaho Medal of Achievement, the highest civilian honor in Idaho.

That same year, the 'Marilyn Shuler classroom for human rights' at the Anne Frank Memorial opened in Boise.