A large rally in support of President Trump is planned for Saturday in Boise, prompting community leaders to ask counter-protestors to avoid potential conflicts. 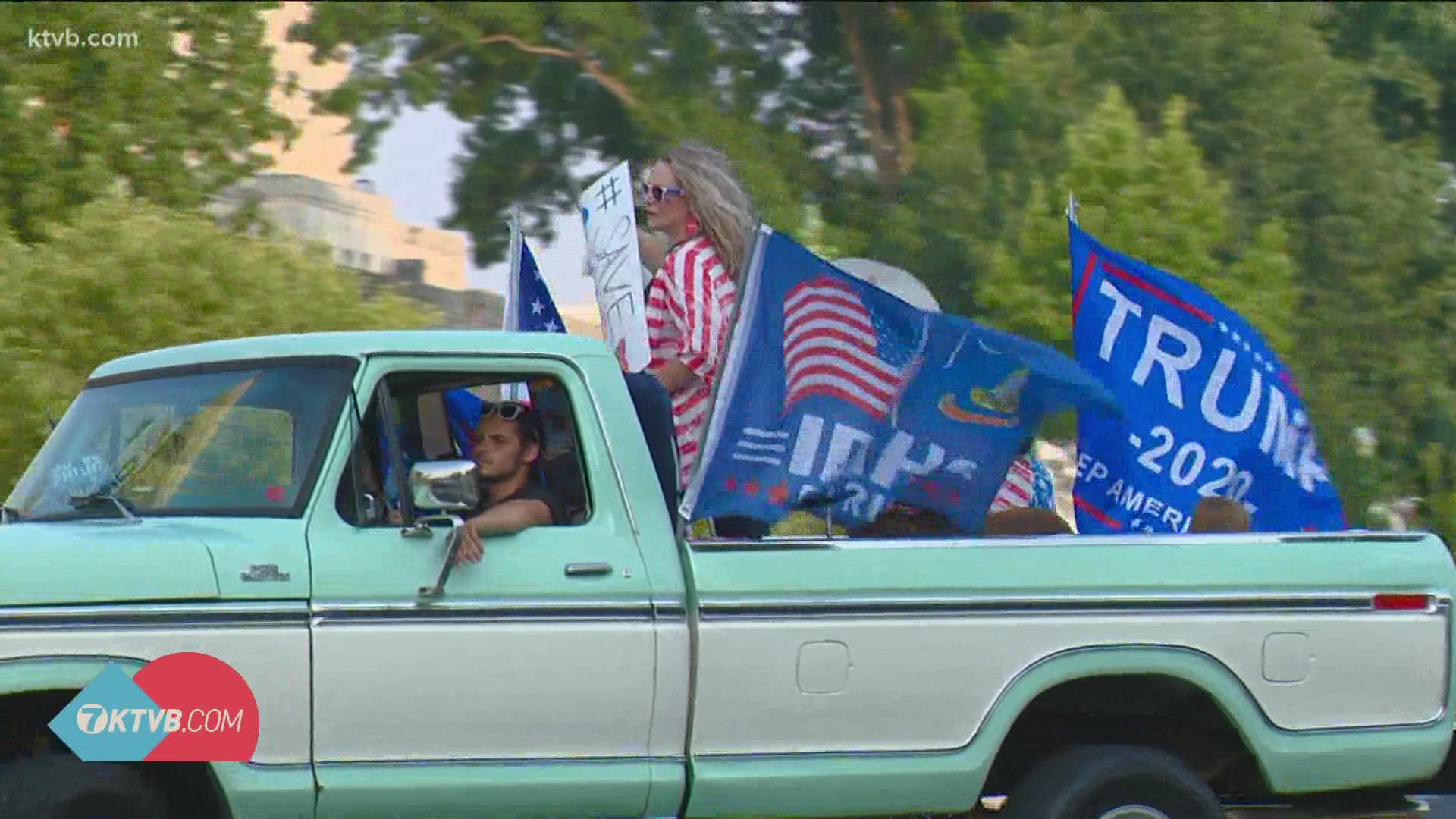 The idea behind asking counter-protestors to stay home is to avoid potential conflicts.

“Don’t go out and counter-protest. My message is to stay home,” Fink said. “I think that sometimes there is a fear that if you don’t get out there and get in people’s faces, it’s cowardly. I think just the opposite is the truth, to stay home is a sign of strength.”

Some of the responses to his Facebook post are, according to him, very telling of his point.

“Some of the response was pretty verbally violent which only makes the case for what I said before," Fink said. "If your response to my suggestion that folks stay home is to call me and others all kinds of names, it’s all the more reason folks should stay home."

Although previous Trump cruise rallies in Boise have been almost entirely peaceful, there have been reports of people in the parade of cars screaming racial slurs and taunts as well as messages about white supremacy at people on the streets.

“I don’t know that at this time, what would be gained by doing so? It’s there right to protest, to demonstrate, to gather in any way they feel the need," Thompson said. "But it’s also our right to exercise a bit of restraint, as the Rabbi said, and we need not confront each and every person, each and every time if they say something differing, especially when they are doing so hoping to elicit a response."

Sen. Cherie Buckner-Webb (D-Boise) understands there may be people who feel the need to counter-protest messages they disagree with but wants to remind those people that it is possible to have conflicting views and coexist.

“Making assumptions based on the symbols we see and what’s happened before, to date I’ve never seen anything written about this coming cruise that denigrates or vilifies any particular population. So I’m going to leave that there, I am going to hold it there and I’m not being naïve," Buckner-Webb said. "I’m going to give them the benefit of the doubt, to a degree, and say we are not going to incite, I would hope we would not incite, violence that could show up."

Boise police are well aware of the event Saturday and the context of previous events like it. Deputy Chief Ron Winegar hopes all people will conduct themselves respectfully.

“You can be uncivil in this country and you have the right to do so given to you. But we would hope that you don’t exercise that right. We would hope that people have some respect and civility," he said. "It certainly furthers your message when you are able to communicate in a civil matter, in my opinion, than when you are just shouting over the top of each other. That does not seem to accomplish much."

Fink did not send out his message to censor any community of their voice, it’s about something much deeper.