After dealing with COVID-19's effects for 7 months, Ketchum woman is considered a new type of long hauler

The mother of a four-year-old and a young baby said, "No matter how I was feeling, that the thought of them getting it, it just terrified me." 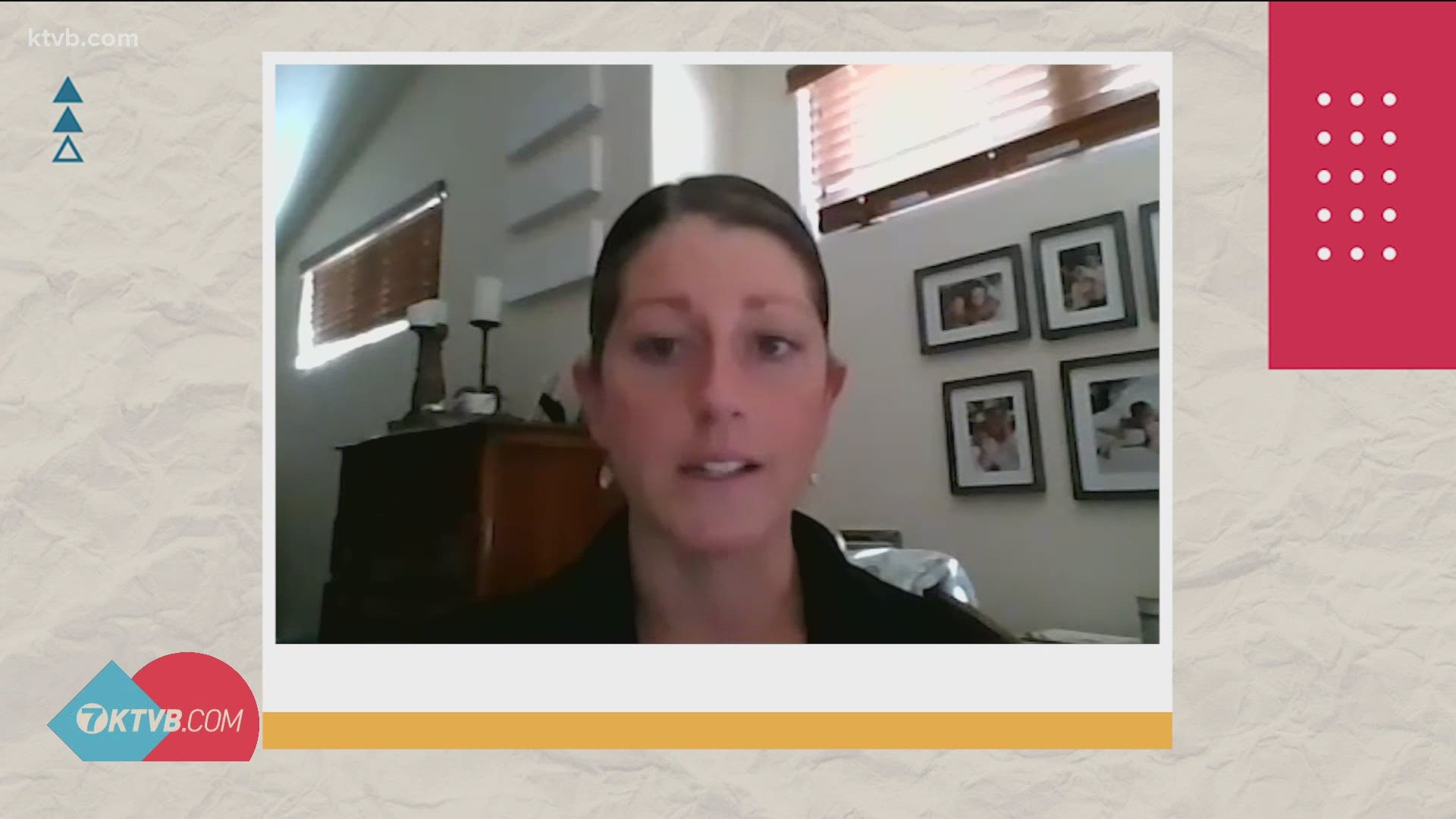 BOISE, Idaho — This time last year, the term long hauler usually meant some who is a semi-truck driver. But the coronavirus has changed a lot since it began spreading across the country in March.

Now, the term perfectly describes Ashley Houston of Ketchum. She doesn't have a commercial driver's license but she has been dealing with the lingering effects of contracting COVID-19 for the last seven months, which why she now considered a long hauler.

In March, the working mother of two young children worked at the St. Luke's in the Wood River Valley. The area at the time was a major hotspot of COVID-19 spread in the entire country.

Houston contracted the virus about the same time and has not been able to escape its lingering effects, even when testing negative for antibodies and only being 35 years old.

"I got COVID I think it was the third week of March," she said. "And on that Thursday, I started to feel like that tightness in my chest and I didn't know if it had to do with anxiety with everything that was going on or just kind of feeling uneasy."

After four days, Houston said she felt like she couldn't breathe and her strength and energy were drained from her.

"I felt like there were needles in my chest with every breath that I took. I had an incredibly painful dry cough. I was hot and cold all the time and I started to develop really red goopy eyes," she said. "By Sunday evening I was almost positive I had it just because I had never experienced anything like this in my life."

Houston has two young children at home and her four-year-old son was pulled from school and she said she couldn't completely isolate from her newborn either.

"I literally kind of had to check out and as a parent, you don't really get the opportunity to check out... it's a weird feeling, but I do feel like it's made us stronger as a family," she said. "You know, not being able to kiss my kids for a month was horrible. But it was just something that, no matter how I was feeling, that the thought of them getting it, it just terrified me."

Houston was out of work for a month before being cleared to return. When she did, she was told it'd take some time for some of the effects of the virus, like headaches and body aches, to wear off.

However, in three weeks she knew something wasn't right.

"And in that three week time, I had woken up one morning and I couldn't feel my right leg and so I ended up going to the emergency room. And that's when the idea of possible nerve damage came into the equation," she recalled. "The neurologist she said, 'You have neuralgia,' which is nerve damage and that's when I found out that I had nerve damage from COVID."

She said in the last seven months, she has had five antibody tests, which all have come back negative. Now Houston is worried that she could contract COVID-19 again.

She now shares those fears with a group of fellow long haulers she's found in the Wood River Valley. The group occasionally talks about their experiences and share what they're still going through.

Houston said the support that the group has provided has been important to her during the difficult journey and that it helps other long haulers who may feel alone know that they're not.