Considering that Adams County has voted for Republican presidents in the last five general elections, they're not totally wrong. 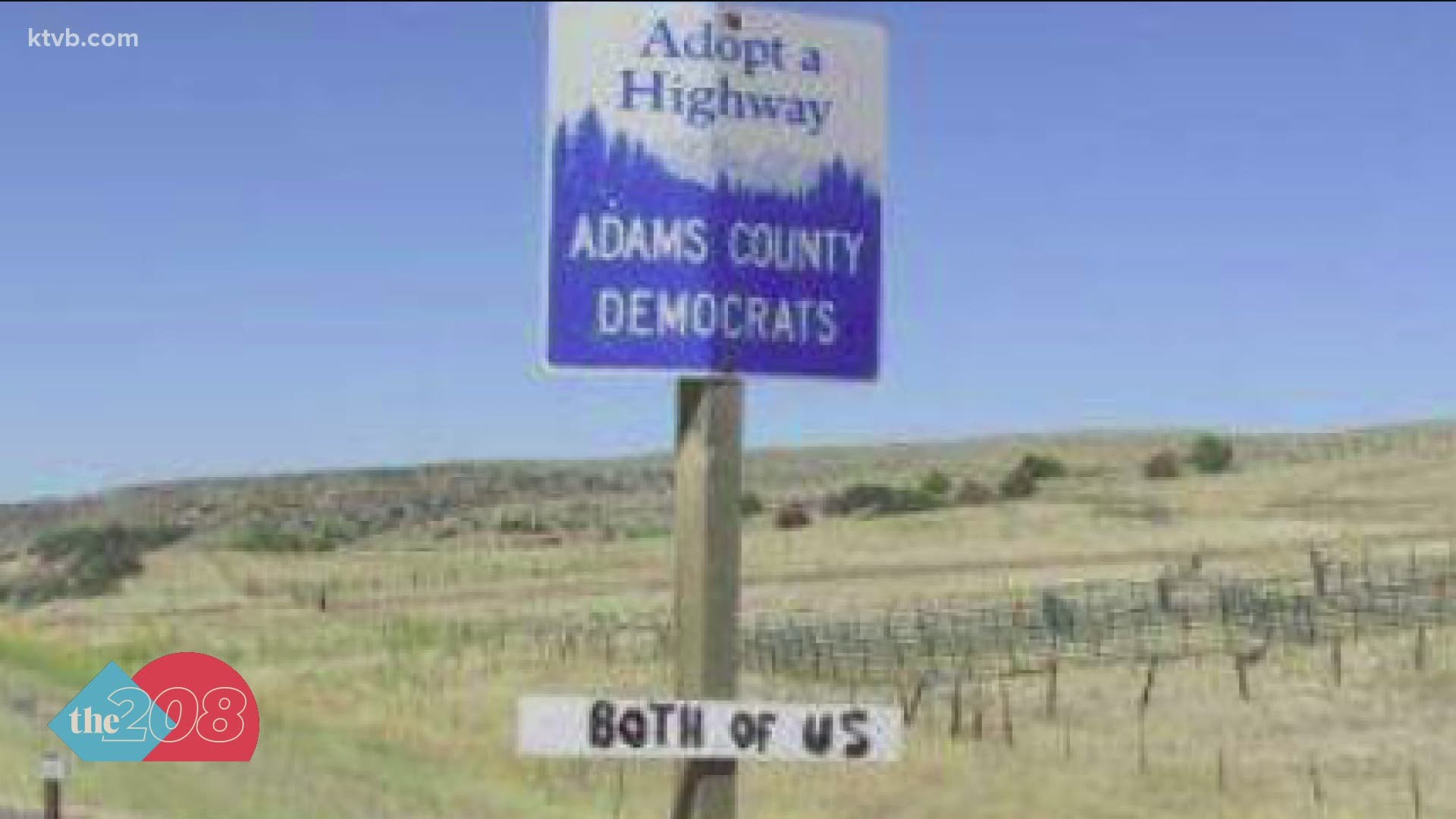 ADAMS COUNTY, Idaho — Idaho's best known for its potatoes, majestic mountains and roaring rivers, and its conservative politics. That fact doesn't seem to be lost on the Adams County Democrats after their self-deprecating  Adopt A Highway sign.

Janie Cole, a viewer of The 208, sent in a photo taken by her brother Monte of an Adopt A Highway sign on Highway 95, about ten miles south of Council, Idaho.

Considering that Adams County has voted for Republican presidents in the last five general elections, they're not totally wrong.

In November, nearly 75% of the county voted for Donal Trump, with just 591 votes for Joe Biden.