No, ACHD didn't put up misters in downtown Boise, a small business did

A viral social media post thanked the Ada County Highway District for wrapping water misters around a light pole, but it wasn't ACHD who did it. 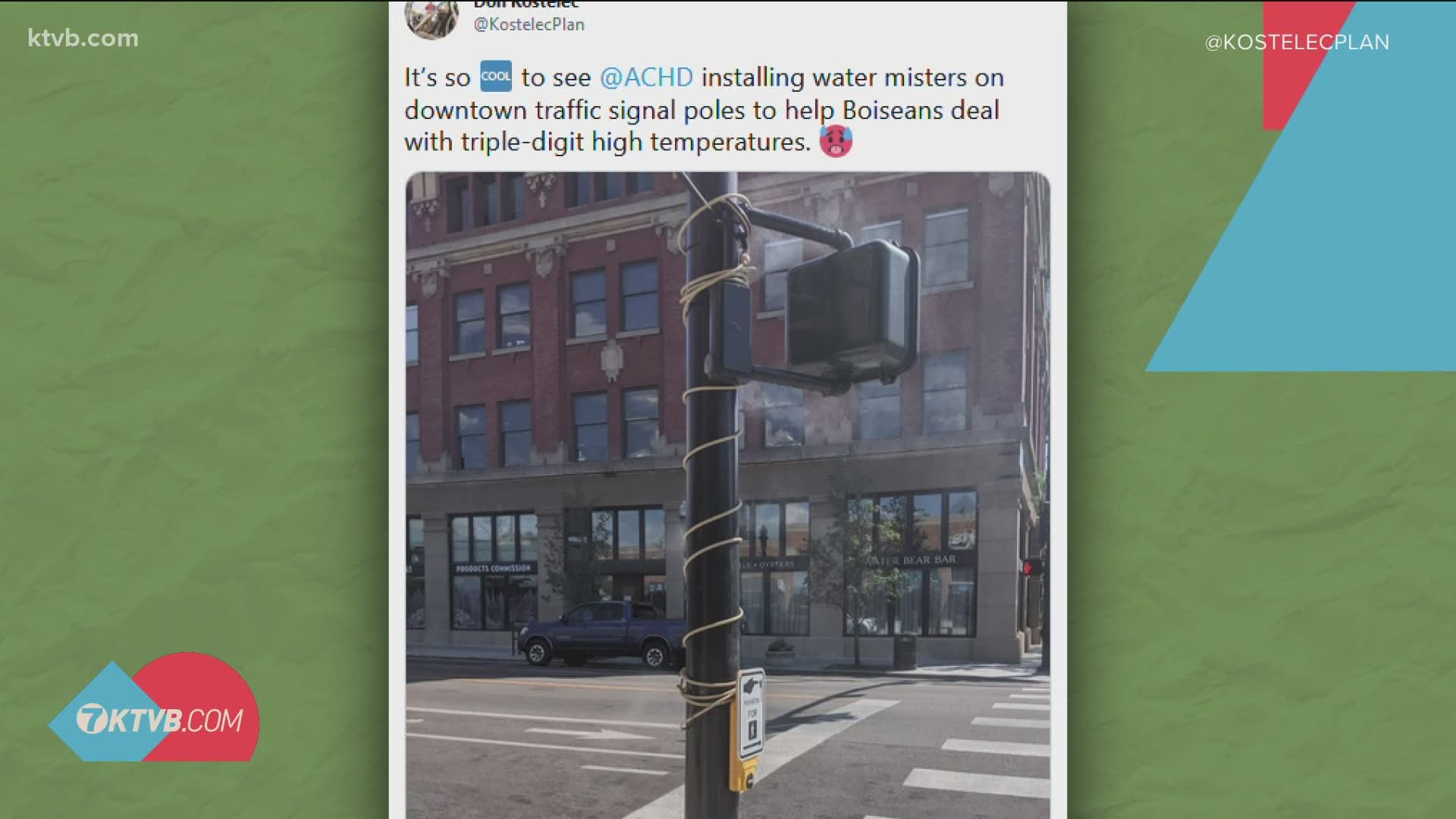 BOISE, Idaho — Off of Jefferson and 9th streets in downtown Boise, people can find a slight reprieve from the blistering 100-degree heat that the Treasure Valley has been subjugated to for more than a week straight now.

Water misters wrapped around a traffic light pole at the intersection were received warmly by Boiseans, including Don Kostelec. In a tweet, he thanked the Ada County Highway District for "installing water misters on downtown traffic signal poles to help Boiseans deal with triple-digit high temperatures."

In another tweet, he again thanked ACHD and added #MyKindaHighwayDistrict.

In order to #VERIFY the mysterious mister benefactor, The 208 tapped directly into the source. The mister was found on the same corner as McU Sports, a local sporting goods business. The hose hooked up directly to the store.

The 208 asked the business about the misters. They told KTVB that they usually have misters attached to awnings outside their store windows. The misters have previously left water spots on the windows, and the awnings aren't very large.

They told The 208 that the awnings needed to be upgraded, so they decided to attach the misters to the traffic light this year. They added that they were trying to be friendly and thought people would appreciate it, which people have when they're waiting at the crosswalk.

It wasn't ACHD or any other kind of government entity behind it. After demystifying the story, McU Sports was found to be the mysterious mister in downtown Boise.