'A total misuse and abuse of the legislative process': Idaho representative speaks out against bill to prohibit teaching racist, sexist concepts 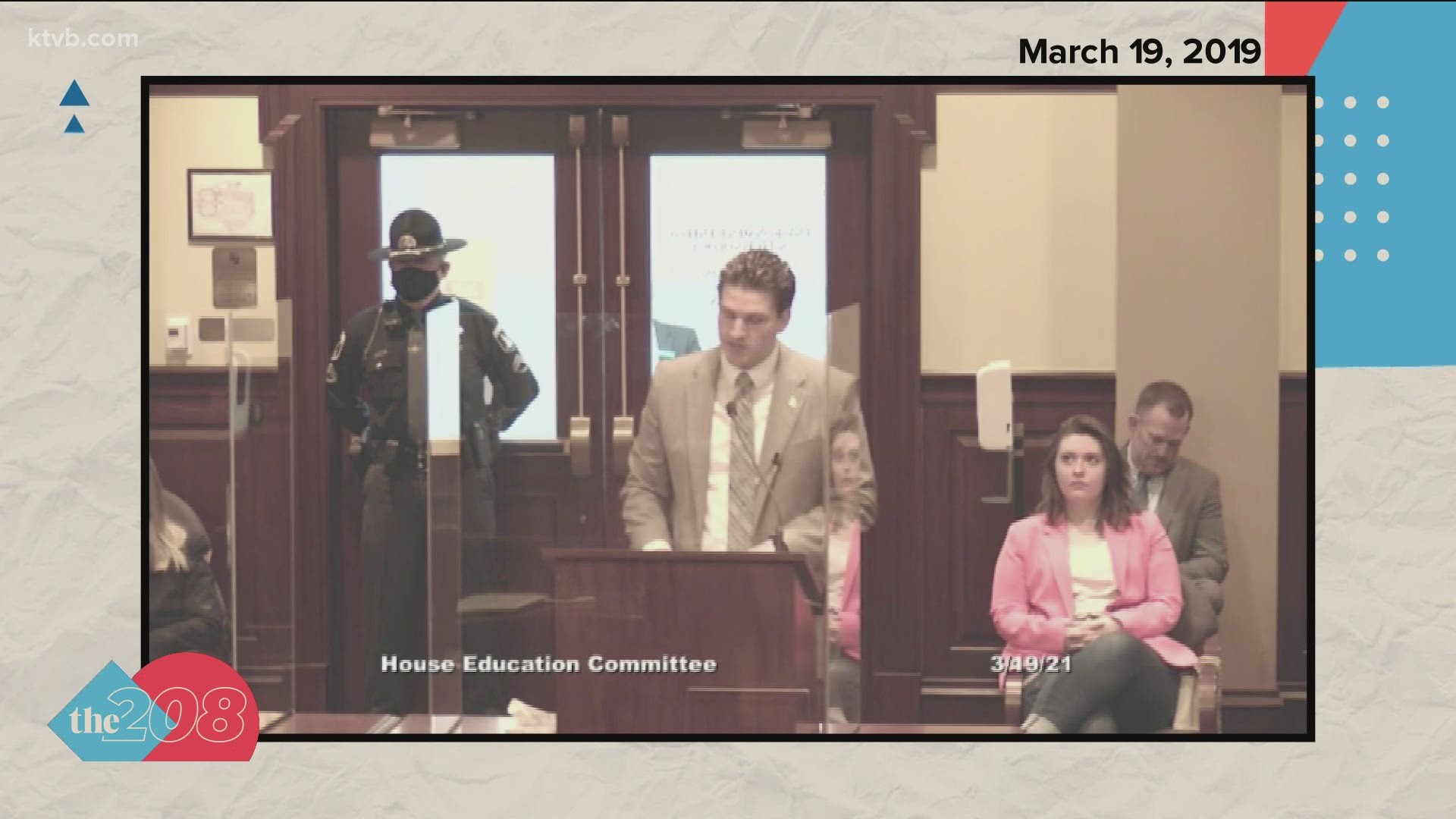 BOISE, Idaho — An Idaho representative is speaking out regarding a routing slip that, if passed into law, would prohibit all public Idaho schools from teaching "racist and sexist concepts."

Just before Idaho lawmakers left the Statehouse for a two-week pause due to an increase in COVID-19 cases among one another, the House Education Committee gaveled for a quick meeting.

The meeting, which lasted a total of seven minutes, was "unorthodox from the onset," according to Rep. Steve Berch (D-Boise). There was nothing on the committee agenda the day before the meeting, as lawmakers knew they would be leaving for two weeks. Four members of the committee were already out, three of which were infected with the virus.

Late Thursday night, three routing slips- bills before they become bills- were added to the committee agenda, according to Berch. When he arrived at the Statehouse on Friday morning, he asked about the bill regarding racist and sexist concepts and discovered it was written by a man named Edward Humphreys.

Humphreys is not a legislator but is the Region Four chair of the state Republican Party.

Five minutes into the seven-minute meeting, Humphreys stepped up to the podium and said 83 words to the committee:

"Madam Chairwoman, esteemed members of the committee, thank you for granting me the short opportunity to speak with you today. I'm Ed Humpreys from Eagle, Idaho. I am here today representing my son and my preborn baby girl. And for their sake, I would like to formally present RS28866 for consideration by this body. This bill would prohibit teaching racist and sexist concepts in Idaho public schools. So I appreciate your consideration and I hope you take it and introduce it."

Berch called what happened last week "shameful." He believes the acting Chairperson, Rep. Judy Boyle (R-Midvale), went rogue to use the committee process to get this routing slip introduced.

"My understanding is that if both the chair and the vice-chair, both of whom are out because of COVID, an acting chair doesn't introduce bills without either the chair or the vice-chair being present or from what I can tell even their awareness," he said. "This is a total misuse and abuse of the legislative process and it brings, I think, disgrace to the committee and dishonor to the house of representatives to have the process manipulated for purely political purposes."

In addition to the manner in which the bill was introduced, Berch takes issue with the purpose of it.

"The whole idea of this bill, from what I can tell, is to intimidate teachers and school boards from touching on any subject that might be controversial," he said. "You can't teach American history without touching upon issues that deal with racism and sexism, like the Civil War, reconstruction, [and] genocide of Native Americans."