Two weeks into the job, Lee answers criticism of how the department handled a recent rally and counter-protest. 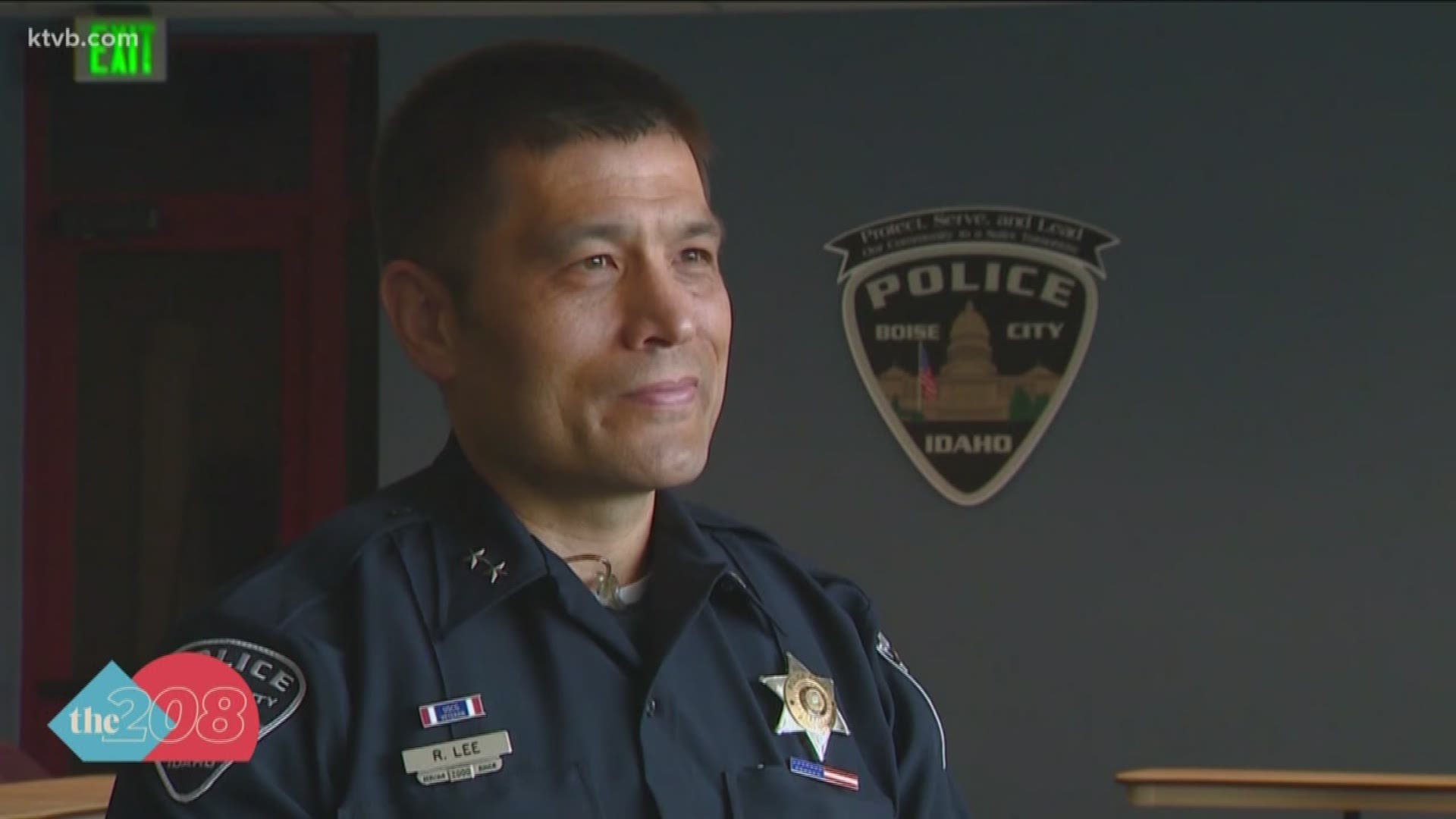 The law enforcement veteran came to Boise from Portland, Oregon, where he worked for the Portland Police Bureau for nearly two decades.

Boise Mayor Lauren McLean named Lee as the city's new police chief on June 1, and he was sworn in a month later.

On Wednesday, Lee gave his first one-on-one interviews, including one with KTVB reporter Joe Parris.

He answered questions about 'defund the police' rallies, enforcing mask mandates, and how his previous experience will help in Boise. Below is the transcript from the interview.

You can also watch the full interview in the YouTube player below:

Joe Parris: As a citizen of Boise as Ryan Lee the man, who is Ryan Lee, and what would you want people to know about you on a personal level?

Boise Police Chief Ryan Lee: That's a good question. I think the first thing that I would tell is I'm a family man, I've been married for over 25 years, I've got two wonderful children that are getting older, which means I'm getting older as well. But I'm a person who very much, that is driven by moral and ethical commitments. That I'm very committed to my family and my community, and I look forward to this welcoming home.

Parris: In the midst of a pandemic and of social justice movements across the country, understandably political climates are very tense right now, including here in Boise. Of course, a number of weeks ago there was a big demonstration in front of City Hall, the defund the police rally. It got out of hand, and well documented. Boise police two weeks ago were looking for people caught on video that were fighting each other, punching protesters back and forth. You can talk about what groups were there all day but next Tuesday, there's another defund the police rally. Heading into that, what is your mindset of how we handle that situation? There was a lot of criticism on how it was handled last time and that police maybe let it get out of control.

Lee: Well I think it's fair criticism. We should always be willing to listen to our critics, I think. To your point, you're talking about what an exceptional event this was. That sort of incivility towards others, that's not a Boise value. It was very surprising as much as it was shocking to the citizens, it was surprising for police department to see and they responded. But, there is that moment where it was unfolding the way it is. With that said, your First Amendment rights, your right to free speech, regardless of what the content is, that's a constitutional right. We will do everything we can to protect it. We're going to move forward to a much more robust plan. We intend to make sure that groups are separate as much as possible. Regardless of what content may be said from one side or the other, and that's really an oversimplification, and that if there is any sort of criminal conduct that there's quick intervention to that effect.

Parris: I've seen calls from people online saying 'you're the new Chief of police, he should be there next Tuesday.' Do you plan on being there and watching the rally or being there as an observer to see what happens?

Lee: I will be engaged, that's a fair way of describing.

Parris: A driving force of these defund the police rallies is these growing pockets - not just here, but across the country - of distrust in the police, a distrust in law enforcement. A common theme in some communities is, well we don't feel like they have our best interests at heart. We don't think the police want to defend us because we're out here saying we want to defend them. To those people that just don't trust law enforcement right now, what's your message to them to assure them that Boise Police is here to protect all people regardless of political opinions?

Lee: Every member of this police department, every sworn member, took an oath to support and defend the Constitution, not just of Idaho, but the United States. Enshrined in the constitution is your First Amendment right. There's nothing more important to a police officer than their word and their integrity. We took that oath, we intend to uphold it, we will do everything we can to protect people's First Amendment rights. It's vital to the health of our republic. And we'll do everything we can to protect it.

Parris: Another real tense debate nationally and here in Boise, masks and mask mandates. As they continue to come down there are questions about enforcement. I spoke with a [Boise] city leader yesterday who told me, it's almost unfair to ask our police to enforce mask orders because there's already a growing disrespect for them. We don't want to put this type of extra pressure to have them being the mask police on top of them doing everything they already do. How do you handle these mask enforcements as they start to come down, most notably yesterday? Already a specific one here in Boise and now in Ada County.

Lee: It's really an education first approach. If we talk to any of the health officials they say any increase in the use of face coverings or mask to potentially reduce the transmission of COVID-19 is a benefit. From the health services standpoint, anything we can do to educate and inform people and try and get them of their own accord to don facemasks is a benefit. It doesn't put us in contention, it really ties into the heart of community policing by engaging and informing people. I think we've got to take an education first approach. Enforcement is always an option. I don't think that we've hit that tipping point where we want to exercise that. I think we need to continue to just work with the public to help them recognize the benefit it has for them.

RELATED: Wearing a face mask: Does it infringe on personal freedoms?