Some smart fourth-graders from Grand View Elementary helped get House Bill 525 into existence after a trip to the Statehouse in 2002. 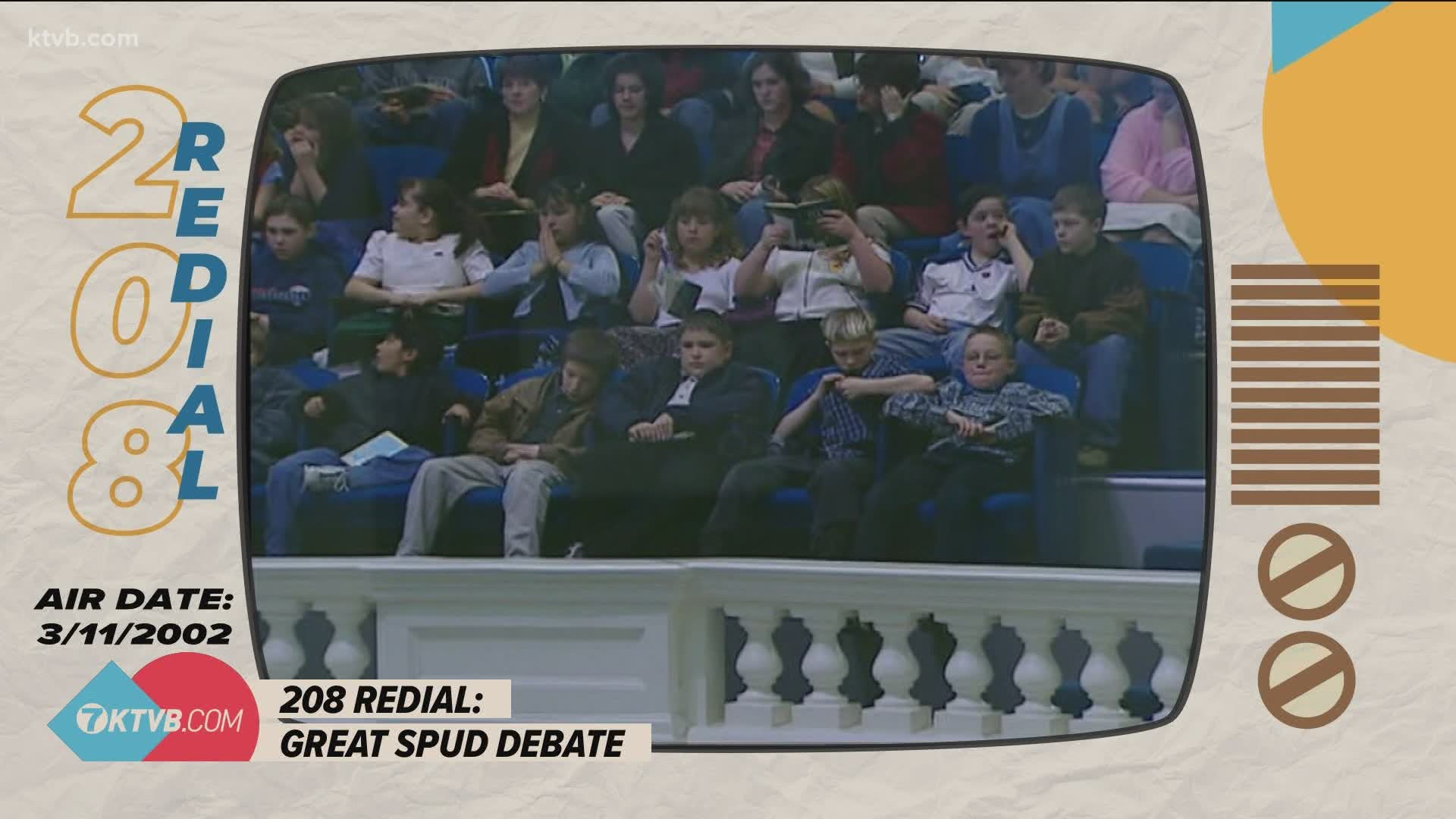 BOISE, Idaho — While Idaho may be known for its vast wilderness and swift rivers, it'll likely always been known first as the potato state.

The Gem State can't shake its roots with a different starchy type of gem but the tuber wasn't always the state's official vegetable.

In 2002, a group of fourth-graders at Grand View Elementary School gave a lesson to lawmakers who were dubious of the potato's vegetable-ness.

KTVB reporter John Miller covered the fourth graders' teaching moment for legislators and spoke with the elementary school principal about this "small french fry of a lesson of how government works."

The fourth graders' passion for the lowly potato was unrivaled. With their firm belief that the spud should be Idaho's official vegetable, some of Idaho's finest went to the Idaho State Capitol Building to will House Bill 525 into existence.

These bright minds had to overcome one sticking point made by lawmakers and grown adults: is a potato really a vegetable?

Potatoes grow in the ground, the children argued, they have roots and have always been a vegetable.

Turns out, the state legislature and then-governor Dirk Kempthorne agreed and passed the bill that made the potato Idaho's official state vegetable.

Principal David Miller told KTVB that it was a small victory for the children, in what could be maybe called a small french fry of a lesson of how government works.