The Meridian Parks and Recreation Department sorts through letters from kids to Santa, ensuring they are perfect before sending them off to the North Pole. 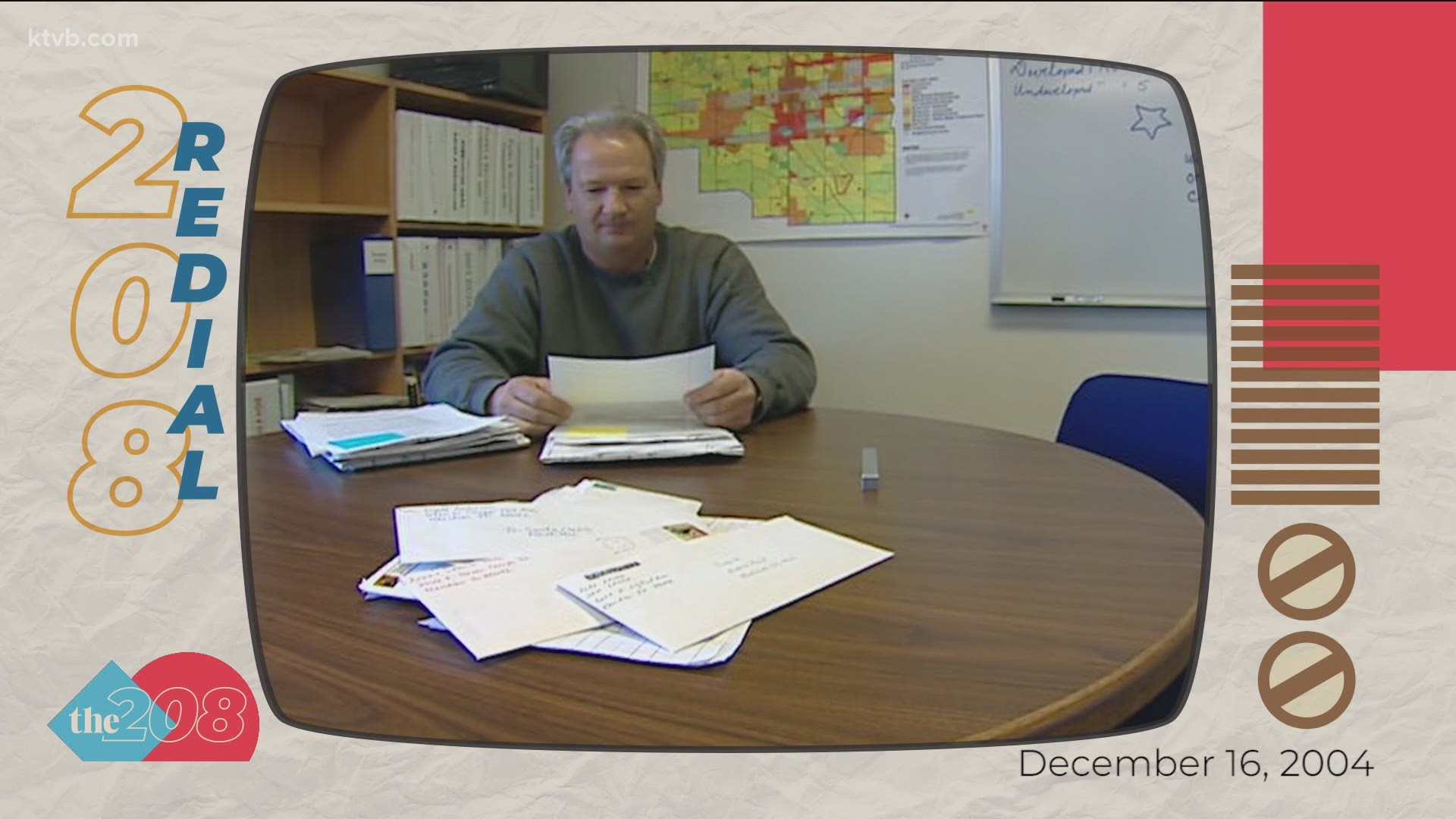 As of Sunday, Christmas Day is just five days away, meaning if you haven't sent your letter to the jolly man himself, you're cutting it kind of close.

The City of Meridian has taken initiative by saving children the cost of a postage stamp by setting out a mailbox for all Meridian children to drop off their letter to Santa.

The city has been doing this for at least 16 years, acting as a transfer station to the North Pole to alleviate those address problems.

Back in 2004, KTVB dropped in to see some of those letters as the Meridian Parks and Recreation Department was making sure all letters were readable for the man in red.

Every year, St. Nick gets a little letter help from the City of Meridian from a mailbox.

If you wrote what you want for Christmas in crayon, however, chances are it probably passed through the hands of the city's Parks and Rec department.

The employees have become a kind of Santa-sorting station.

So what did those children ask the big man for?

Wish lists were rather versatile, ranging from a white bunny with straight ears and a pink nose to a new bike.

Chances are every wish was fulfilled, thanks to the children's well written, creative letters.

This year, the city of Meridian said they got a lot of letters, more than they have seen in recent years.

On brand with COVID-19, some of those children got a chance to have a virtual visit with Santa, where he read some of the letters he received:

"Dear Santa, I hope you are well. I would like a Pokémon sword and a puppy. I need my grandma and grandpa so can you make Covid gone. I want a girl elf for my mom. I hope that all people get a warm meal and money to buy a house. Have a Merry Christmas!"

If you missed this collection, there is another one of those magic mailboxes near the Santa House in Fountain Square at the Village in Meridian. Those letters are being accepted until Sunday night.