Back in 2004, Brian Holmes found a trifecta of triple digits on the hottest day of the year. 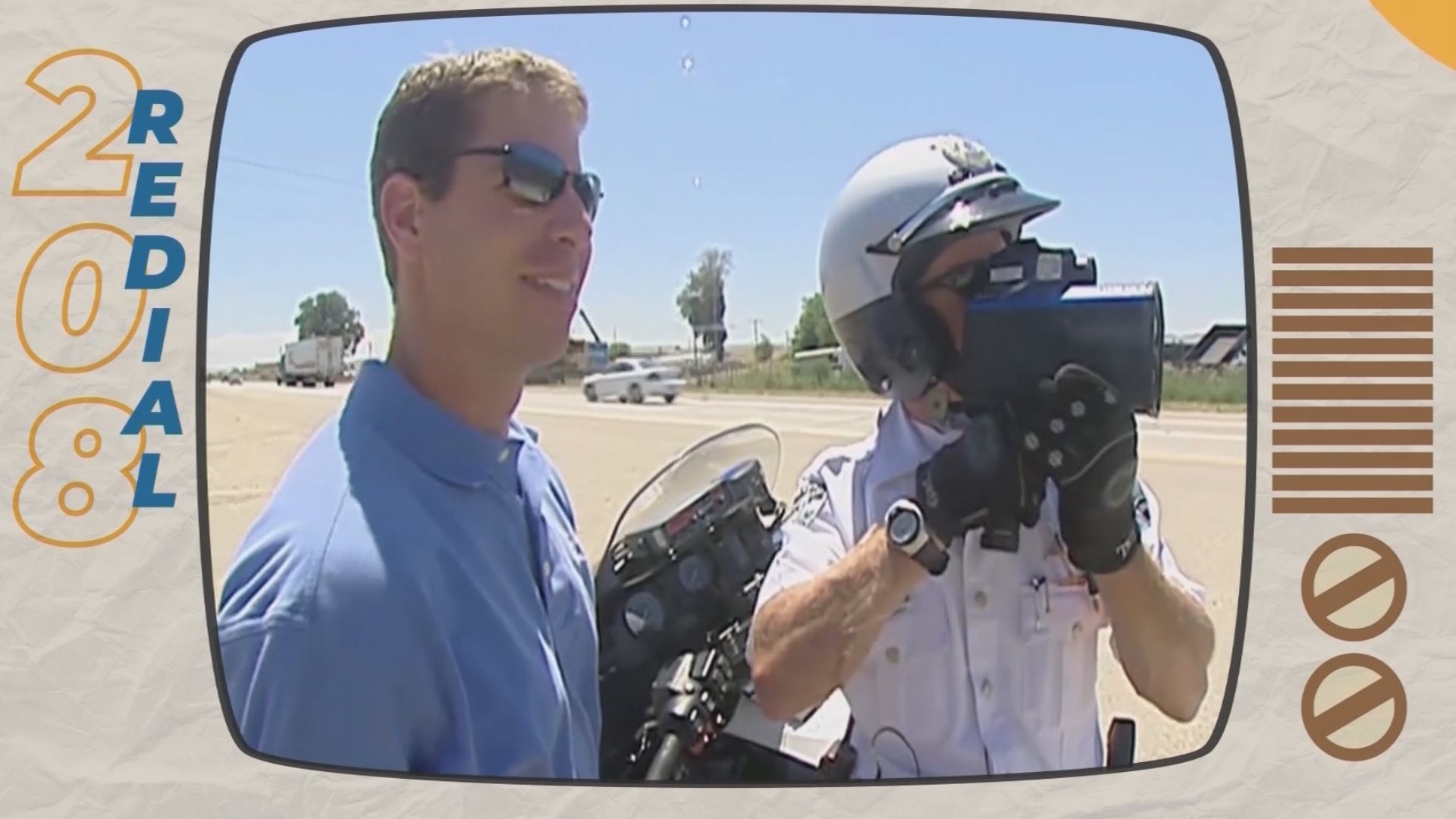 BOISE, Idaho — Editors note: This story originally ran July 14, 2004. Below is the story from that day.

On what's supposed to be the hottest day of the year so far, temperatures are expected to reach triple digits. From lemonade stands to waterfalls, other places around the city are reaching triple digits too.

At Warm Springs Golf Course in Boise, Sammy hit his sand wedge about 110 yards from the tee as temperatures soared towards 100 degrees. The one thing that won't hit triple digits? Sammy's golf score.

"But I three-putt a lot so right there's a triple," he said.

Just off the 18th green, another near triple from Joe Taylor and his friends.

"We got a 91 over here," Taylor said. "98, he did shoot the temperature. That's approaching triple digits isn't it?"

On the interstate, Boise police officer Kyle Christensen is clocking motorists' speeds as they pass by.

"What's the fastest you ever clocked somebody at?" Brian Holmes asked.

But on this day, he didn't find anyone driving that fast, at least on the Imperial system (miles per hour).

But what about the metric system?

"I don't' know, we don't do kilometers," Christensen said. "I think it's about 100 [kilometers] I guess that's probably about right."

At the Hillcrest Retirement Center, they have a trifecta of triple-digit tenants, including Marjory Mason, Willie Mae, and Pat Murray.

"On no," Murray said. "It doesn't feel any different than double digits."

Triple digits or not, hot is hot.