"When I first got here, I was, it was kind of hard, not really in the mood to celebrate, but it's kind of lifted my spirits a little bit." 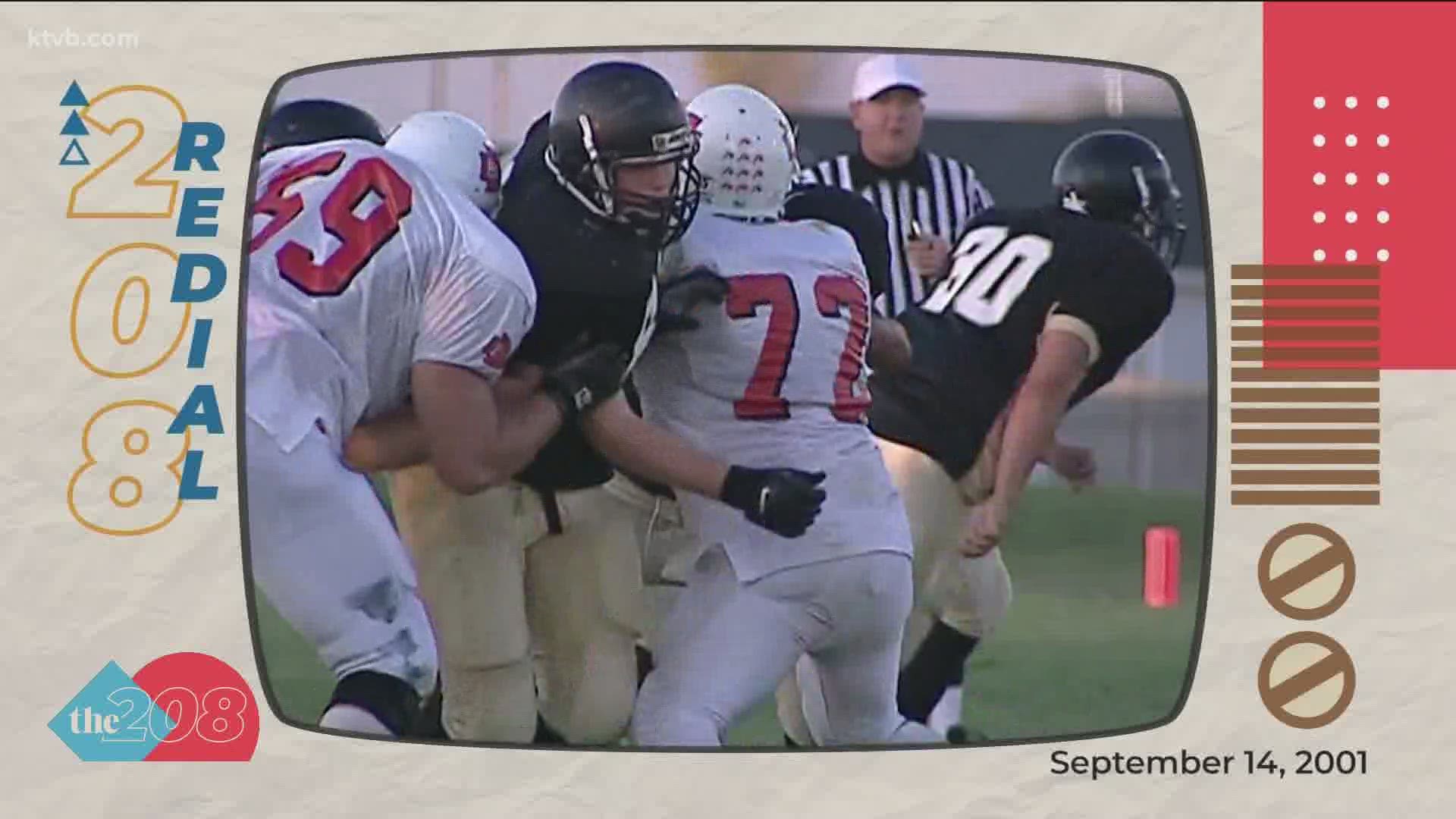 Three days after the terrorist attacks in New York, Pennsylvania, and Washington D.C., schools across the Treasure Valley grappled with how to move on.

"I think a lot about what's going to happen, how their world is going to change," one parent said.

Ultimately, a majority decided to continue on with regularly scheduled events, including high school football games.

In Kuna, the Kavemen made sure to honor the nearly 3,000 lives lost on September 11, 2001, with the playing of the national anthem and placing American flags everywhere, from in the stands to the back of their helmets.

Below are quotes from parents, students and players who were there that Friday night:

"I think it's a good distraction. They're young and they don't need to dwell on it."

"I just think that it's important that we get the word across that we're not going to sit back or be afraid, that we're still going to go out and live our normal lives," one student said.

"I'm glad to be here tonight. It's been a sad, real horrible, horrible week and it's nice to have something to think about other than what we're watching on TV."

"When I first got here, I was, it was kind of hard, not really in the mood to celebrate, but it's kind of lifted my spirits a little bit. It's like I say, it never leaves your heart but it's you know..."