208 Redial: The 'River Sculpture' at the Grove Hotel

On June 1, 1999, artist Allison Sky unveiled her 'River Sculpture' to the city of Boise. To this day, it is still attached to the Grove Hotel in downtown Boise. 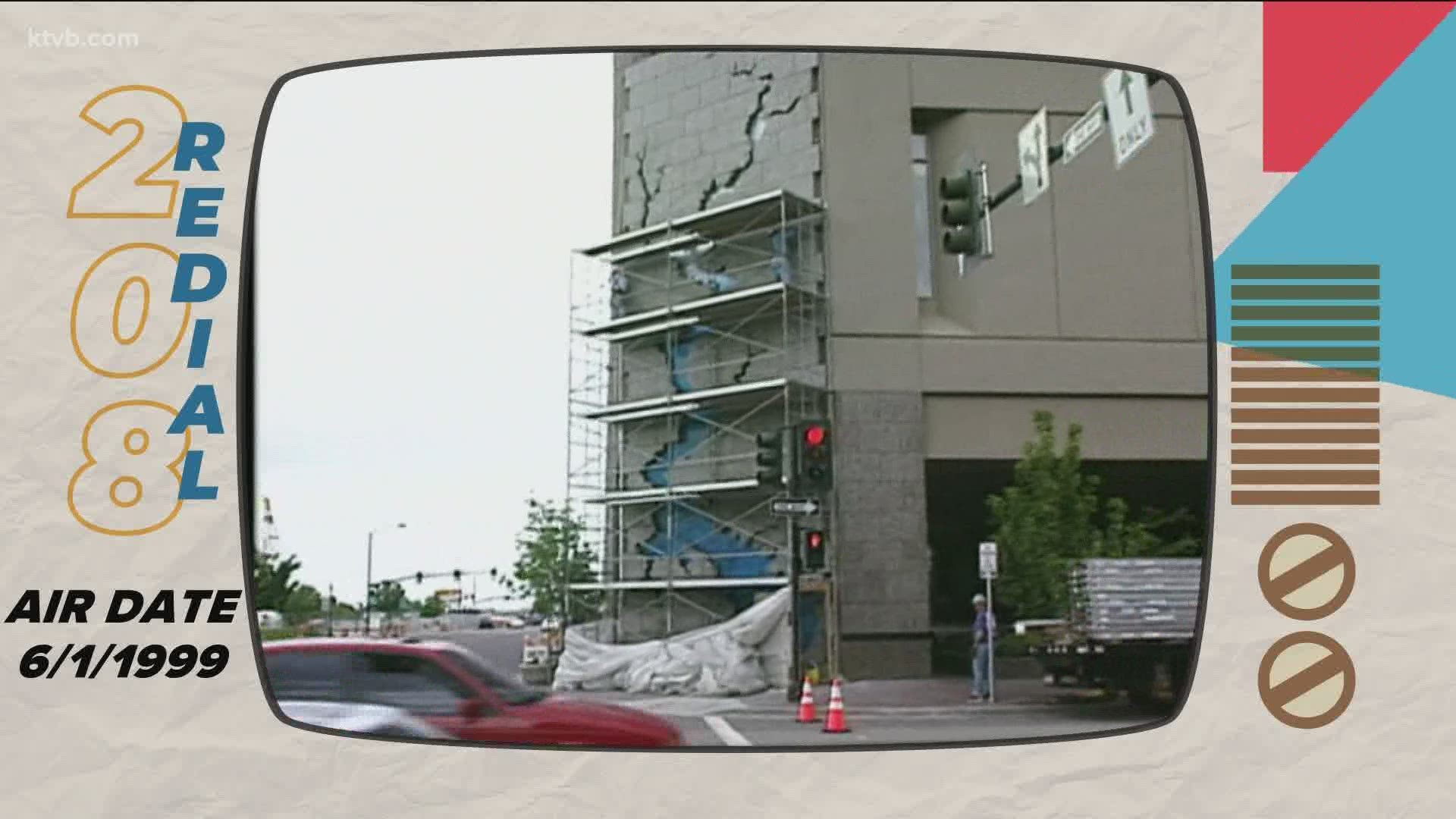 On the Corner of Capitol Boulevard and Front Street is a 50-foot high facade on the Grove Hotel.

The artwork entitled "River Sculpture" is one of the most prominent pieces of art in Downtown Boise. Allison Sky, the artist, said it was meant to serve as a celebration of water.

Before the Grove Hotel was built in 1998, researchers found evidence that a network of canals once existed beneath the city streets.

In "River Sculpture," a vertical river cuts through the granite skin of the walls of the Grove. This creates an illusion of water bursting out of the ground and the wall.

The sculpture originally contained a misting mechanism but was turned off in 2010 due to ongoing maintenance issues.

The city of Boise kept the project under wraps during construction, but on June 1, 1999, the tarp came down and Sky's work was revealed to the city.

Former KTVB life reporter John Miller was present at the unveiling and was able to gauge some of the first reactions to the new public art.

Since its unveiling, the sculpture is still eliciting strong opinions from onlookers.

With Sky's permission, the city of Boise decided to completely rebuild the sculpture in 2015 but kept much of the original intent.

Crews removed the original blue background and installed 140,000 one-inch blue and green glass tiles to give the sculpture a more modern, vibrant look. However, the updated sculpture does not look much different from the original.

The granite was cleaned off and the neon lighting was replaced with LED lights. To this day, the sculpture still lights up at night.