Albion State Normal School was a two-year college opened in 1893 to teach Idaho's future teachers. It closed in 1951, but some students may not have left. 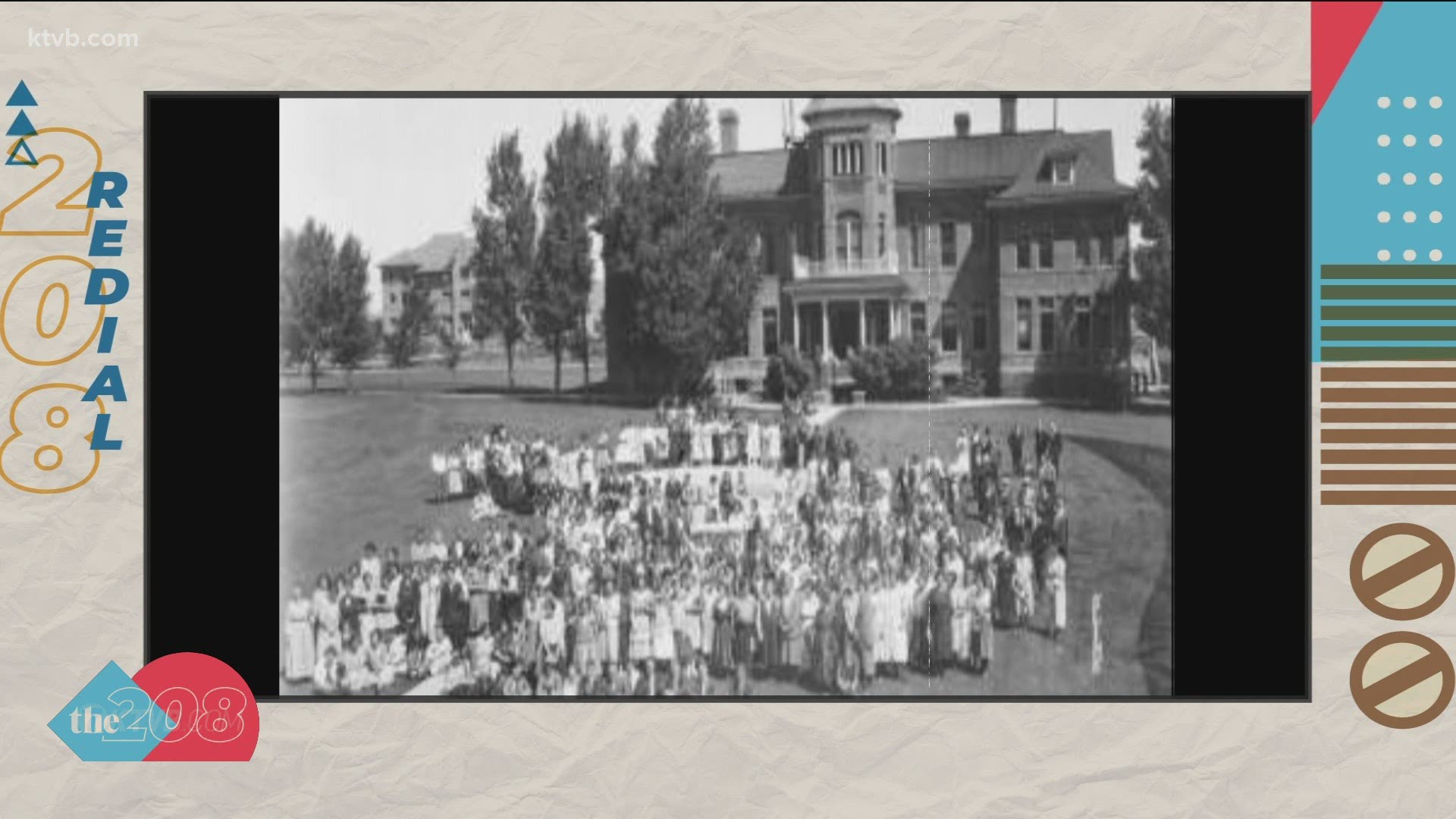 Just three years after Idaho gained statehood, the town of Albion was more than just a stop between Boise and Salt Lake City.

His family ties to Albion go back two generations before he was born here 82 years ago. Growing up Kelley went to grade school like almost everyone else in Cassia County. "Right here, at Albion Normal," he said.

Albion State Normal School was a two-year college built in 1893 to teach Idaho's future teachers. It closed in 1951 and by that time some 6,000 student-teachers had passed through this campus. But some would say some of them, and some of those who served them didn't fully depart.

"There was the lady that would walk across the grounds at two in the morning with a backpack on that was trying to go to school," recalled Heather Mortensen. "I mean, I heard all kinds of stories."

Mortensen and her husband bought the 35-acre property at auction 10 years ago with the intent to turn it into a retreat and event center. But every October, with the help of those stories, they turn the campus into a haunted house tour.

"So, this is Comish Hall and I think it's around 50k square feet," said Mortensen, standing on the steps out front. "And it's the women's dormitory."

Because of this building, she says she became convinced haunted wasn't just a holiday gimmick.

"It looked like a flashlight but not bright, it looked like kind of a dim flashlight, kind of moving around in there," remembers Mortensen. But they quickly discovered nobody was inside. "Nobody in the whole building."

Kay Powell worked as a night watchman there for 10 years, and he's heard of several sightings of a dark-haired woman around the women's dormitory.

"She'd be at the end of the hall or something and just kinda disappear," Powell explains.

It was the same woman supposedly seen by a paranormal investigation team while they were setting up their equipment.

"And they came running outside and said, 'We just saw this lady standing in the hallway wearing a white dress!' recalls Mortensen, who asked if they caught it on camera. Their answer, she says, "We didn't get it hooked up in time."

It was another Halloween night when Mortensen remembers clearing Comish Hall at closing time when she passed a scared couple coming down a set of stairs.

"And they were looking up and they were listening, as I heard as well, a voice that said, "Please don't leave. Wait, come back," Mortensen said. "And it sounded like a young woman or a young boy, I couldn't tell which."
But when she continued upstairs, "I took my flashlight and scanned the whole second floor and looked everywhere. And could not find anybody."

Mortensen is still kind of a skeptic, even after all these years, but having met so many that went to school at Albion more than half a century ago she understands why they wouldn't want to leave.

"They met their spouses here, they just have such good memories of going to school here that if they have passed on, I feel like maybe they're traveling through and wanting to revisit those memories that were so important in their life."

Memories that may linger longer than the broken-down buildings they inhabit.

"There been too many things happen to deny it, I guess," Powell said.