208 Redial: Looking back on former Idaho Gov. Kempthorne's State of the State address

20 years ago, Gov. Dirk Kempthorne was serving his first term as Idaho's governor. Surprisingly, the topics of discussion back then have not changed much today. 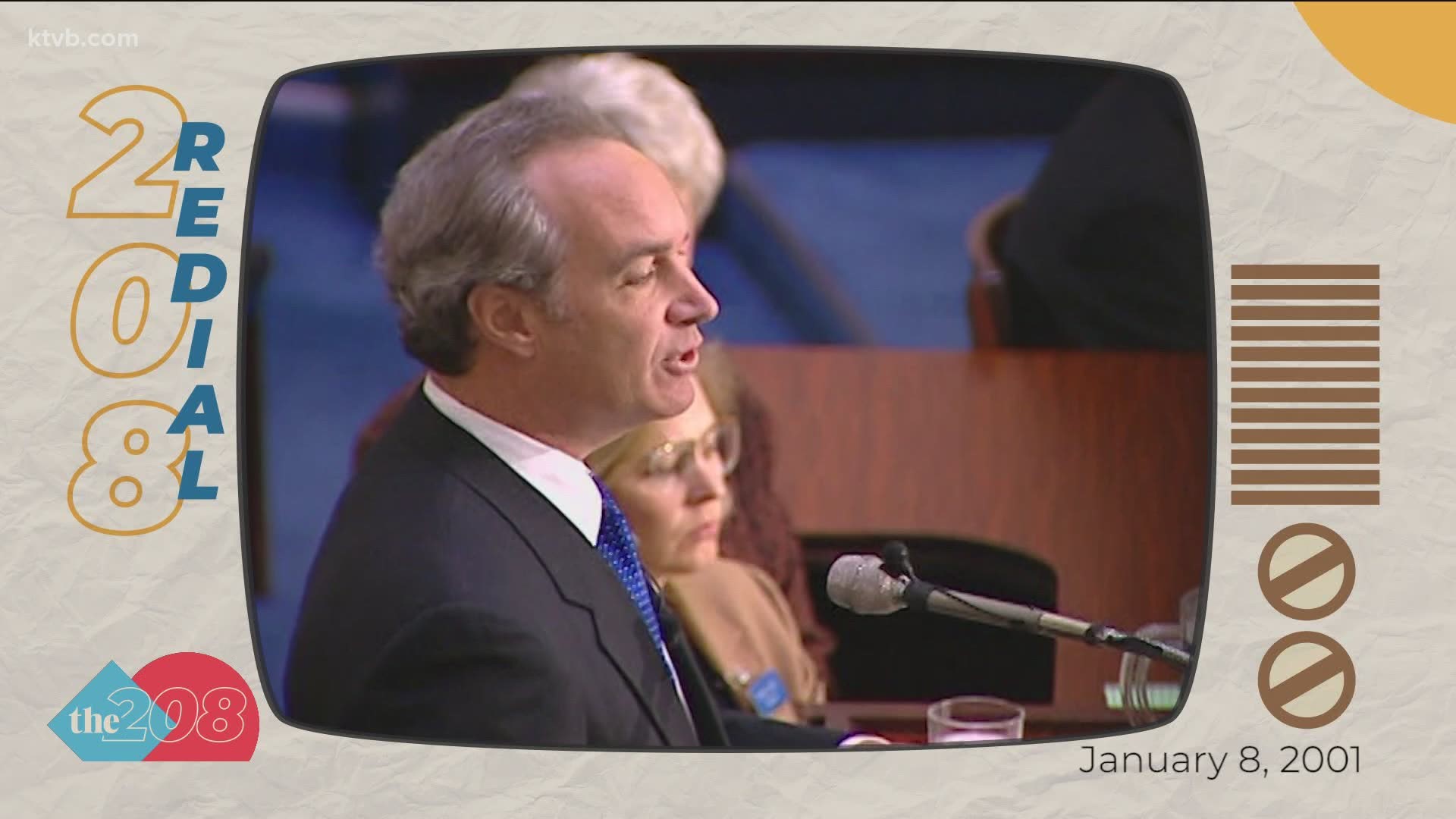 On Jan. 11, 2021, Idaho Gov. Brad Little will address the legislature and the people of the Gem State in his third State of the State Address.

20 years ago, another Idaho governor was giving his third State of the State Address. Gov. Dirk Kempthorne was serving his first term back in 2001. Surprisingly, the topics of discussion back then have not changed much.

Two decades ago, education, prison conditions and agriculture were still prominent issues to many Idahoans.

"It takes a long time, I don't know If we can meet the deadline, and we've already really disrupted the schools as far as training is concerned," Jaquet explained. "I view the accountability at this time is too fast."

"Well, I'm not much of a naysayer," Sandy said. "I say if you're going to be a naysayer, let's not even start. Who says we don't have time to do it? Let's give it a run and give it a try."

Despite the effort and the establishment of the Idaho Standards Achievement Tests (ISAT) in 2004, reading scores did not improve by much.

The number of children reading at Basic level by third grade topped out at 70% in 2007 and has hovered below ever since, according to Nation's Report Card.

While the state's reading scores have remained consistent throughout the years, math scores have slightly increased.

In 2005, Idaho's math scores were over 4.5% higher than the national average for fourth graders, with 86% of students at or above basic levels. This was the highest increase for the state than in any previous years.

Since then, however, math scores have dropped into the lower 80% range.

In his speech that year, Kempthorne said he was given a recommendation to build a new prison every two years for the foreseeable future. If that were the case, Idaho would have received ten new prisons to date.

Kempthorne declined, however, stating that simply "warehousing" people was not a solution. Idaho Republicans warned that while rehabilitation should help in the long-term, the state prisons could experience overcrowding in the meantime.

"I am concerned about that because that's one area that will take a little while for that to kick in," Sandy said.

Other than the South Boise Women's Correctional Center. which was already planned and opened in Spring 2002, only one state correctional facility has opened in the last 20 years.

Kempthorne appointed a Family Farm Security Task Force in 2001 to review laws and regulations to improve conditions in the agriculture industry.

That session, farm-workers were extended federal minimum wage in Idaho, thanks to H.B. 71, signed into law in March 2001.