208 Redial: Picking out the perfect Halloween costume in 1998

From box office thrillers to presidential scandals, 1998 was full of big headlines - and ideas for the perfect Halloween costume. 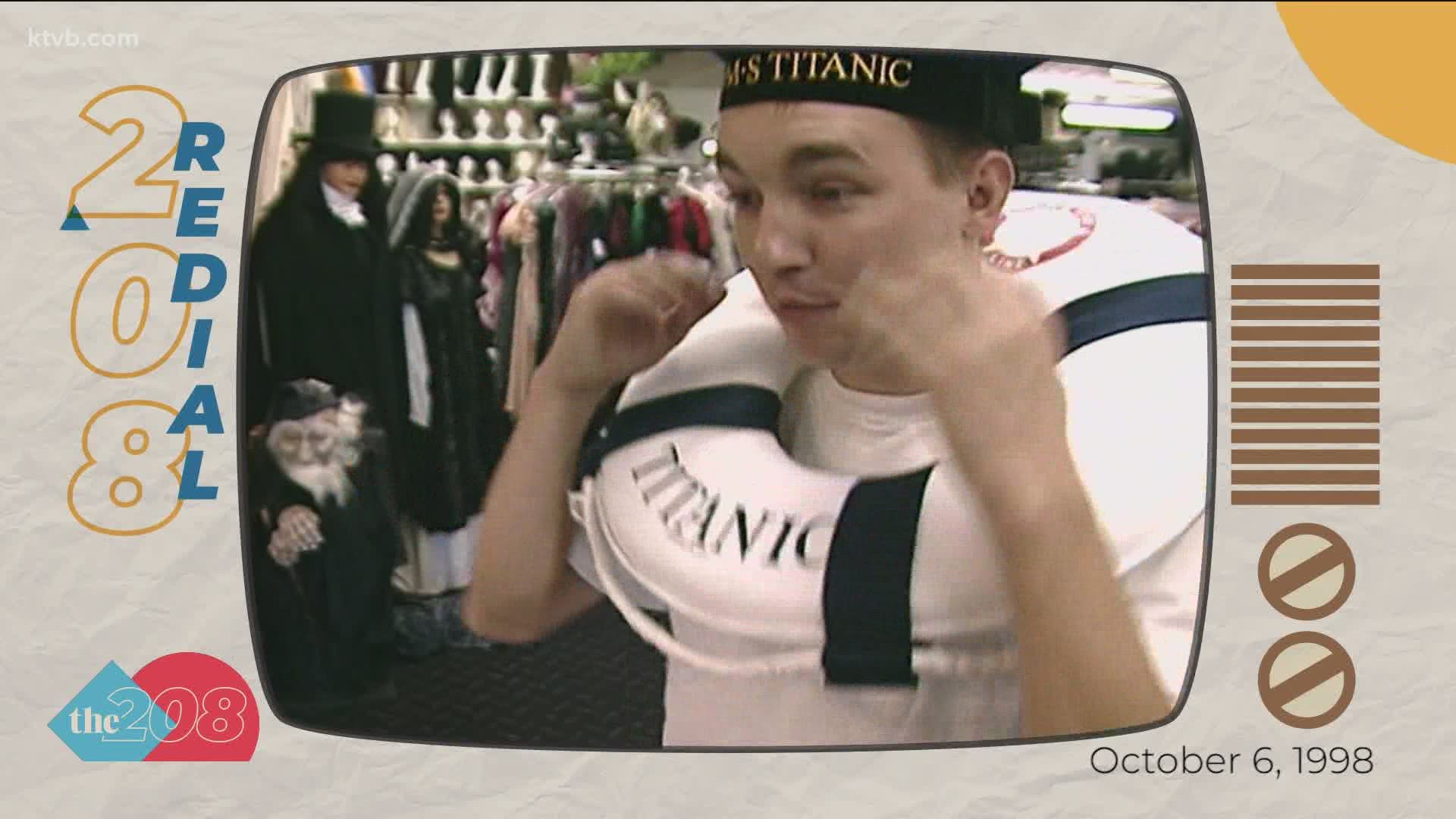 GARDEN CITY, Idaho — Do you remember what life was like in 1998?

Turns out, that year produced some pretty big headlines:

President Bill Clinton was impeached after famously denying he had an affair with White House intern Monica Lewinsky.

Hit TV show "Friends" was in its fifth season. "Titanic" was still at the top of the box office, despite its release a year earlier.

And arguably the most important modern-day invention hit the market: the Google search engine.

Also in 1998, Idaho Life reporter John Miller paid a visit to the now-shuttered Costume Shop in Garden City looking for the perfect Halloween costume to encapsulate all that was 1998.

Editor's Note: The story in the video above originally aired on October 6, 1998.