208 Redial: Idaho bed and breakfast goes to the dogs 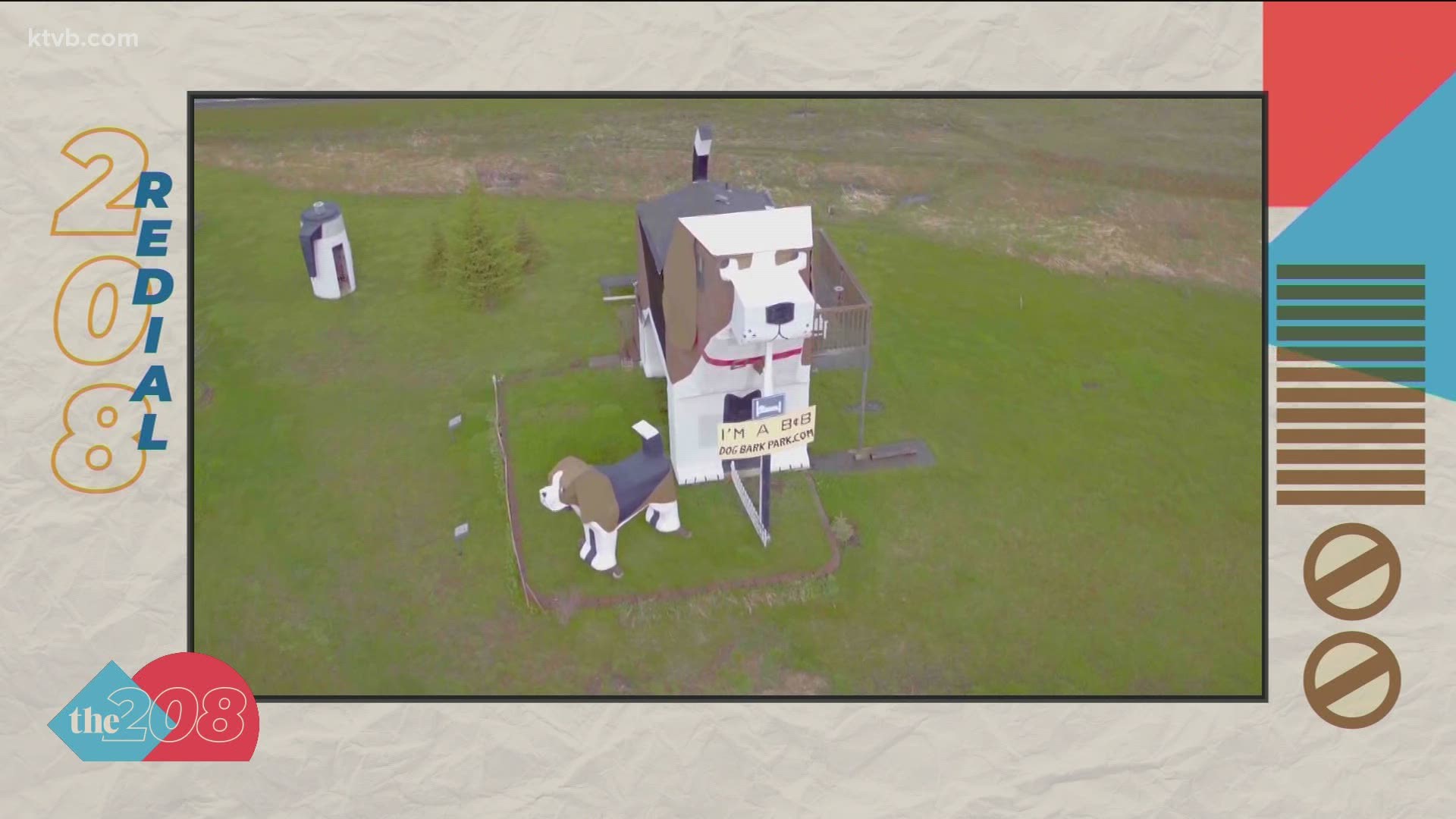 COTTONWOOD, Idaho — Wednesday is International Dog Day and, according to Reader's Digest, the most popular dog breeds in Idaho are labradors, goldens and German shepherds.

But it's a beagle in Cottonwood, Idaho that you could say is drawing the most attention in the state -- from all over the world.

Back in 2017, we took a trip to a bed and breakfast on North Idaho's Camas Prairie that is truly one of a kind.

Below is the original story from May 9, 2017. Watch the video in the player above.

It started with a plan written on a restaurant napkin nearly two decades ago, and has since helped put Cottonwood, Idaho, on the state's must-see map.

The Dog Bark Park Inn is nestled in the town of just 900 residents, along U.S. 95. Sweet Willy, the beagle at the center of attention here, is the brain-child of Frances Conklin and Dennis Sullivan. They've created a unique bed and breakfast that draws people to the Camas Prairie to sleep in the belly of a 30-foot beast.

Sullivan spent 25 years as a building contractor before following his heart to the arts and taught himself to use a chainsaw. His specialty? Carving small wooden dogs.

"So, I just kept carving 'til finally I got something people could identify closer to a dog than an aardvark," he recalled.

Sullivan's hard work led to a quick shot at QVC, the home shopping channel, in 1995.

"And they purchased 10,000 of our dogs," said Sullivan, who set out to make 1,800 carved creations a month just to fill the order.

The money he received helped begin Dog Bark Park Inn, an idea conceived over dinner one night. Surprisingly, neither Sullivan or Conklin thought it was too far-fetched.

"We'd been together now for five years (at that point)," Sullivan said. "She understood I was a little loopy."

A three-month project took them about four years to complete, making it a true labor of love.

"I wanted to enjoy the process of building it, simply that," Sullivan said.

1 / 16
The Dog Bark Park is a bed & breakfast unlike any other. For 20 years, the inn, designed to look like a giant beagle, has brought in visitors from around the world. While there, guests can pick up a (much smaller) hand-carved wooden canine.

Now, entering his 15th summer, Sweet Willy, seen alongside iconic edifices like the Eiffel Tower in publications from around the planet, is now a standard stop for quirky world travelers and local school kids.

Tours have graced the grounds for 20 years. Curious visitors hear about the carving studio where more than 34,000 wooden dogs of all sizes and breeds have been crafted.

But the big moment comes with the climb to Sweet Willy's two-room retreat, where the kid's are fed facts about items inside, like the hound-covered headboard.

"This might be the only place you can sleep with 26 dogs and still get a good night's rest," Conklin remarked.

Appropriately, the bathroom is housed in Sweet Willy's hind end. A sign on the building admits the Dog Bark Park is "a noble and absurd undertaking."

"I can't believe this is where my life has gone," Conklin laughed. "It feels so right."

All these years later Sullivan doesn't argue with that logic.

"It's a magic kind of place that we've just had the privilege of stepping into," Sullivan said. "It's just amazing and I never tire of it."

Sullivan and Conklin say they still put out about a thousand carvings a year from their Dog Bark Park studio.

If you would like to spend the night in Sweet Willy's belly, it's recommended you make a reservation, or you might find yourself having to beg, as the nights fill up quickly during the warmer months.