208 Redial: Finding fun with some scarecrows in Meridian shortly after the 9/11 attacks

In 2001, Idaho Life Reporter John Miller set out to the Scarecrow Festival to find some of the 52 scarecrows and pack in as many puns as he could in 90 seconds. 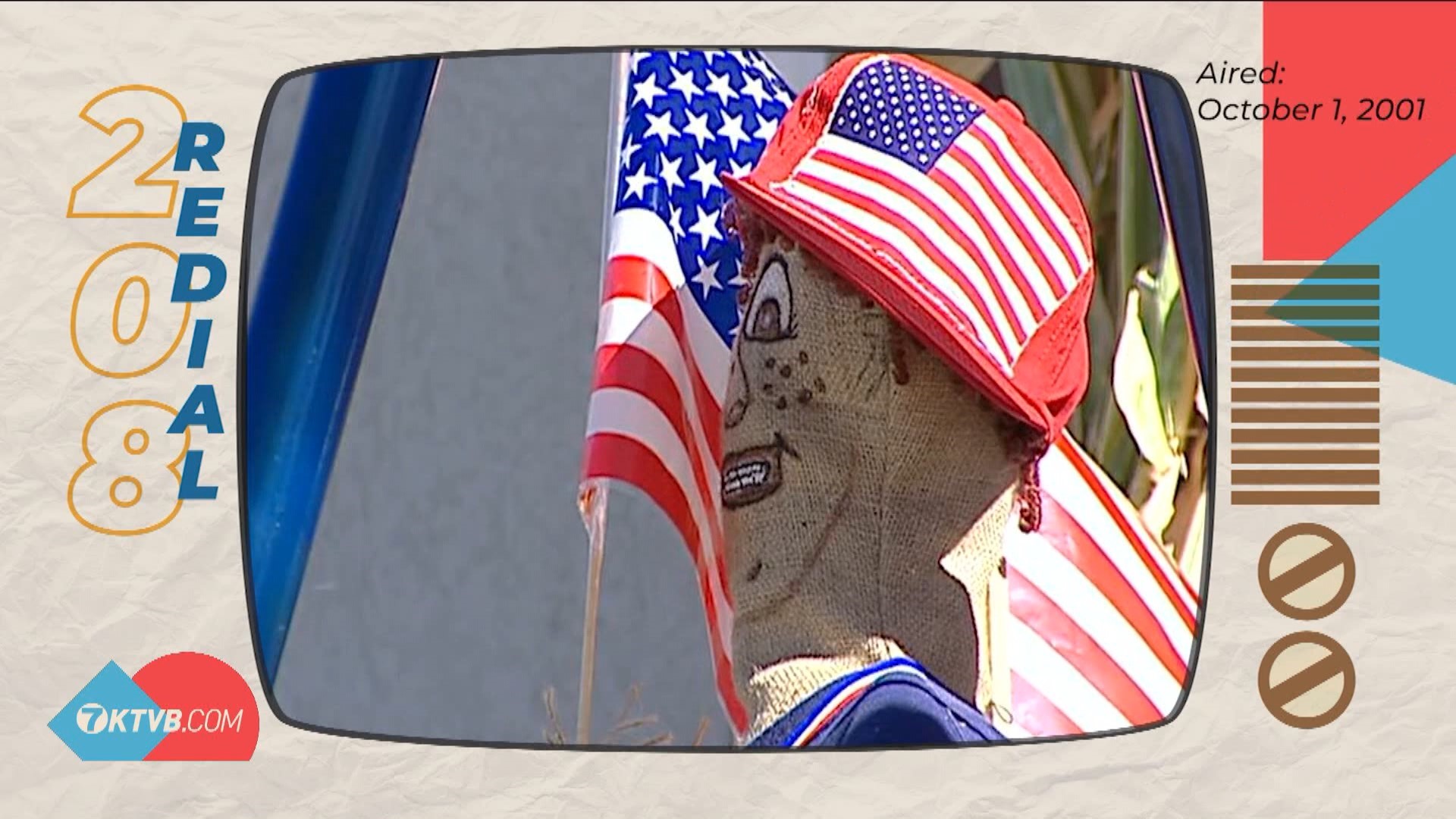 BOISE, Idaho — With Halloween just a little over a week away, the fun part of Fall is already in full swing. The changing of the colors. The brisk mornings followed by pleasant afternoons. Devouring whatever pumpkin-spiced treat to ward off seasonal depression.

But that part of Fall is nearly over. The fact that's already three weeks into October is scarier than any ghoul.

On Thursday morning, it was 32 degrees outside and the tick-tock signaling the waning moments of Fall grow louder. So before the snow starts flying and the pumpkin-spiced treats lose their spot on store shelves, make sure to get out and check out the corn mazes, pumpkin patches, or even visit some the scarecrows around town.

That's what Idaho Life Reporter John Miller did back in 2001 soon after the 9/11 terrorist attacks. KTVB threw Miller the keys to a station car and sent him out to the Scarecrow Festival, where more than 52 stuffed shirts took over several businesses in Meridian.