I'm going to jump it to get to the other side and I don't want to drive across that damn bridge," he said. 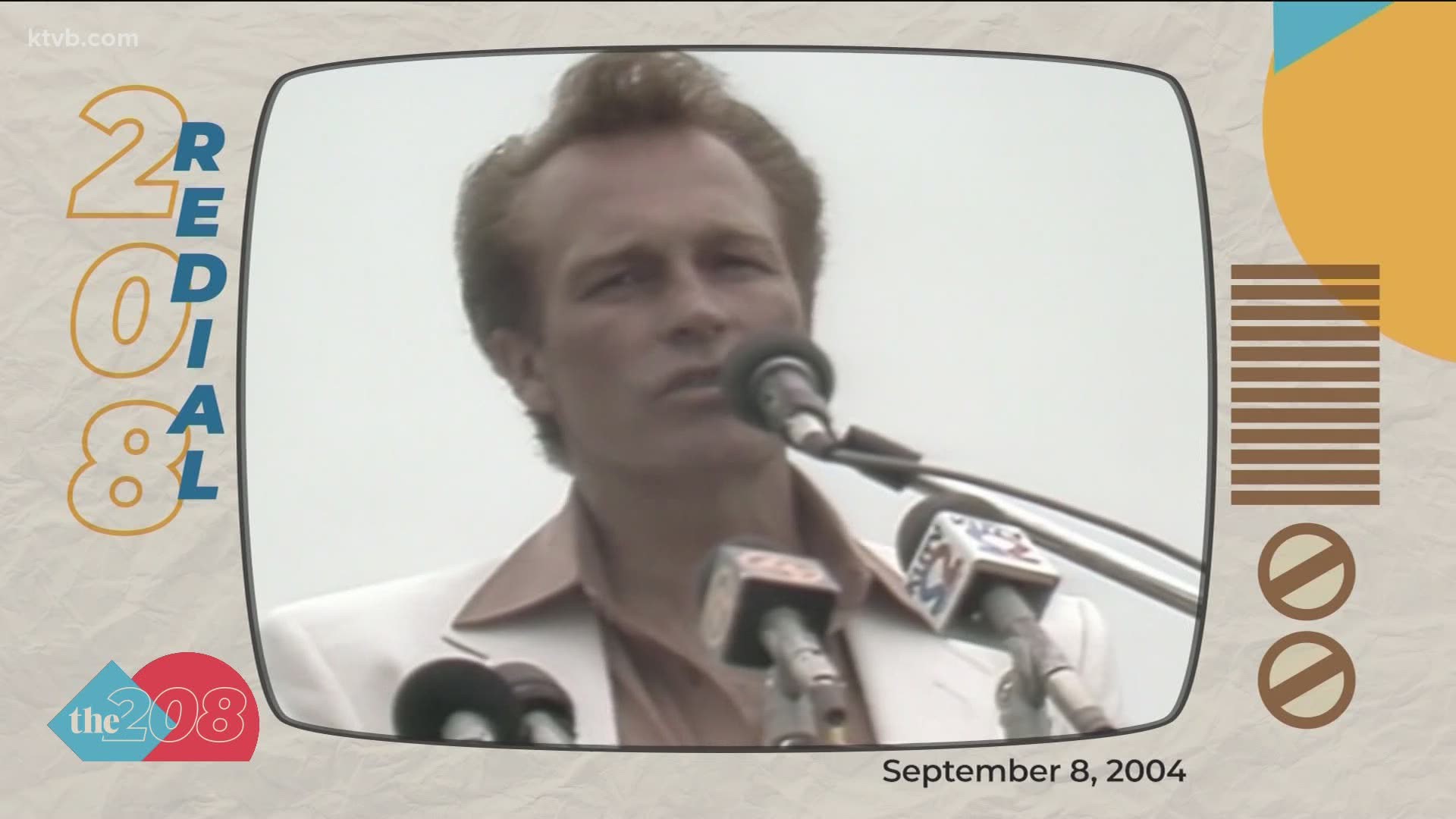 TWIN FALLS, Idaho — Forty-six years ago on Tuesday, Evel Knievel attempted to make the 1,600-foot jump across the Snake River Canyon outside of Twin Falls, which put the city in the public spotlight as the country watched the death-defying stunt.

Ten years after Knievel tried to make the jump in a single bound in his "Skycycle," the stuntman returned to Twin Falls for a ceremony celebrating his jump and his defiance.

"This great old Snake River Canyon is still standing here.  God has not moved it one single inch and that take off-ramp is still on the edge where we can see it and I don't see no big long line of daredevils standing here wanting to jump across it," he said.

A jet-powered motorcycle and a jet-sized ego were going to propel Knievel across the 1,600-foot wide canyon.

"The skycycle was designed by a young fellow to run over 300 miles an hour. I'm going to get off of it with a parachute system. I hope I'll be a thousand feet up from the other side of the canyon to get out of the thing because with gravity pulling you and a rocket pushing you it's not hard to hit the ground...a thousand feet just takes a couple seconds," he said.

Gravity and a malfunctioning parachute cut his death-defying jump to 500 feet but Knievel still made $6 million from the stunt.

"There are three mysteries to life - that's where we came from, why we do what we do and where we're going to go, you don't have the answer to any of those three and neither do I. I'm going to jump it to get to the other side and I don't want to drive across that damn bridge," Knievel said.