208 Redial: Darth Tater continues to be the hot potato after 26 years

"As we say on our t-shirt design, long, long ago in a potato field far far away that's where Darth tater came from." 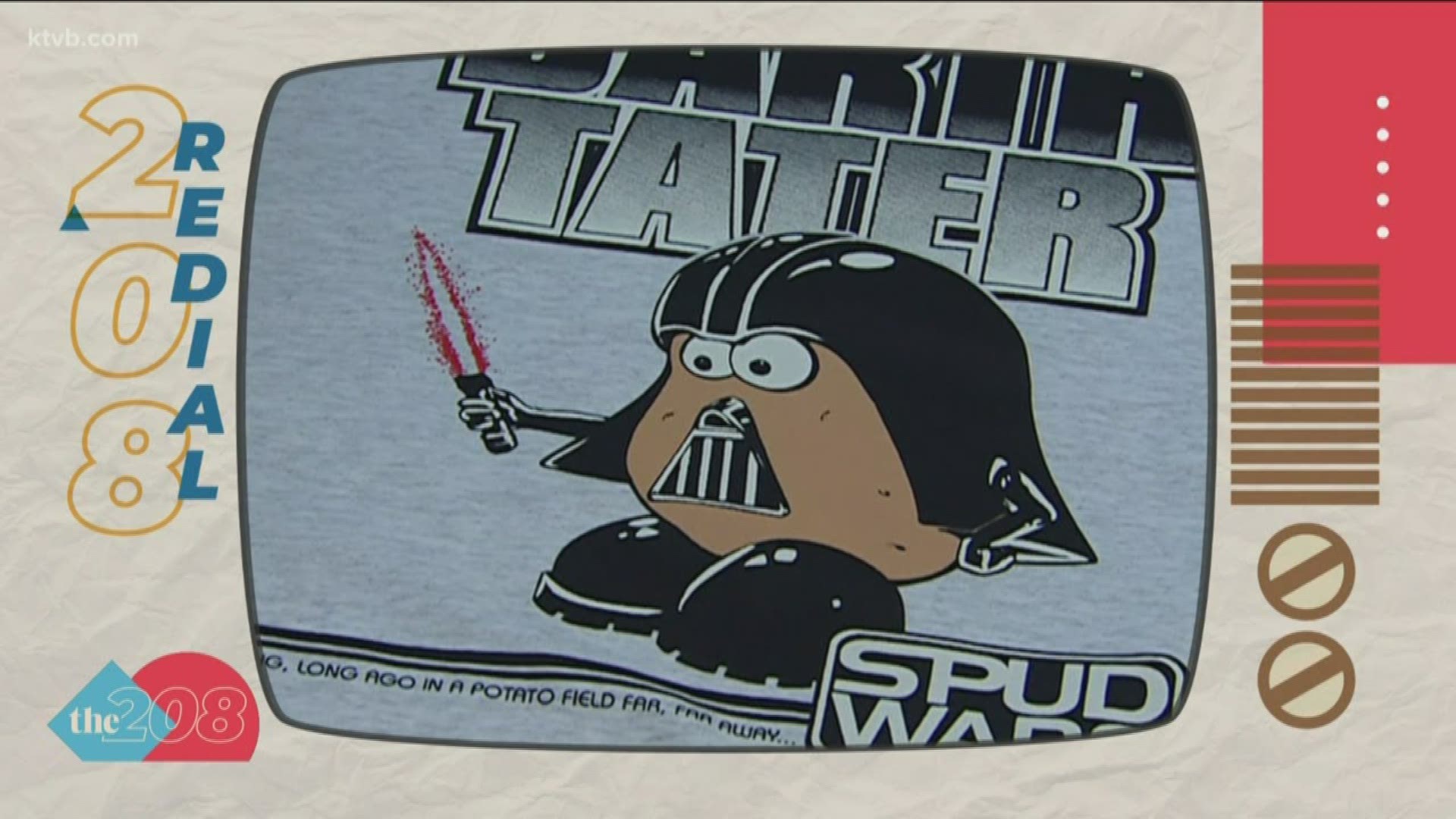 BOISE, Idaho — While the original Mr. Potato Head was just some plastic pieces that people stuck into real potatoes, the iconic spud turned to the dark side for one Boise clothing company in 1994. Since then, Darth Tater continues to rule his own empire over all other spud merchandise at Western Image.

After 53 years since his creation, Mr. Potato Head went to the dark side and became Darth Tater during a Hasbro Company brainstorming session. However, the origins of Darth Tater go back to a time long ago in a potato field far, far away.

Mark Shirrod of Western Image told KTVB in 2004 that the Darth Tater caricature was made in 1994 in order to sell more t-shirts but now no other tuber, not even Arnold Schwarzenatater, Harry Potater, or Spudbob Starchpants, comes close to rivaling this dark lord.

"As we say on our t-shirt design, long, long ago in a potato field far far away that's where Darth tater came from," Shirrod said. "It's been our number one selling shirt since 1994, year in and year out."

Darth Tater will likely rule over the Mr. Potato Head galaxy for years to come because as Shirrod said, "We've been very successful cause the force is with us."

While Western Image closed down some years ago, the copyrights for Darth Tater went to the owner of taters, the potato-centric shop in downtown Boise, in 2016. The owners of taters told KTVB that Darth Tater is still one of their hottest items.