Once school board trustees voted to make an official mascot for the college, the end was neigh for Sparkles, the unofficial mascot endeared by students and staff. 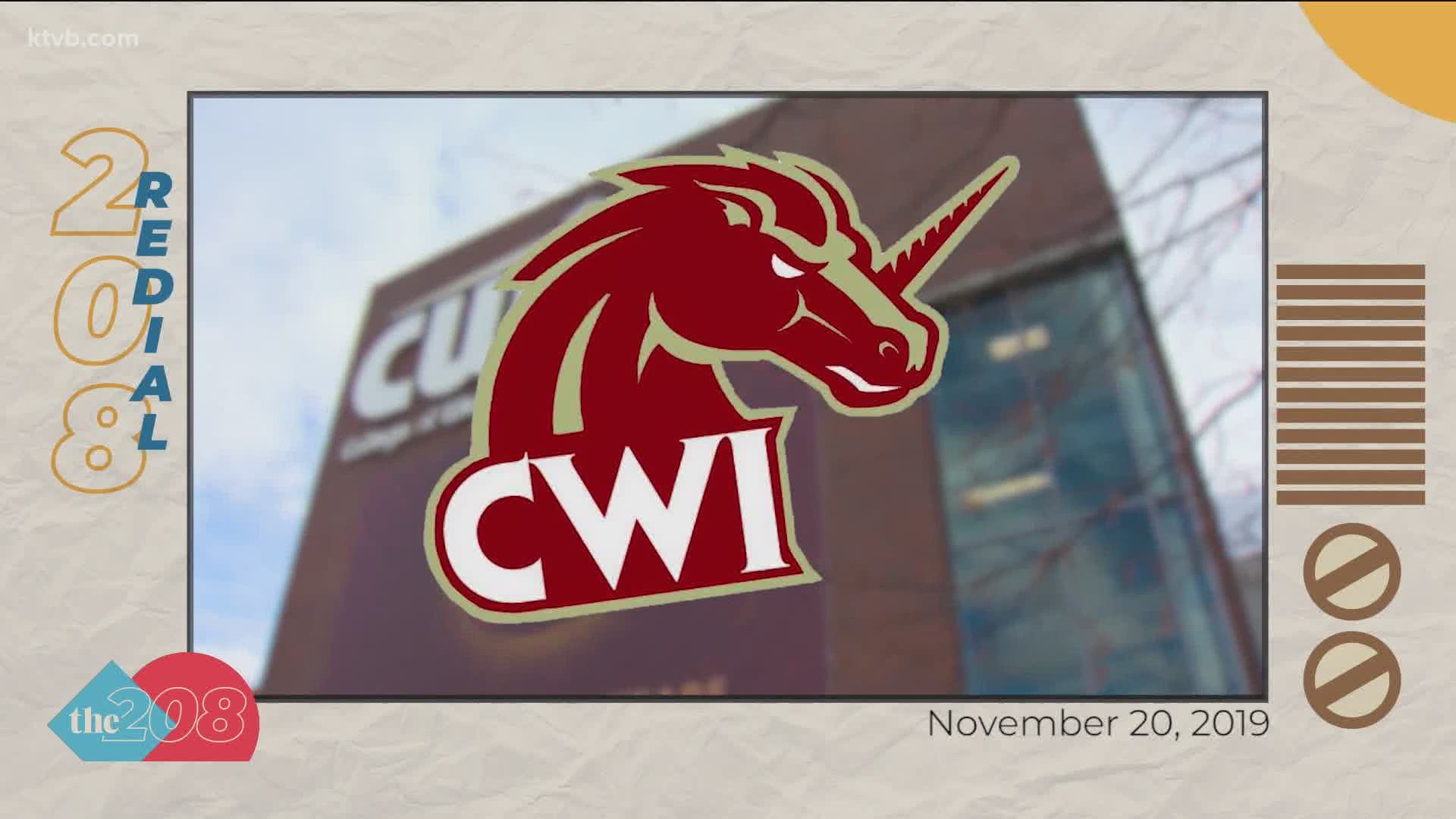 CALDWELL, Idaho — Many icons face a less than illustrious death but few suffered such indignation as Sparkles the Unicorn, the unofficial mascot of the College of Western Idaho. Sparkles had a good life until their home outgrew him and wanted to go in different directions.

For the first ten years of CWI's existence, the community college had no official mascot but the students and staff gave life to Sparkles, a true mascot and representation of a school.

Sparkles came to be after the college was founded in 2008 at what was once Boise State University's Nampa campus. Early on, there were numerous old Boise State logos left behind.

In 2019, associate professor of history Reggie Jayne spoke with Brian Holmes for an Idaho Life feature and explained that it started with a quick joke.

"And our vice president, Victor Watson, jokingly remarked, 'I'm going to get a bunch of horn stickers and put them on the Broncos and we'll be the Broncocorns,'" Jayne recalled.

CWI's board of trustees eventually decided it was time to give the college an official mascot and narrowed down from 1,300 survey submissions to three.

The board later decided to make the mascot an otter, an ode to former Gov. C.L. "Butch" Otter.

CWI said they plan to release their otter logo later this fall.