208 Redial: Renovating the building where bills become law in Idaho

In 2001, KTVB life reporter John Miller met two column consultants from across the pond, with a resume that includes the columns at Windsor Castle, the queen's home. 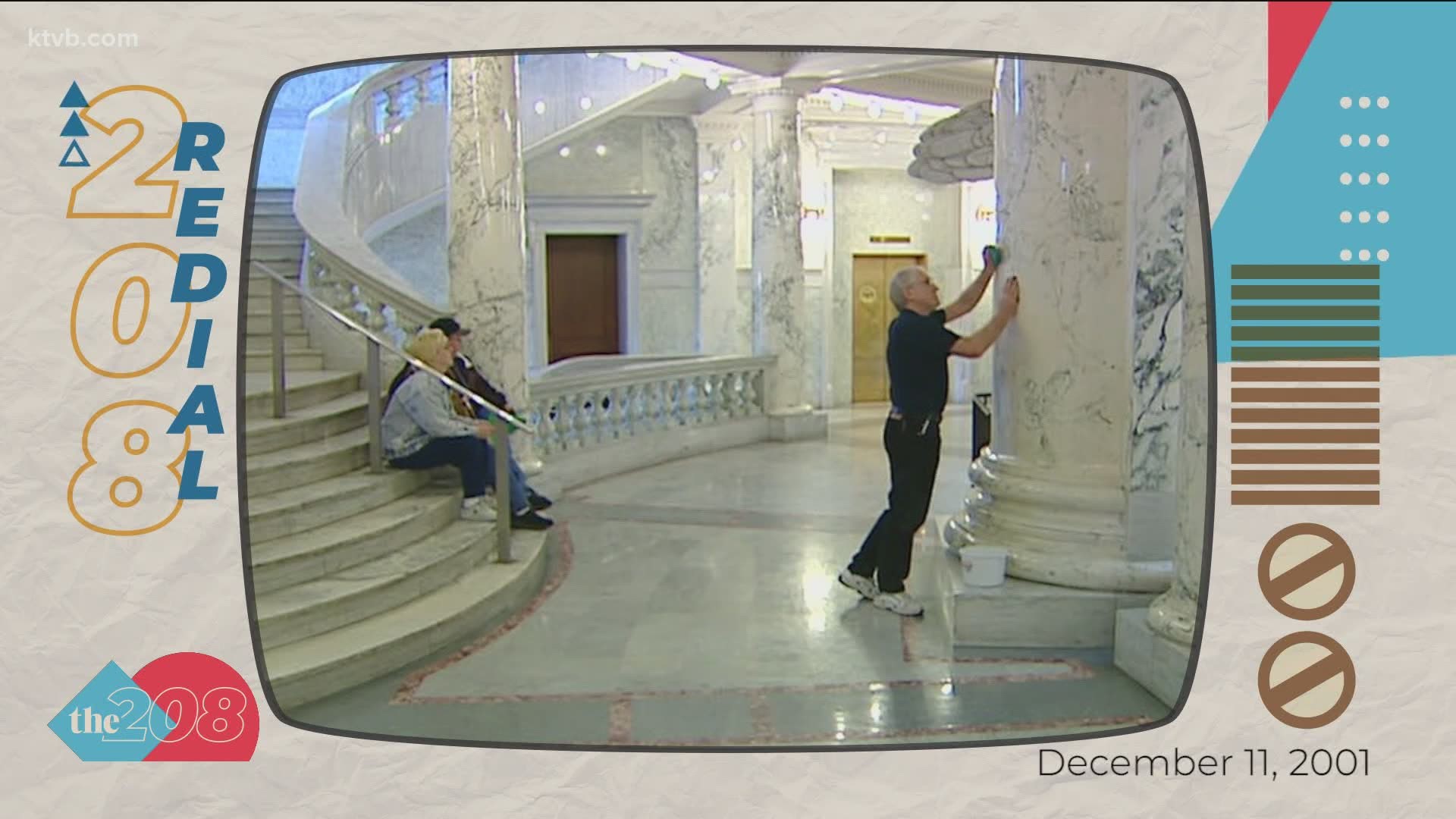 In 1998, the Idaho Capitol Commission was founded to draw up a master plan for future renovations and restorations to the Statehouse. In 2001, the Legislature approved millions of dollars for Phase One, which included the exterior renovations.

That same year, KTVB life reporter John Miller met two column consultants from across the pond, with a resume that includes the columns at Windsor Castle, the queen's home.

They were in Boise to take care of the Capitol's interior columns, which aren't as glamorous as they seem.

David Hayles and Douglas Mack were thrilled with the columns in the Capitol, which most people mistook for marble.

"I think they're brilliant you know," Hayles said. "But this is scaliola. It's not really marble, is what people should know, it's not real marble. It's plaster."

Hayles, the world's leading column expert, was all too happy to explain how the plaster was applied with large pieces of oilcloth nearly 100 years ago.

The problem in 1974, however, was the columns were coated in a shiny polyurethane with egads a paintbrush.

"It's rather like trying to persuade a lady that she's got too much makeup on, and once you dissuade her of that fact, she removes that makeup and you come over here, you can see that she's actually quite pretty," Mack said.

There were about 200 gaudy ladies in need of a makeover in the Statehouse. The question will no doubt come down to how much it will cost to get them what they need.

The pair told John Miller that, structurally, the columns are very impressive and could last another 200-300 years.