In 2001, KTVB reporter John Miller went to Bread Loaf Rock off of Highway 55 to make a baloney sandwich, with a side of graffiti. 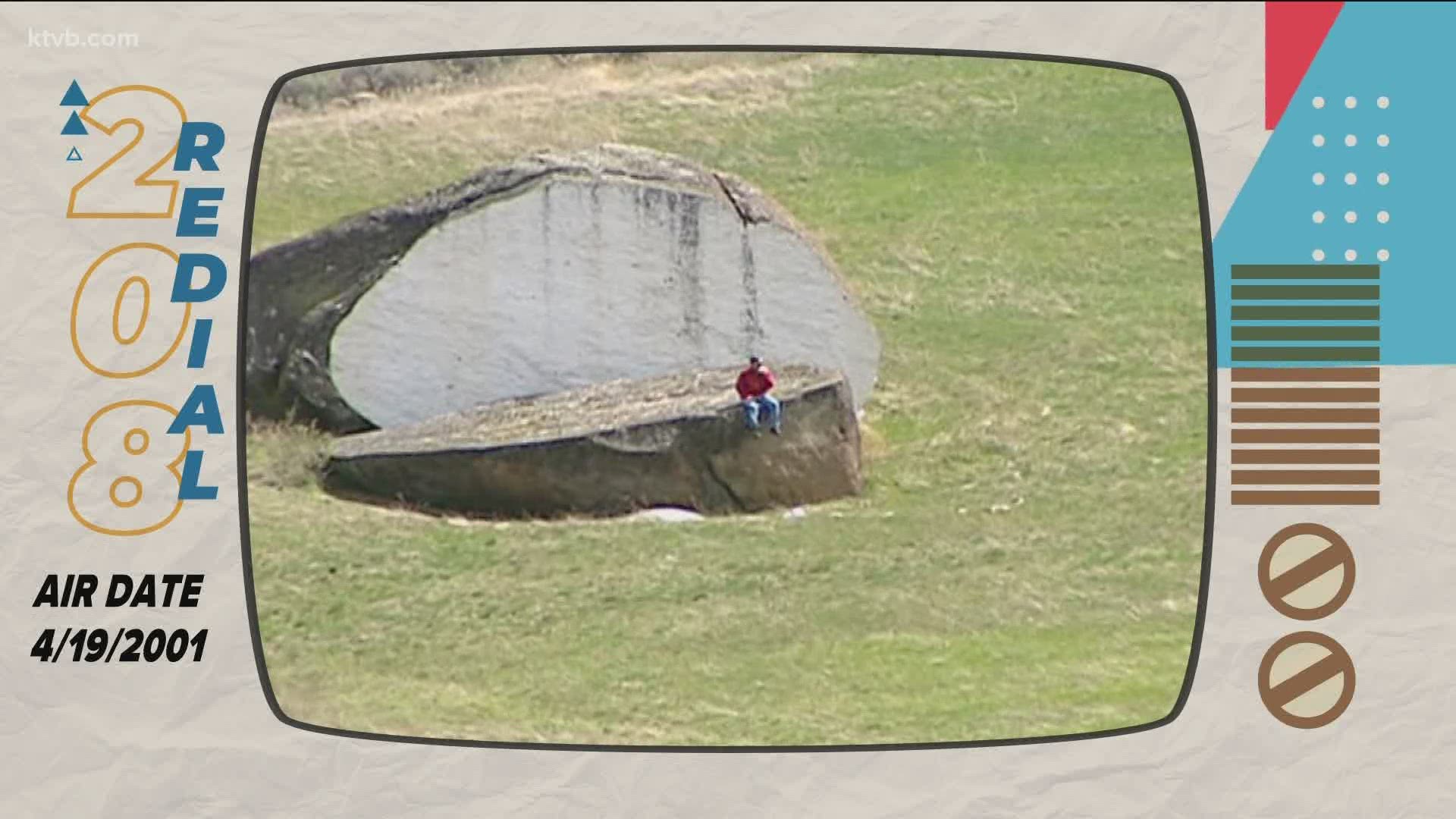 HORSESHOE BEND, IDAHO, Idaho — After Highway 55 altered its course, Bread Loaf Rock takes a keen eye to spot now but 21 years ago, KTVB reporter John Miller made the trip to Horseshoe Bend to capture the makings of what could be the largest baloney sandwich ever made.

"How in the world a giant boulder becomes a giant loaf of bread is anyone's guess," Miller said.

He was told by Horseshoe Bend residents that it's been there since 1947.

Once out at the boulder, Miller decided it was the right time to make a snack on Bread Loaf Rock, a bread, rock and baloney sandwich. With a side of graffiti. Miller was told school kids have been painting it for 33 years.

The 208 was recently told that high school students have kept it painted white over the years. The prehistoric monolith has now seen more than than 50 years of kids keeping it as a geological Wonder Bread.

However, the lone boulder is now on private property and old Highway 55 is no longer maintained.