"You know, a simple toy gave me more in life than I could ever expected from it." 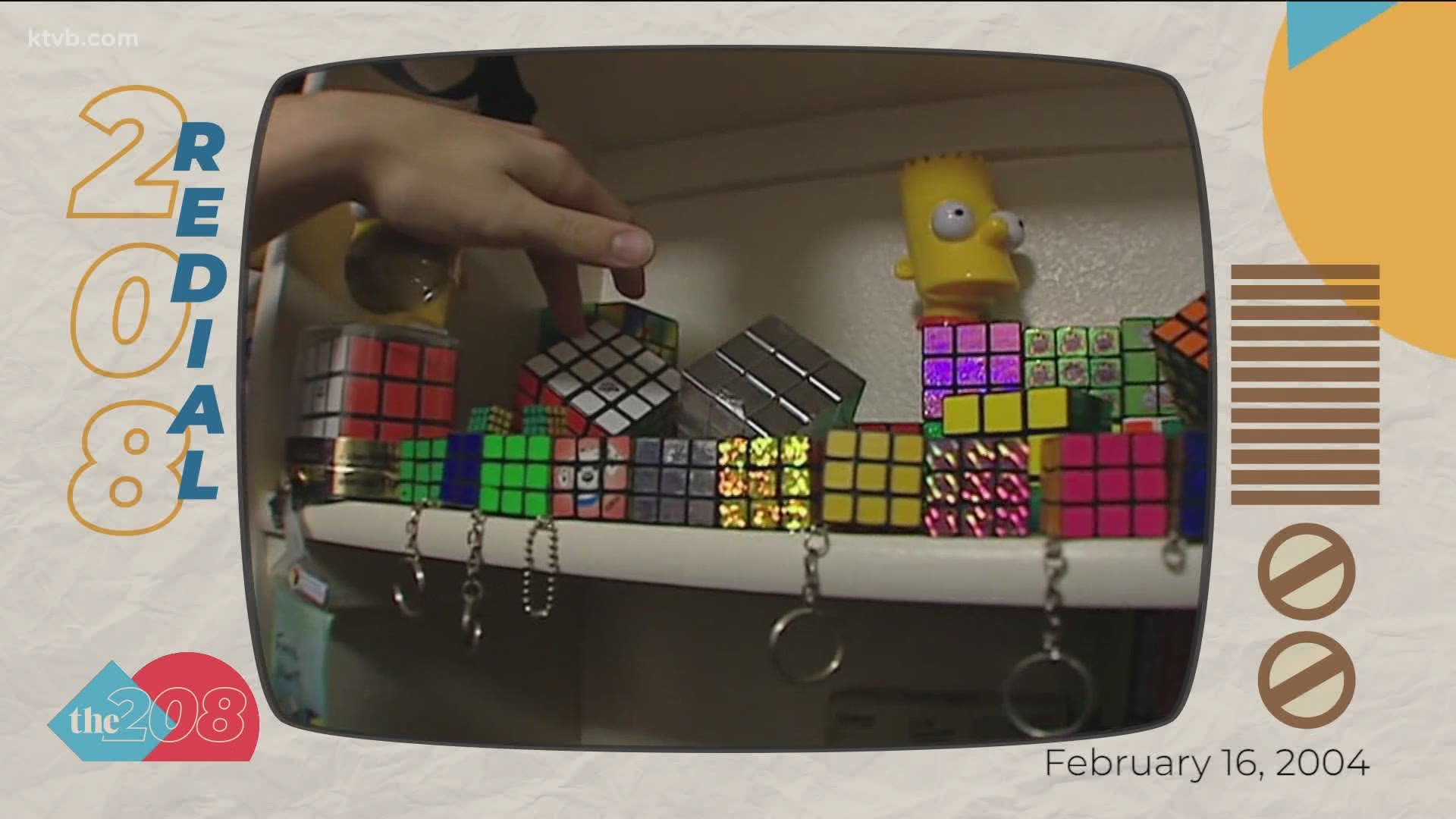 BOISE, Idaho — For most, the Rubik's Cube is an 80's toy icon and brief hobby many picked up while stuck at home during the coronavirus pandemic. For Frank Morris, it was his ticket to fame 16 years ago.

It took Morris of Boise a week to solve his first Rubik's Cube, but two years later in 2004, KTVB spoke with the puzzle master about being the ninth-fastest Rubik's Cube solver in the world.

Morris explained that there are 43 quintillion possibilities in a Rubik's Cube and he simply explained his trick.

"I think ahead, cutting out possibilities."

His average at the time was just under 17 seconds, which was the ninth-fastest at the time.

"There are more combinations in a Rubik's Cube than there are seconds in the existence of the world," Morris said.

In 2004, Morris said he didn't think there would be any way he would forget how to solve one of the cubes.

Morris moved back to Boise last year after his career took him across the country.

Earlier this week, The 208 reached out to Morris to see if he could still solve as fast he could so many years ago.

"Yeah, so I competed in a handful of world championships and then traveled the world ended up kind of hanging it up after doing some promotional stuff but it was my 15 minutes and more," he said.

Those championships, Morris explained, were for solving the five-by-five cube and he said he was the first one to finish one under two minutes, with his best time around a minute and 30 seconds.

Morris put the competitive cube down for good in 2009 after the world championships in Germany.

"It's kind of humbling to pick it up now and not be what it used to be but I still have fun with it," he said.

When he attempted to solve a Rubik's Cube, Morris completed it in 18.86 seconds, which is lightyears faster than anyone else who picked up one in their free time this year.

His time is still four times slower than the world record but he feels like he made the most out of this 80s icon.

"You know, a simple toy gave me more in life than I could ever expected from it."