On Sept. 22, 2005, KTVB's Adam Atchison told the story of how the loss of old and gas production in the gulf caused higher prices at the pump in Idaho. 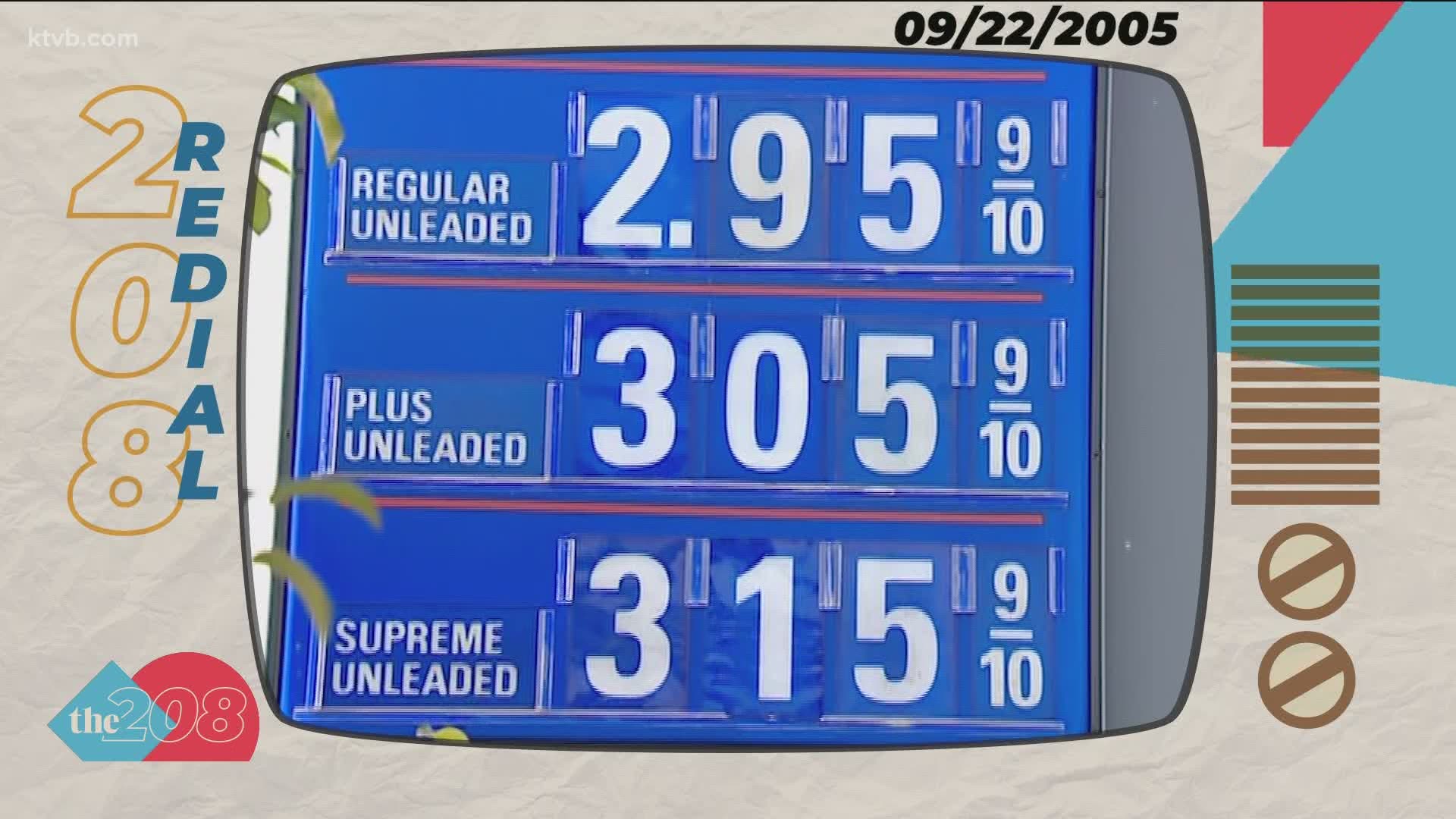 BOISE, Idaho — The 2020 hurricane season is one of the most active seasons ever, with so many storms that names for them that scientists had to dip into the Greek alphabet for more.

With a season like this, many people are looking back at the 2005 hurricane season and the first one to use the Greek alphabet. In 2005 alone, seven storms made landfall on the eastern seaboard.

On August 29, 2005, Hurricane Katrina hit New Orleans, killing 1,800 people and causing a shockwave that would be felt across the country. The category-three storm struck the Lousiana coast and caused between $108-170 billion in damages, the costliest natural disaster in U.S history.

In Idaho, the shockwave from Katrina's devastation was felt at the gas pump when the Gulf of Mexico had to halt crude oil drilling operations.

On Sept. 22, 2005, KTVB's Adam Atchison told the story of how the loss of old and gas production in the gulf caused higher prices at the pump in Idaho.

It's becoming a necessary evil, paying big bucks at the pump. Just weeks ago, the devastation caused by Hurricane Katrina caused gas prices to soar. AAA Idaho says drivers here in the state are paying about $2.90 per gallon on average.

But as oil refineries in the gulf hunker down for another direct hit, Rita could fuel more pain at the pump.

AAA Idaho says prices may be over $3 a gallon in the U.S again but the storms could also spark higher prices on your gas bill.

“Where Rita has targeted Houston and Galveston, it is the primary production for both oil and natural gas in the United States,” he said.

Fadden says the commission only adjusts rates once per year, so if there's an impact on Idaho prices, consumers will likely feel it next fall.

"We'll likely see it in about a year, unless the market is so volatile that the company comes in twice a year instead of once a year. Hopefully it won't be as strong as they predict it will be and it won't do as much damage,” he said.