The Spanish Flu hit the U.S. in 1918, with some of those lessons coming back during the coronavirus pandemic. 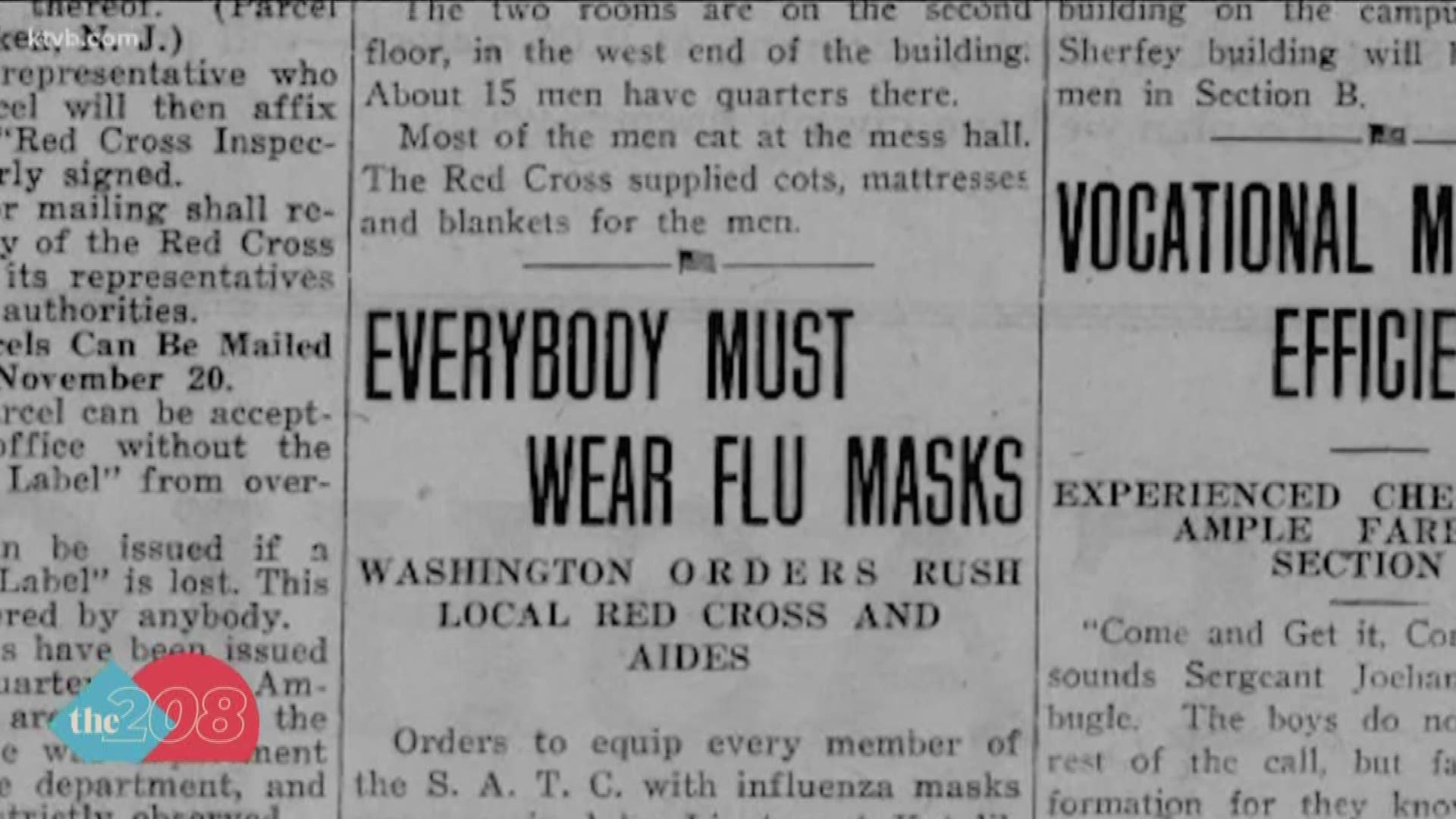 BOISE, Idaho — To mask or not to mask? Not only is that the question now, but it was also a question people asked before more than a century ago during the Spanish flu of 1918.

Back then, the answer was handed to Idahoans. Masks weren't 'strongly' recommended, but wearing a mask was actually required in cities and small towns across the Gem State.

In the fall of 1918, newspapers of record from across Idaho were filled headlines and countless columns about the ongoing Spanish Flu pandemic.

In the Idaho County Free Press from October 24, 1918, the epidemic appeared to have reached a crest with two deaths and more than 50 cases in the vicinity of Grangeville. But according to County Health Officer Dr. Stockton, that was a conservative estimate.

But masks were worn by workers at businesses and at least half of those who were on the streets wore gauze masks on their nose and mouth.

A week later in the Daily Star Mirror in Moscow, a headline read 'Everyone must wear masks,' after the State Board of Education closed all schools in Idaho, not because of any cases, but out of precaution. Children also weren't allowed to congregate in Moscow.

Masks' efficiency was questioned even then, like in the Emmett Index on October 21, 1918, but as a precautionary measure, they were still recommended by most of the leading physicians and surgeons.

Two weeks later, that same paper had the President of the University of Idaho strongly urging students and teachers to not leave Moscow for the weekend, quoted as saying "students and instructors have no moral right to endanger the health of members of other communities by traveling and possibly carrying the disease."

In Blackfoot, The Idaho Republican noted the influenza situation was very prevalent in early November, with the health board meeting at the courthouse to announce new rules, including "everyone appearing on the public highway or in public places must wear gauze masks...and even gave standards for how those masks should be constructed."

They "prohibited lingering in businesses longer than necessary," and "all meetings of whatever nature either inside or outside are prohibited."

There was even contract tracing, with train passengers being required to register and state where they came from, including the status of the disease from their original location.

Those messages aren't much different than what health experts are recommending everyone do today, including "the gauze mask is considered the only real protection and if everyone would wear a mask the disease would soon be checked."