What started in 2001 as a backyard party has grown to much more. The nonprofit is named for Laurel Richter, who lost her battle with breast cancer nearly two decades ago. 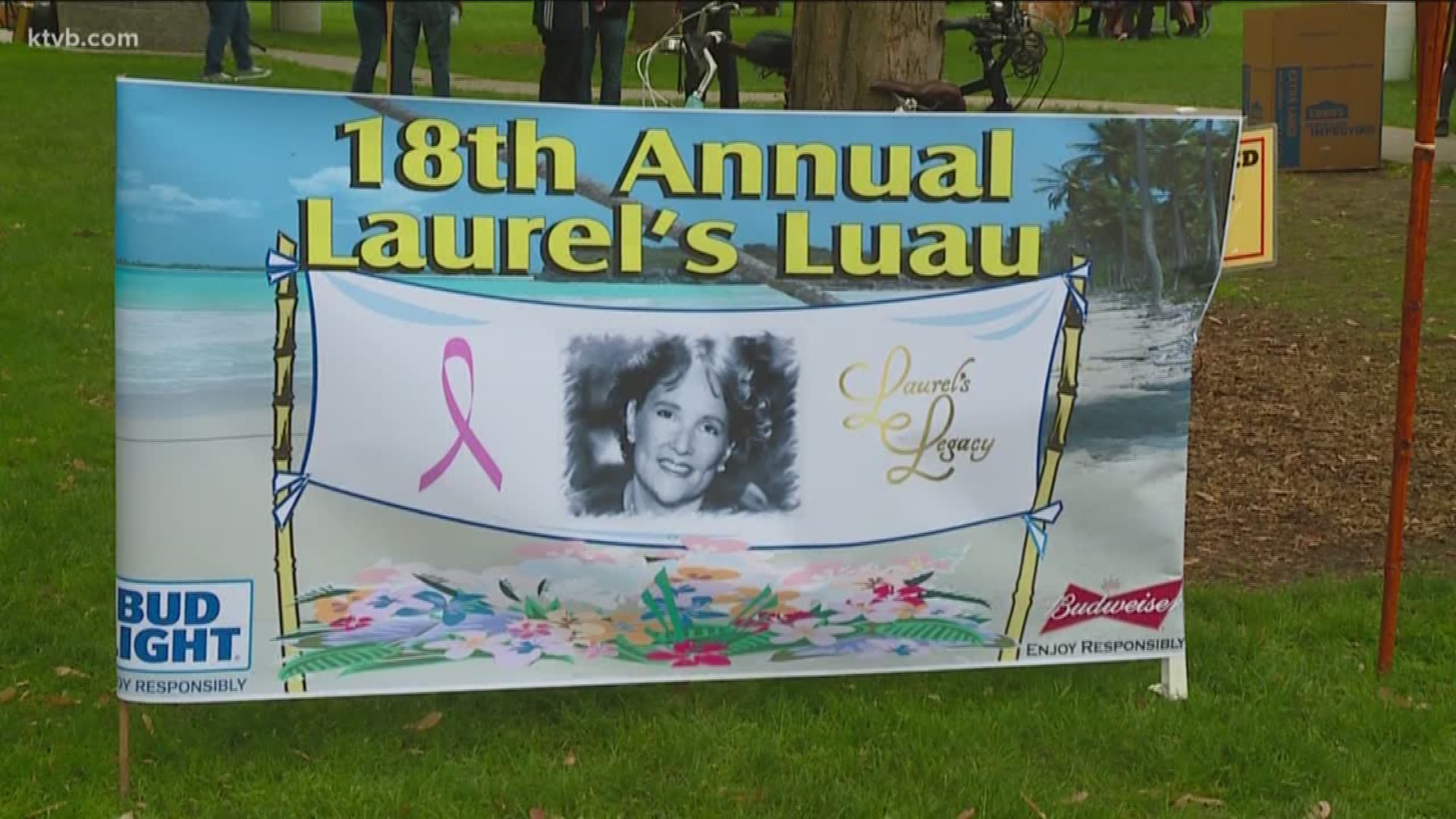 BOISE - A cancer diagnosis is something most people and families aren't prepared for.

That's something a local nonprofit, Laurel's Legacy, is trying to make easier for these families.

The nonprofit is named for Laurel Richter, who lost her battle with breast cancer nearly two decades ago. In the wake of that tragedy, her family and friends decided the best way to heal was to give to others battling life threatening-illnesses. In addition to developing an organization, they host an annual fundraiser known as Laurel’s Luau.

“The more you help other people the better you feel about yourself," said Gary Richter, Laurel’s husband and Chairman of the non-profit.

With the help of close friends, Gary held a luau and barbecue the year Laurel passed.

The many people who came out that day passed around a jar collecting money to help pay for the party.

“We had more money than we had spent for the party,” Richter said.

That made them think about helping others dealing with cancer and other life-threatening illnesses. First, they donated money in Laurel’s name and eventually they started a non-profit, Laurel's Legacy.

“She'd be thankful that we've made an effort to remember her as somebody that was a true fighter, a true spirit,” Richter said.

The backyard barbecue turned into a full-blown fundraiser to help pay for daily living expenses for people who are sick.

“We donate to those families to get those medications in the door for them, help them with their rent or their mortgage, putting fuel in the car, putting food on the table,” said Kevin Hawk, COO of Laurel’s Legacy.

Helping ease the financial burden for people like Tom Hawkins who was diagnosed with cancer last summer.

Another beneficiary is Sierra Shaffer, who was diagnosed with leukemia last November.

“We got a new car with it,” she said. “We had a really bad car before and so now it's easier to drive from Fruitland to Boise for my appointments.”

Hawkins and Shaffer are two of the nonprofit's beneficiaries. Both say things are looking positive for them in their battles with cancer. They also say Laurel's Legacy not only helped them financially, but gave them emotional support.

“You have to have an advocate working hard for you because you yourself aren't in any position to do anything,” Hawkins said.

“Before getting cancer, I didn't have a clue about anything like this,” Shaffer said. “Having people be so supportive for kids like me and adults is just a huge thing.”