"Some of these weapons that I've had for my whole career, martial arts career, that had been passed down to me," the owner of the dojo said. 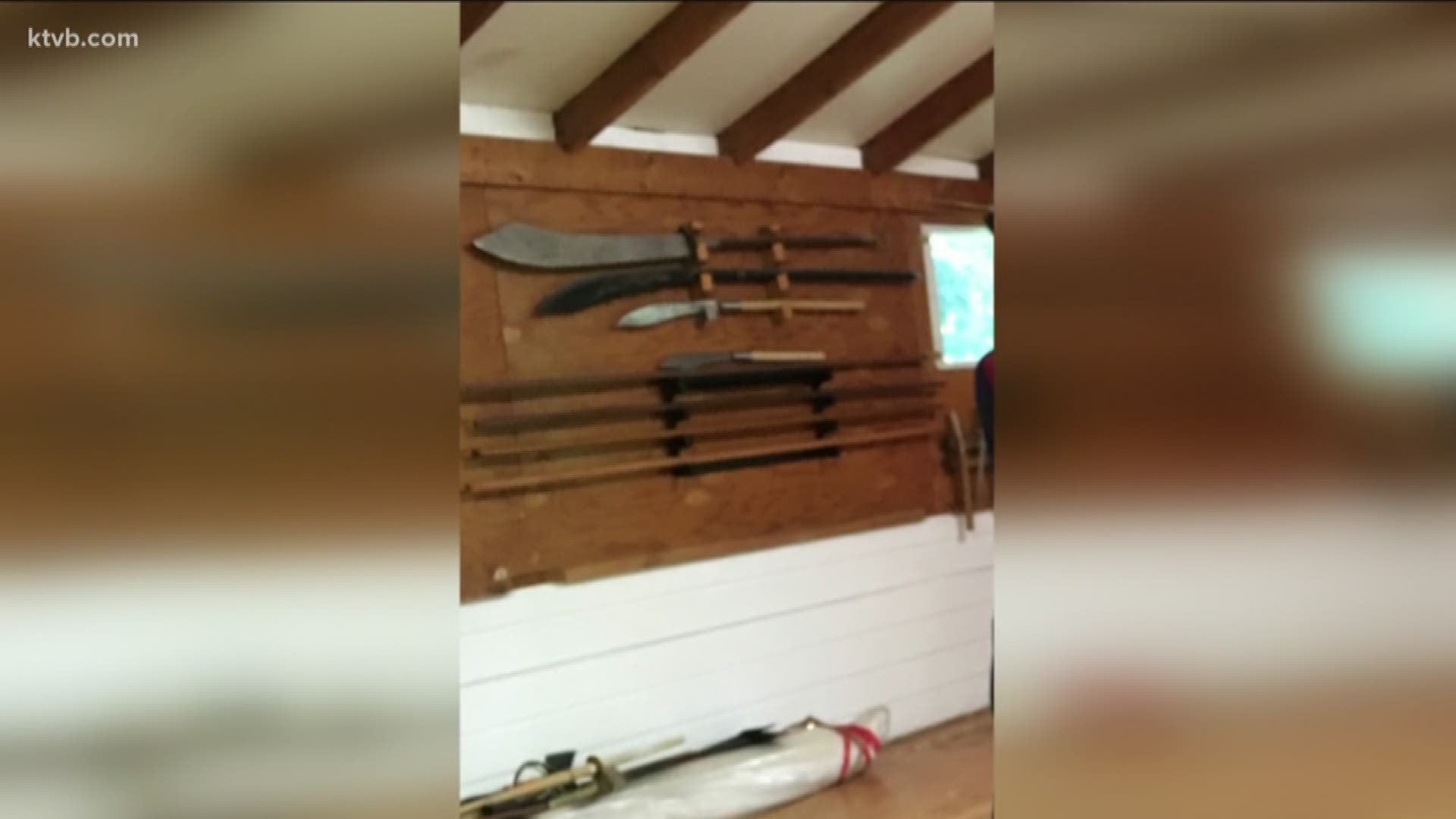 BOISE, Idaho — Over a dozen karate weapons, reportedly worth thousands of dollars, were stolen from a Boise dojo that has seen hundreds of students and trainers go through its doors.

Isaac Espinoza built this dojo in the backyard of his home in 1995 and even built it around a tree. The tree is long gone, but the lessons taught there are still the same.

"It's just my love, my passion. I want to preserve the art, pass it on, the way I was taught," he said. "Kei Shin Kan. It's the place you train with your heart and soul."

Friday morning something did change here, something Espinoza says he never wanted to see.

Sixteen weapons were stolen off the walls of his dojo.

"Now they have a complete set, a really nice set," Espinoza said. "Some of these weapons that I've had for my whole career, martial arts career, that had been passed down to me."

Espinoza says that it appears someone forced their way into the dojo, and carefully selected what they stole.

"There are different qualities of weapons, they took basically the nicer ones. The better ones," he said.

It's not the dollar value of the weapons that were stolen that bothers Esinpoza, its the sentimental value of them.

Espinoza says he isn't 100% sure why someone would steal from him, but he has a few ideas. He hopes by getting his story out, his valued weapons will make it back home to the dojo.

"Probably hang it on their wall, or they wanted to train using this weaponry," he said. "If somebody spots something on the wall of their roommates or their kids or something, maybe they will call us."

Why someone would want to steal these weapons is still the burning question that Espinoza has.

"If it is an old student or someone like that, then it kind of hurts even worse," he said. "I don't want to say, 'If you give this back no questions asked.' There are a few questions I would like to ask."

TRENDING: 6 priests and one deacon have credible allegations of child sexual abuse while at the Diocese of Boise