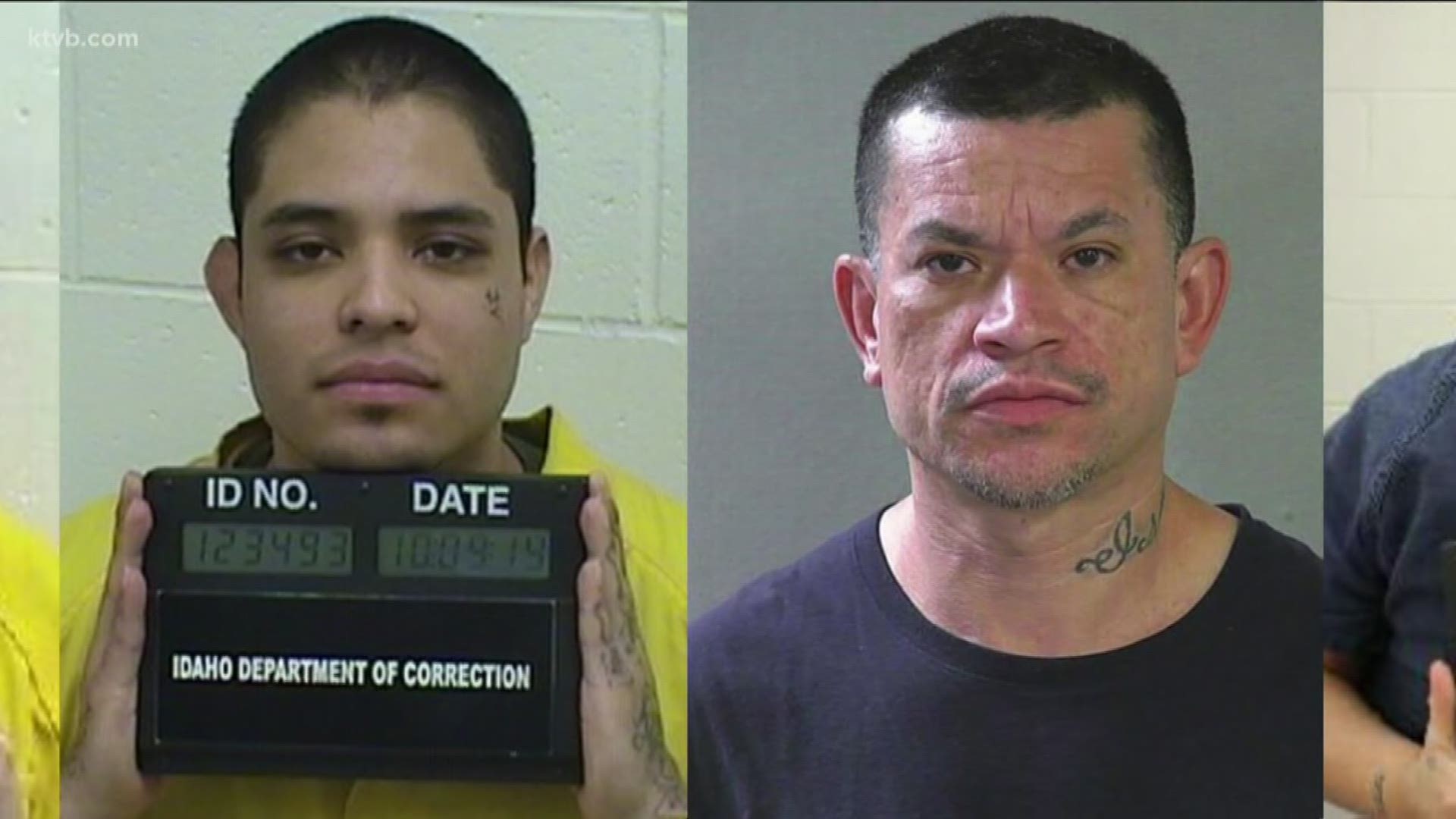 BOISE, Idaho — Fifteen people who are members or associates of the West Side Loma gang have been indicted on methamphetamine charges, the U.S. Attorney's Office for the District of Idaho announced Wednesday.

U.S. Attorney for the District of Idaho Bart Davis said the year-long investigation by the Treasure Valley Metro Violent Crimes Task Force began in October of 2018.

The  West Side Loma gang, a subset of the Surenos, has a history of violence and drug trafficking, Davis said.

"This is a serious blow" to the organization, Davis added.

Alvarado, Case and Stell were already in the Canyon County Jail when the indictments came down Nov. 13, and Ibarra, Mata, Murillo and Ogburn were in the custody of the Idaho Department of Correction. The other defendants were all arrested in the past week, with the exception of Leno Esparza, who remains at large.

All of the defendants could face decades behind bars.

FBI Supervisory Special Agent Doug Hart said the charges are thanks to the "long-term, complex and multi-subject investigations" the Treasure Valley Metro Violent Crimes Task Force is able to tackle.

"The FBI and the participating member agencies formed the task force with one very specific objective in mind - and that is to disrupt and dismantle gangs and criminal enterprises," he said.

Canyon County Sheriff Kieran Donahue said some of the cases in the indictment involved "pure methamphetamine."

"It is extremely potent," he said. "And unfortunately, methamphetamine is still king in our area in terms of illegal narcotics."

Donahue added that he hoped the case helped send a message to the younger generation not to get involved in gangs. And he had a message for those still pursuing the drug trade in the Treasure Valley.