It is unknown what 12 farm workers were exposed to but they all suffered flu-like symptoms, according to the Caldwell Fire Department. 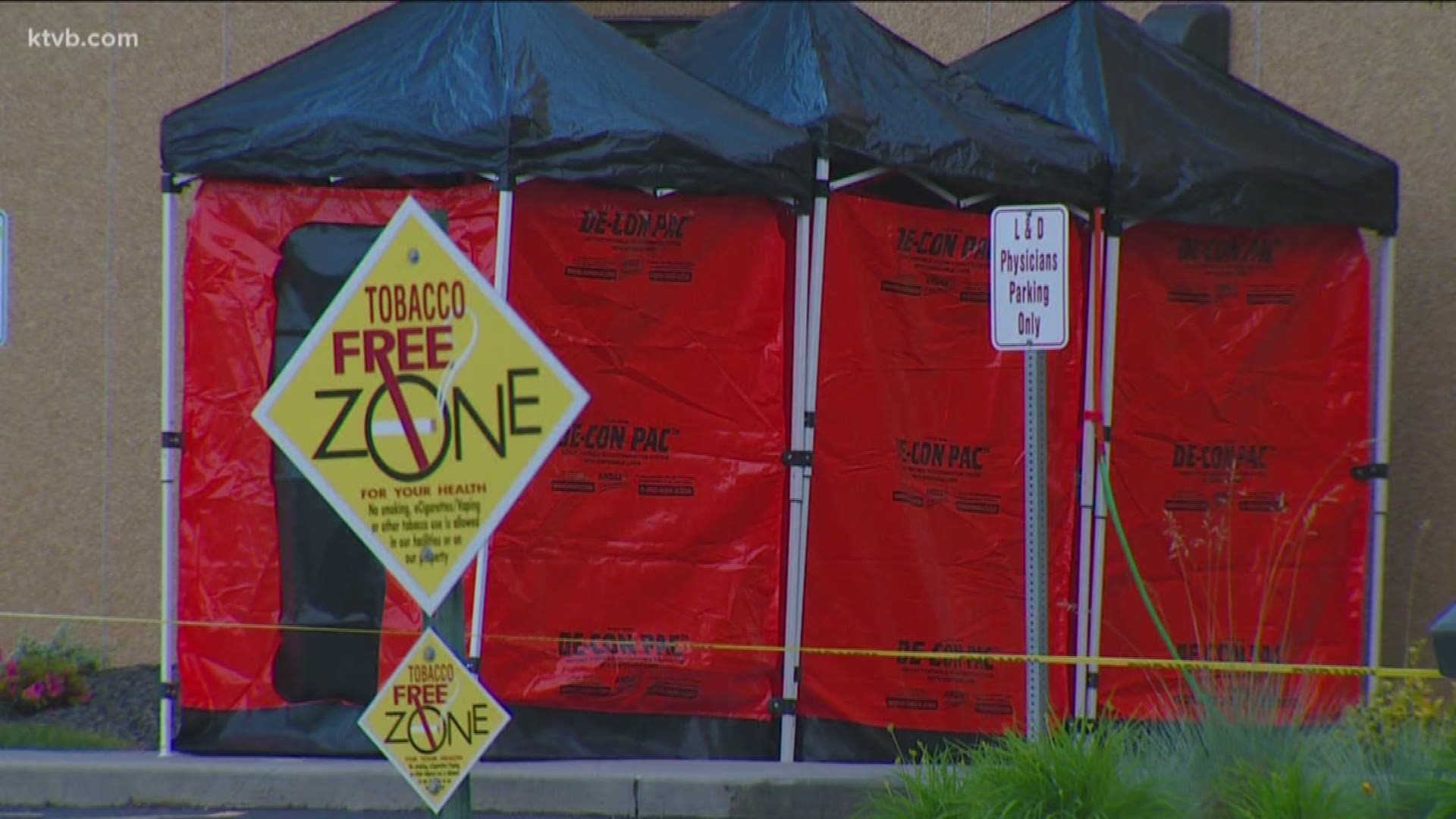 CALDWELL, Idaho — Twelve farm workers and ten others were treated at the West Valley Medical Center in Caldwell and decontaminated by a hazmat team on Sunday night.

According to the Caldwell Fire Department, the workers were exposed to an unknown substance at a field near Wilder and all began to experience flu-like symptoms. They then all went to the medical center for treatment.

Caldwell Fire treated the first patient and then requested help by the State Office of Emergency Management, which sent the Region 3 Hazmat Team to help decontaminate the other patients.

Officials did not release what the substance was that the workers were exposed to or why another ten people had to be treated and decontaminated at the hospital.

TRENDING: Parts of the Greenbelt near Eagle continue to flood until river flows drop