The crash happened at 8:10 p.m. Sunday at the intersection of 15th and Main streets in downtown Boise. 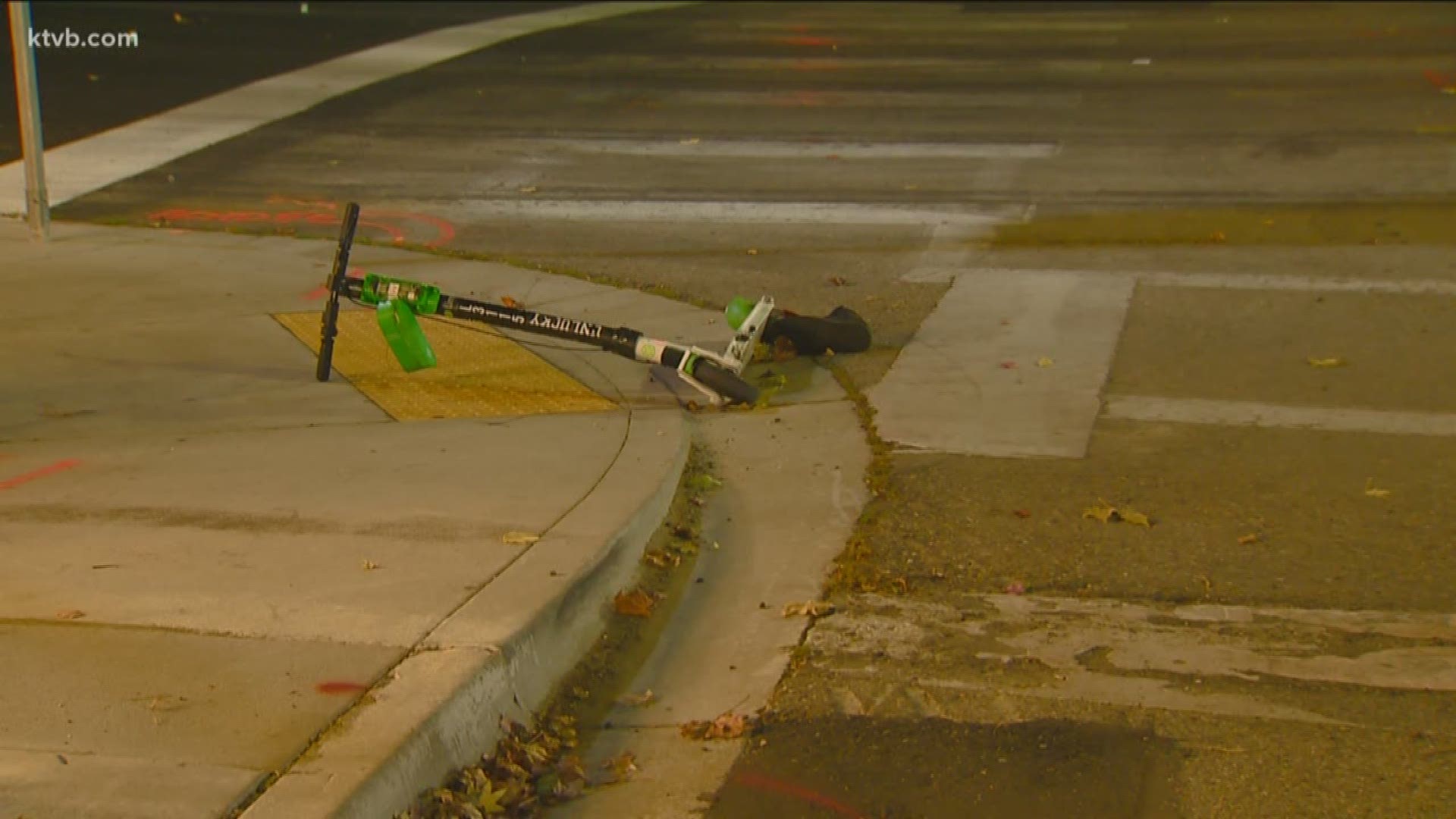 BOISE, Idaho — The person killed in a collision between an e-scooter and a pickup truck Sunday night has been identified as 16-year-old Kyler Davis, of Boise, according to the Ada County Coroner's Office.

The crash happened at 8:10 p.m. Sunday at the intersection of 15th and Main streets in downtown Boise.

According to investigators, the pickup was headed north on 15th when it hit the eastbound scooter, which was carrying two passengers.

The other person, also a 16-year-old boy, was taken by ambulance to a local hospital. His injuries are not believed to be life-threatening, according to police.

The coroner's office says Davis died from a head injury.

Officers say the driver of the pickup truck remained on scene and is cooperating with the investigation.

The e-scooter could be seen toppled in the crosswalk Sunday night, a black sneaker lying next to it.

The intersection was shut down as emergency crews and the crash reconstruction team worked, but has since been reopened.

Police are still investigating to determine who was at fault.

Police are also investigating whether alcohol or drugs were a factor with either the truck's driver or e-scooter passengers.