The crash between a pickup truck and a motorhome happened Thursday morning. 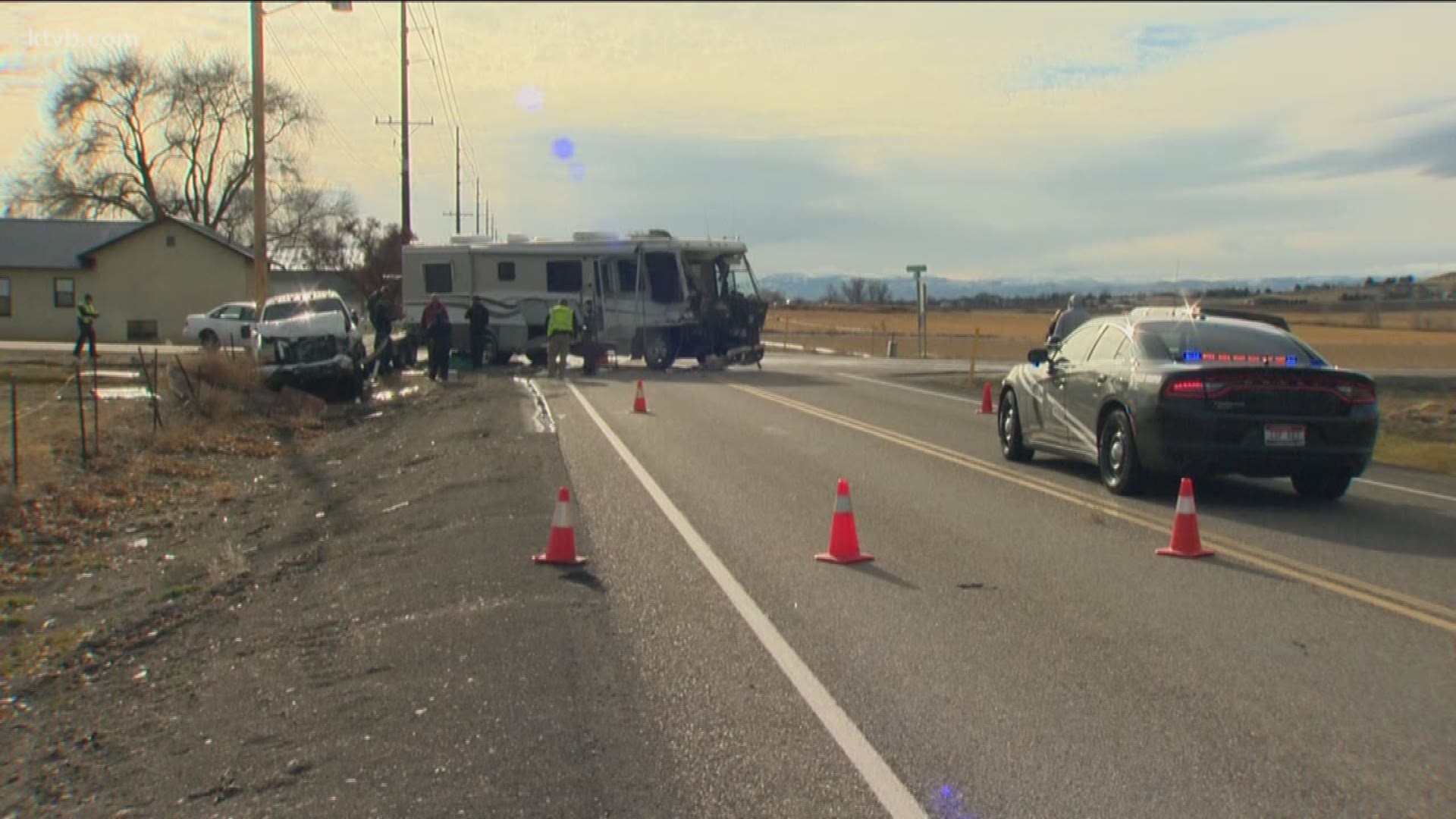 NAMPA, Idaho — One man has died from injuries he sustained in a crash between a pickup and a motorhome in Canyon County.

The wreck was reported at 10:51 a.m. Thursday at the intersection of Southside Boulevard and Deer Flat Road, south of Nampa.

According to an Idaho State Police, Bruce Harris, 67, of Melba, was driving a 1997 International motorhome eastbound on Deer Flat Road when he stopped at the stop sign at Southside Boulevard.

Rylee Knight, 22, of Melba, was stopped at the stop sign on westbound Deer Flat Road in a 1995 Ford Taurus.

The motorhome proceeded into the intersection and was struck by the Ford pickup. The Ford pickup then struck the Taurus.

Harris was ejected from the motorhome. He was flown by air ambulance to Saint Alphonsus Regional Medical Center in Boise.

According to the Ada County coroner, Harris died at the hospital from his injuries at 9:54 p.m. Thursday. The cause of death is listed as blunt force trauma.

Both vehicles have major damage to their front ends. The impact pushed the pickup truck off the road into a ditch.

No one else was seriously hurt, according to law enforcement.

Debris was scattered across the road, and the intersection was completely blocked for about three hours.

1 / 9
Kevin Eslinger/KTVB
One person was hospitalized after a wreck on Deer Flat Road.