‘It’s top-notch, edge of your seat’: Snake River Stampede back for its 104th year

More than 700 competitors will vie for $445,000 in winnings, one of the largest purses put up for a PRCA rodeo event. 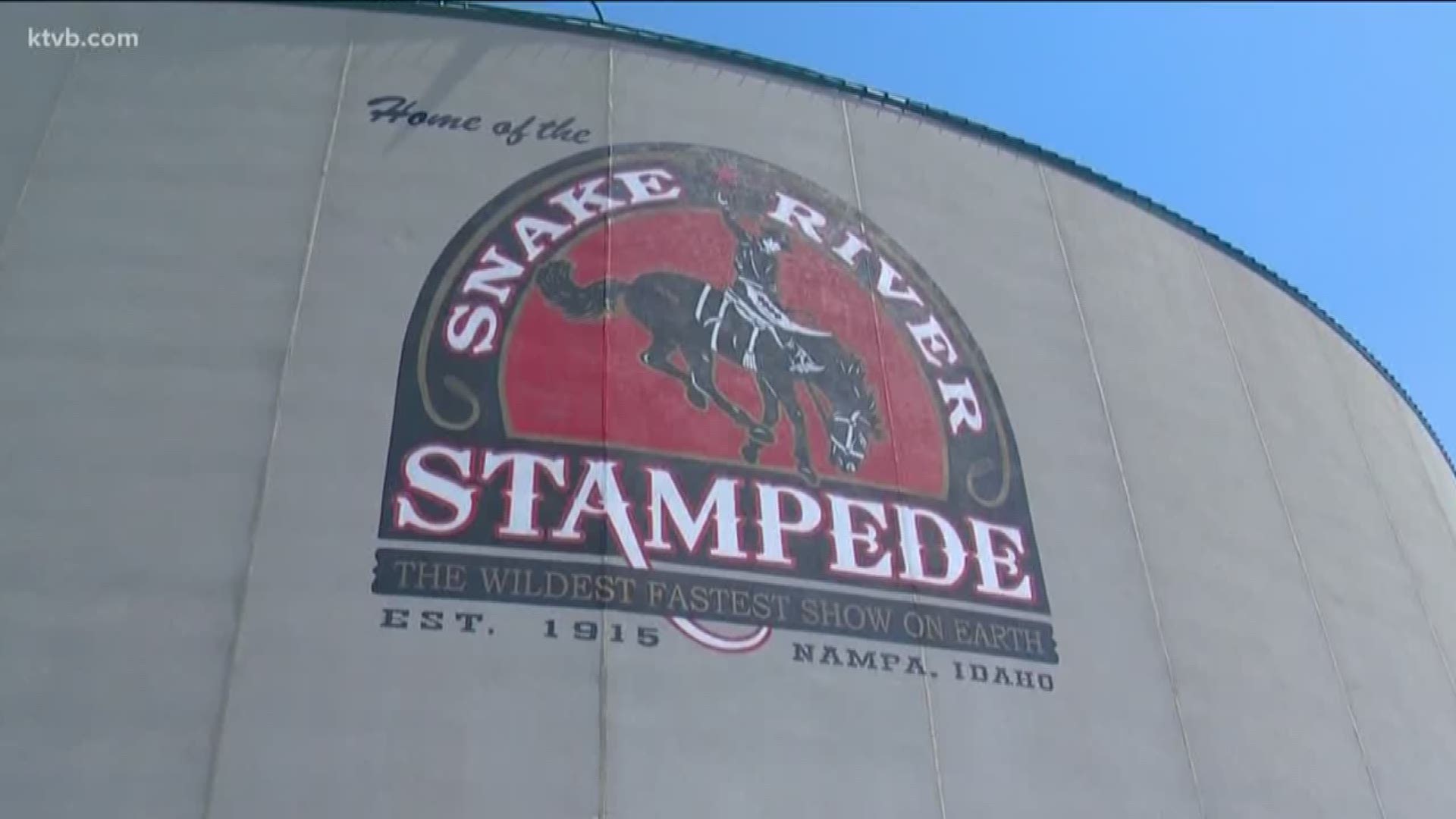 NAMPA, Idaho — For 104 years, the Snake River Stampede has been bringing cowboys and cowgirls from all across the U.S. to compete in Nampa.

Originally called the “Rodeo and Buck Show,” the Stampede started back in the early 1900s as part of the Nampa Harvest Festival and has gradually evolved into a week-long spectacle - dubbed the "wildest, fastest show on Earth" - featuring the top pro competitors in the nation.

Roger Todd, president of this year’s rodeo, said it’s ranked as one of the top 10 PRCA rodeos in the nation and it is the only Pro Hall of Fame rodeo in Idaho.

The event has continued to grow every year and currently, the Ford Idaho Center can seat up to 10,000 people each night of the rodeo.

Event organizers say 746 competitors will vie for $445,000 worth of winnings, one of the largest purses put up for a PRCA event.

The large purse, a great venue and good crowd keeps people coming back year after year.

The Stampede has also gained a nationwide reputation as being one of the best all-round rodeos, creating high expectations for newcomers like this year’s rodeo clown, Matt Tarr.

“They say this is one of the biggest in the country,” the Texas native said. “You get top competitors in every event here. The best animals. I mean, I can’t wait, I’m excited.”

Tarr adds that in his experience with rodeos, the people is what makes them so successful.

“The town, the community, is huge,” he said.  “I don’t think they realize how big of a part they do play in it.”

The Stampede will also have a few new features for 2019.

“We have the Full Throttle Trick Riders, and they’ll be performing as our specialty act,” Todd said. “And we have our new, refurbished Snake River Stampede coach that turned out outstanding and looks great.”

Also back for their 22nd year is another popular specialty act: the Snake River Stampeders. The group is unique to only the Stampede and they ride on horseback in a pitch-black arena, with lights on their outfits making a spectacle for the crowd.

Bonnie Lair, a member of the Stampeders, says the crowd is what has kept them around for more than two decades.

“It’s pretty incredible, a lot of people compare it to the National Finals Rodeo, with it being an indoor arena,” she said. “The Treasure Valley is some of the biggest rodeo fans you will ever meet and when we get in there, the crowd - we can’t hear anything. It’s pretty incredible.”

The Snake River Stampede starts Tuesday, July 16 and runs through Saturday, July 20. Each night has a different theme.

Tuesday night is Hometown Heroes, where you can honor local EMS, fire crews and police officers.

Thursday night's theme is Patriot Night and Saturday is Family Day, which kicks off with a matinee rodeo and noon and the finals at 7:30 p.m.

To see a full schedule of events for the rodeo, go to the Snake River Stampede website.