‘No body, no crime’: Friend of Kelsey Berreth murder suspect says he made disturbing comments

Patrick Frazee is on trial for the murder of Woodland Park mom Kelsey Berreth. 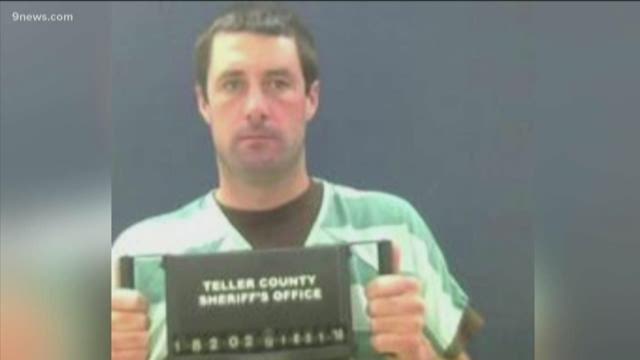 DENVER — A man who has known the suspect accused in the murder of Woodland Park mom Kelsey Berreth said it was difficult to take the witness stand during his trial.

“Just don’t wanna … picture somebody that you’ve known that long and have trusted … you just don’t wanna think that they could do something like this,” said Joseph Moore, who ran cattle with Patrick Frazee at multiple leased ranches in Teller and Park counties.

Moore said he knew Frazee since he was in middle school, when he rode horses and participated in the 4-H Club with his kids. Over the years, Frazee became his farrier and the two would drive together to take care of their cattle at various ranches in the land surrounding his home in Florissant.

Frazee’s one-time fiancee and the mother of his child, Kelsey Berreth, was reported missing on Dec. 2, 2018. In the days afterward, Moore said he remembered driving with Frazee to one of his leased ranches and discussing the national media attention surrounding her disappearance.

“He’s like ‘I don’t even understand why, why there’s such a big deal over this,’” Moore recounted, adding that he said he thought it was because the media tended to focus on missing beautiful, white women. “And he’s like ‘man, if I had known it was going to blow up this big, I never would have …’”

Moore said he never asked his friend to finish his sentence or say what he meant. Frazee was arrested for Berreth’s murder on Dec. 21, 2018.

Moore, who testified for the prosecution, said this wasn’t the first time Frazee had made comments that he found disturbing. In April 2016, Moore said he was loading bulls into a truck with Frazee when he asked her how his relationship was going with Berreth, with whom he had a young child.

“And he just kinda grinned and went ‘no body, no crime, right?’ And I said ‘Patrick, get that out of your head.’”

Berreth’s body has never been found. According to testimony from his mistress, Krystal Lee, Frazee told her that he beat Berreth to death with a baseball bat on Nov. 22, 2018 — Thanksgiving Day — and loaded her into a black tote box that he stored in the red barn at a property he leased. Lee said she saw Frazee burn the tote on his property after she drove to Colorado from Idaho to clean up the gruesome crime scene.

During court, prosecutors played a recorded phone call between Frazee and Moore from after his arrest. At the beginning of the call, Frazee is heard emphasizing that others were listening on the call.

RELATED: Officer describes 'lack of concern' from Kelsey Berreth's fiancé after her disappearance

“Was anything ever disrupted right there, at the red barn?” Frazee is heard asking.

“Not that I know,” Moore said.

Moore said he didn’t call police during other interactions. In one case, he said Frazee claimed that he was having people watch and photograph Berreth in an effort to use them against her in custody court.

“He talked about that several different times, and I asked him’ how are you getting these people to go and take pictures and spy on her?’” Moore said. “He said, instead of charging them to … put shoes on horses … he said ‘if you do that for me, I’ll do it for you.’”

Moore said he was at Five Guys with Frazee when the FBI came and took his phone. Afterward, he said Frazee made a call to an Idaho number and emphasized it was to talk about horses.

Lee has previously testified that call was to her.

During another conversation after Berreth’s disappearance, Moore recounted how Frazee had discussed a very particular theory about her disappearance.

Moore said Frazee told him he had the blood on him because she had a bloody nose on one occasion, and had injured her nose on a pole while they were herding cattle on another.

“He said ‘do you think they’ll be able to find any of that, even though it’s all been washed?’” Moore said.

Moore’s testimony also included details about Frazee and Berreth’s relationship. He claimed that he met Berreth twice, and assumed that she and Frazee had broken up when she moved to Grand Junction.

That’s why Moore said he was surprised when he got a phone call from Frazee where he had told him he had gone with Berreth to the hospital in the middle of the night.

“He says ‘yup, so I did my chores, got all my stuff done, and went to town and picked her up, went to the hospital, and a few hours later I’m a daddy,’” Moore said. “It was odd, I was just shocked that all of the sudden he’s a daddy out of nowhere. There was that whole time when she took off and went to Grand Junction, [I figured] that was the end of them.”

Frazee and Berreth’s daughter is now in the custody of her maternal grandparents.

RELATED: Tooth fragment will be tested in Kelsey Berreth case

Before Moore’s testimony, prosecutors showed a tooth fragment that had been found on a burn area on Frazee’s property. They did not show testing about whether it was human, or if it belonged to Berreth.

Friday marked the end of the first full week of Frazee’s murder trial, which began on Nov. 1. It is slated to last for three weeks. There is no court on Monday in recognition of Veteran’s Day, but testimony will resume on Tuesday morning.

9NEWS is in the courtroom and will cover the case on 9NEWS and 9NEWS.com during breaks in testimony as allowed by a decorum order barring live reporting.