'Not only was she loved, but she loved everyone else': It's been 1 year since Kelsey Berreth's death 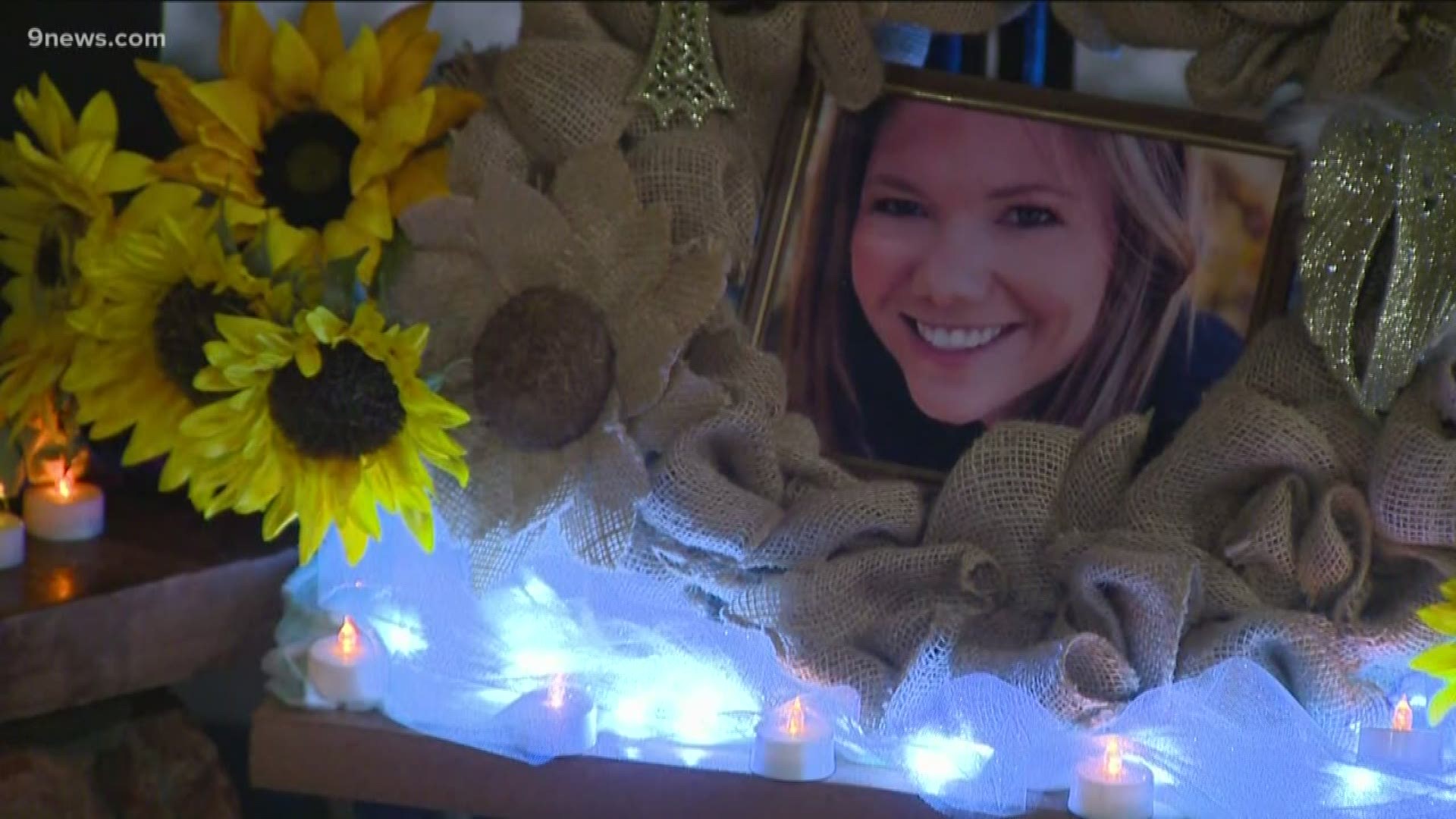 WOODLAND PARK, Colo. — Even amid a tragedy that leaves behind more questions than answers, one thing is abundantly clear: Kelsey Berreth was loved by everyone who knew her.

“She was our daughter,” wrote Cheryl Berreth, Kelsey’s mom. “A loving, devoted mother, a friend, and a valued pilot teaching the military how to fly. She was a positive contribution to society, beautiful inside and out.”

She died one year ago Friday, on Nov. 22, 2018. We won't talk about the circumstances surrounding her death here -- those details have already been widely reported. Instead, we'll share some of the kind things the people who knew and loved her have said in recent weeks.

"Not only was she loved, but she loved everyone else," her uncle Scott Morin said.

RELATED: Kelsey Berreth remembered as mother, pilot who was 'beautiful inside and out'

Kelsey Berreth worked as a flight instructor for a company that trained future Air Force pilots. An arduous job to begin with, the 29-year-old excelled in the position even as she commuted two hours round trip to work as a new mom.

“This isn’t just general aviation flying where you go out in the clouds,” Berreth's former supervisor Mark Maryak said. “We are doing a very specific job in the U.S. Air Force that is more demanding than most aviation.”

Dollar bills signed by students were hung at Berreth's desk near photos of her baby daughter and a calendar of Bible quotes. The last one she opened — dated Nov. 21, 2018 — was Philippians 2:13.

Berreth was adored by the students she spent hours conducting training exercises in a tight cockpit.

“When a student graduates, part of their out-process is creating an end-of-course critique,” Berreth's boss Raymond Siebring said. “She received plenty of accolades and positive reinforcements from students who just loved to fly with her.”

RELATED: Kelsey Berreth's coworkers debunk claims made by the man accused of her murder

Carolyn Sharp let Berreth live with her during her training at Doss Aviation. She had nothing but complimentary things to say about her work ethic.

“It was probably a little bit difficult as a single mom to balance the work-life thing, I can’t imagine how she did it,” Sharp said. “I live 10 minutes from work and she lived over an hour. It’s a fairly stressful job to begin with and what a woman of strength to be able to do that. I don’t know if I could.”

More than anything though, Kelsey Berreth was a mother.

“[Her daughter] is  … Kelsey’s life,” Cheryl Berreth said. “Her world revolved around [her daughter]. She was a great mom.”

One of the last conversations Cheryl Berreth had with Kelsey was about the family's recipes for cinnamon rolls and bread dip -- two holiday traditions.

Kelsey Berreth was also a fan of Starbucks and holiday drinks.

“Kelsey liked coffee,” Cheryl Berreth said. “She liked caramel macchiatos, that was the diet drink, and when it was in season, pumpkin spice lattes.”

Outside of coffee, Cheryl Berreth said her daughter needed three pretty basic things to be happy.

The prosecutors who sought justice for Kelsey Berreth never met her, but said they were also touched by her legacy.

“[The killer] took a shining light from this Earth, and we’ve heard over and over again from everybody who knew her,” said Jennifer Viehman, a senior deputy district attorney.