Patrick Frazee is on trial for the murder of Woodland Park mom Kelsey Berreth. Testimony from Idaho nurse Krystal Lee has gone on for two days. 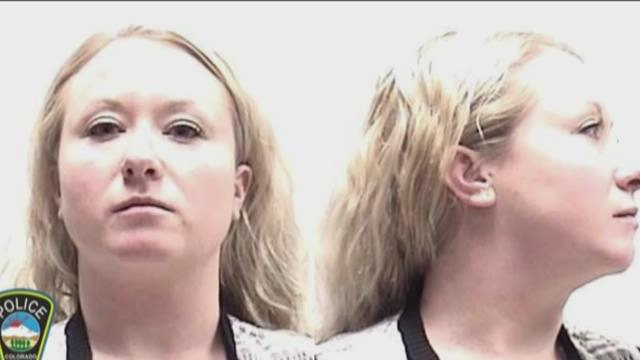 CRIPPLE CREEK, Colo. — The day a suspect was arrested for the murder of Woodland Park mother and flight instructor Kelsey Berreth, the woman who would become the prosecution’s key witness gave investigators a tour of what she said was the scene of the crime.

On Dec. 21, 2018, Krystal Lee, who 9NEWS previously referred to as Krystal Lee Kenney, took members of the Federal Bureau of Investigation (FBI) to Patrick Frazee’s ranch in Florissant.

Video played in the courtroom where Frazee is standing trial for murder Thursday showed Lee walking around the property and describing what she remembered about the night she said she saw flames consume a large black tote that allegedly contained Berreth’s body.

Lee said she also contributed to the fire, which she said had flames rising as high as the pine trees on the scenic ranch.

“The things that were thrown in the fire by me were the belongings from Kelsey’s house, the curtains, the stuffed animals,” Lee said.

This is the second day Lee has been called to the witness stand. As part of a plea agreement where she admitted to tampering with evidence for destroying Berreth’s cellphone, Lee agreed to testify against Frazee.

On Wednesday, she spent more than four hours detailing her long and complicated relationship with Frazee that spanned more than a decade. Lee said it culminated in fall 2018, when Frazee had asked her three times to kill Berreth — his one-time fiancee and the mother of his young child.

Lee said she didn’t go through with it, but that on Nov. 22, 2018, Frazee did. Two days later, Lee said she came to Berreth’s Woodland Park condo from Idaho to clean blood from the floor and the walls. She claimed she loaded items she couldn’t clean into the vehicle she was driving and returned to Frazee’s ranch. From here, Lee said they went to the ranch 45 minutes away, where she alleges he was keeping the tote that contained Berreth’s body.

Lee said Frazee brought it back to his ranch, poured gasoline onto it, and set it on fire. During her visit nearly a month later with investigators, Lee is seen in the video pointing out where she said the fire had been set. Investigators were heard saying the dirt in the area was discolored.

In the video, Lee is seen wearing hoop earrings, sunglasses and a black coat. She points out an oil can and a large black tote she said was identical to the one that contained Berreth’s body — items that were later carried into the courtroom and shown to the jury.

Prosecutors also showed photos from Berreth’s apartment that Lee said depicted smudge marks left behind by the bleach she used to clean up the crime scene.

Lee took the witness stand nearly two hours late on Thursday. Judge Scott Sells said that Frazee had been sick in the morning, and needed medication for an upset stomach. He said that Lee was also sick.

She will remain on the witness stand following the lunch break. The defense has not yet begun cross-examination, but during opening statements, claimed that she was not reliable because she has initially lied to investigators.

The prosecution directly asked Lee about the terms of her plea agreement on Wednesday morning.

“Tell the truth … that was the staple of the agreement,” Lee said. ““I couldn’t live with what I knew, and Kelsey’s family deserves to know what happened.”