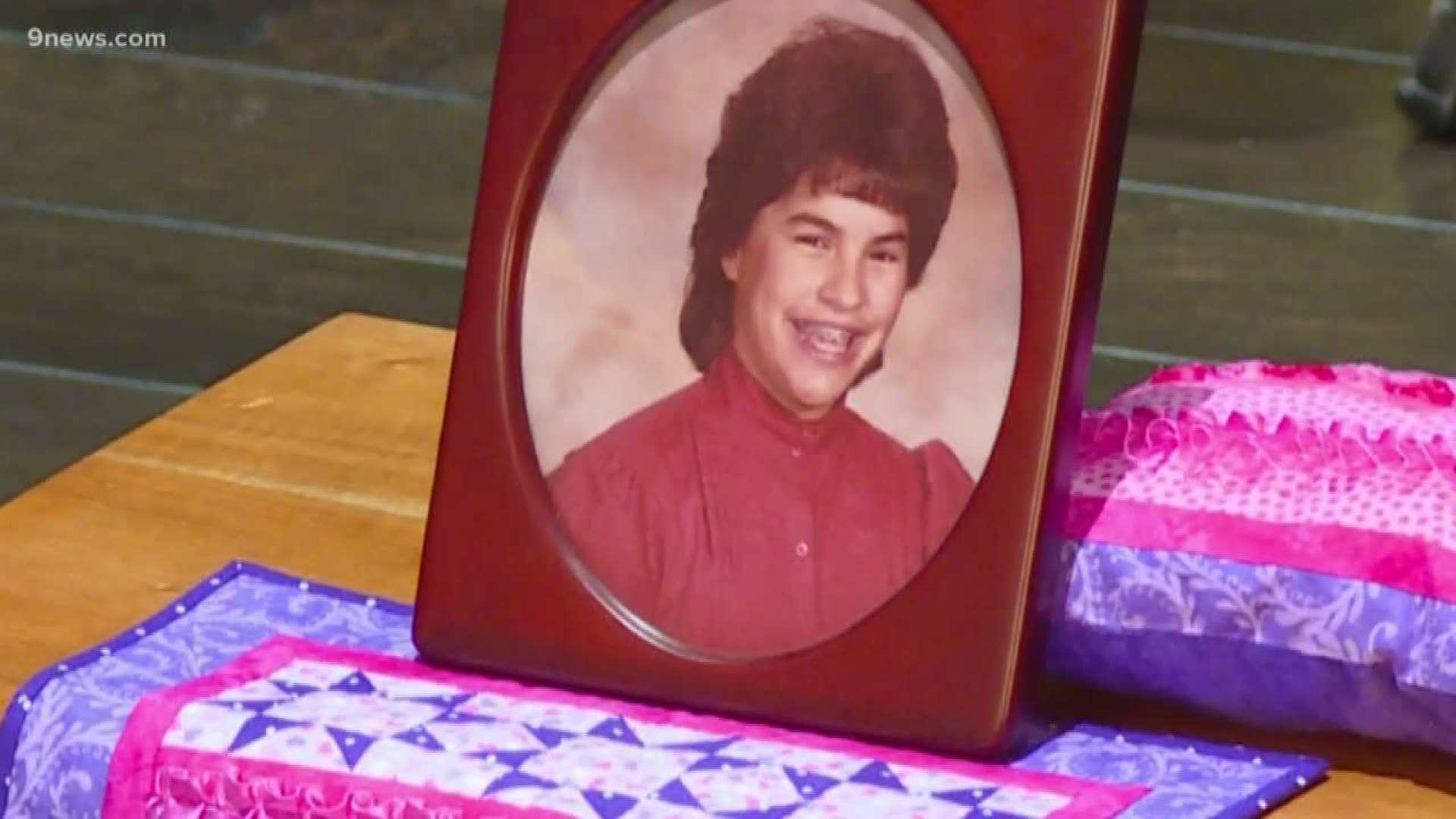 TWIN FALLS, Idaho — Editor’s Note: An earlier version of this story took a quote from Steven Pankey's responses to media outlets out of context. In one interview he was talking about where he was when Matthews disappeared; in the other he was discussing where he was when he learned of her disappearance.

A former candidate for governor in Idaho has been investigated in the 1984 disappearance of a 12-year-old Greeley girl, he told 9NEWS' sister station KTVB.

Late on the afternoon of July 23, a crew digging for a pipeline in rural Weld County discovered Matthews’ skull and some of the clothes she was wearing the day she disappeared, breathing new life into the investigation of the 34-year-old mystery.

On Friday, Steven Pankey – who ran for governor there in 2014 and 2018 – disclosed in an interview with KTVB that he’d given a DNA sample in the case and that his home had been searched.

Pankey said he offered to take a polygraph test, but investigators didn't want to do that.

Pankey lived in Greeley at the time Matthews disappeared, but he told the Idaho Statesman that he never met her or her family and knew nothing about the case until he saw news stories reporting her disappearance.

“You hear these people all the time their place has been searched, the police say well they’re a person of interest… the person of interest says no comment, no nothing, won’t talk to you, they look guilty okay,” said Pankey.

He said he’s talking to media to set the record straight.

A copy of the search warrant posted on the Statesman website shows that investigators were looking for computer equipment – including floppy diskettes, hard drives, magnetic computer tapes --  as well as “any and all correspondence, diaries, memoirs, journals, personal reminiscences, electronic mail (e-mail), letters, notes, memorandum, or other communications in written or printed form, as these items pertain to allegations set forth in this affidavit, or that relate to the murder of Jonelle Matthews.”

Greeley police Cmdr. Roy Smith told 9NEWS that Pankey “has made repeated efforts to speak with detectives” about the Matthews case. But after detectives traveled to Twin Falls, Idaho, on Aug. 15, Pankey refused to answer questions, Smith said.

At that point, Smith said, Greeley detectives obtained a search warrant for Pankey’s home, executing it on Sept. 4 along with Twin Falls police and sheriff’s officers.

“Pankey remains a person of interest in the murder of Jonelle Matthews,” Smith said.

The affidavit, the warrant and the return are all sealed, according to a court clerk.