Father and son from Oregon charged in US Capitol riot

Jeremy Grace was arrested and charged with entering the U.S. Capitol during the Jan. 6 siege. His father, Jeff Grace is already facing charges. 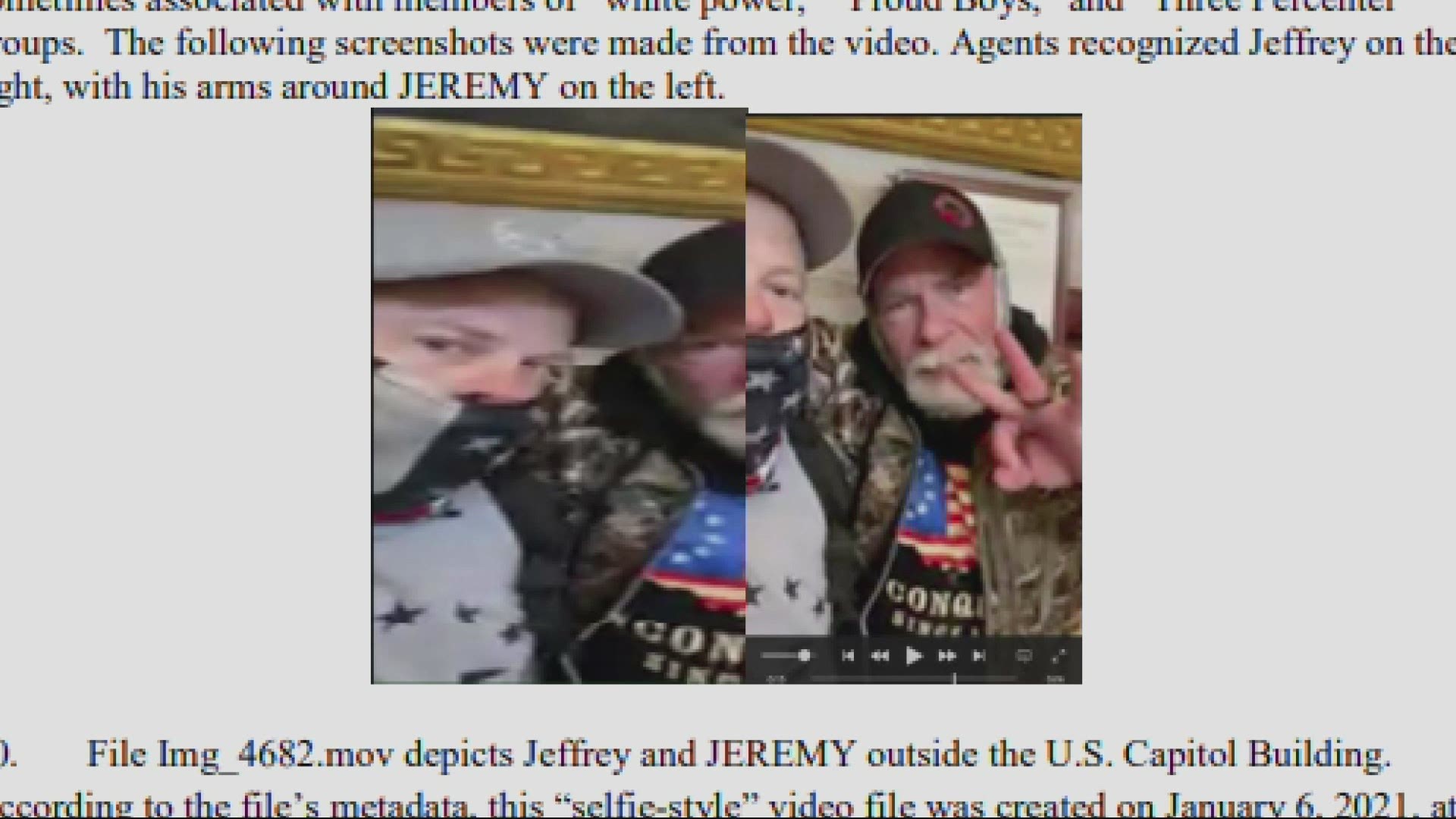 PORTLAND, Ore. — More than two months after his father was arrested, Jeremy Grace of Battle Ground was taken into custody and charged with entering the U.S. Capitol during the Jan. 6 riot.

Grace, 37 was arrested on Wednesday in Molalla, according to a U.S. Department of Justice website.

Grace’s father, Jeff Grace was arrested on Feb. 2 after appearing in the background of a widely circulated photo of another man carrying House Speaker Nancy Pelosi’s lectern through the Rotunda.

In an interview with KGW, Jeff said he got separated from his son after a pro-Trump rally and walked with others to the Capitol and entered through an open door.

According to an FBI affidavit, photos and video show the father and son posing together inside the Capitol Rotunda.

“Just made it into the Capitol here. Oh yeah, oh yeah,” Grace said in a selfie-style video, according to an FBI affidavit.

“It gets no better than this,” said his father, Jeff.

Jeremy and Jeff Grace can both be seen on closed circuit television footage taken from the Rotunda, according to court documents.