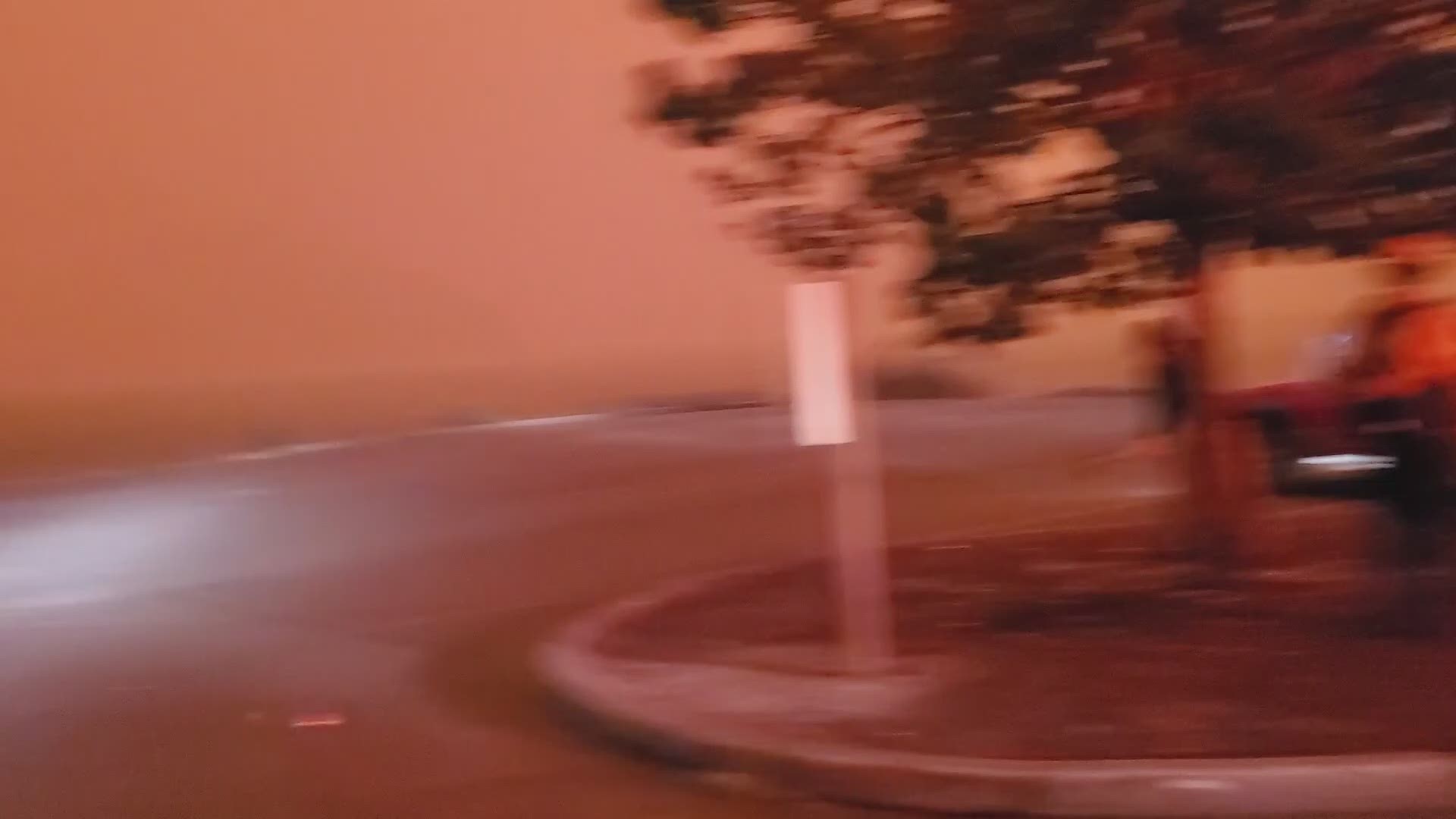 So how did a relatively small fire, smoldering in the Oregon wilderness for weeks turn into one of the most destructive wildfires in state history?

On August 16, a small plume of smoke could be seen in the Opal Creek Wilderness, 75 miles east of Salem. The 10-acre fire was named the Beachie Creek Fire. The official cause of the fire was listed as unknown, although a lightning storm had started several other fires across the Cascade Range.

The Beachie Creek Fire burned on a steep mountainside, making it nearly impossible to reach on foot. Instead, fire bosses used helicopters to dump water and crews worked to create a fire line hoping the Beachie Creek would eventually burn itself out.

The stubborn fire grew slowly, smoldering for weeks in the hot, dry conditions.

Then, as the Labor Day weekend came to end, everything changed.

The winds started to roar.

The National Weather Service had warned for days about “extremely critical fire risk” due to hot weather, followed by strong winds.

The historic wind event started on the night of Sept. 7 and kept blowing the following day. Powerful gusts of more than 50 mph helped fuel the raging wildfire.

The Beachie Creek and another huge fire to the east, the Lionshead Fire, exploded. The two wildfires started to merge as they charged up mountainsides- pushing west toward Highway 22. Small, mountain communities like Detroit, Gates and Mill City stood right in their path.

Firefighters and police officers scrambled to evacuate neighbors. They knocked on doors and yelled for people to leave.

It was a frantic escape and not everyone survived. You can watch our visual investigation now to see how the fire grew.

Use the slider tool to view images taken before and after the wildfire. The images may take a few seconds to load for mobile users.

How you can help