'There has to be more accountability': Flaws with family court can become costly and devastating

"This is not an isolated issue. It's not gender biased. It's not just Idaho. It's throughout our country," said Charlie Smith, who's been battling in Idaho's family courts for 16 years. 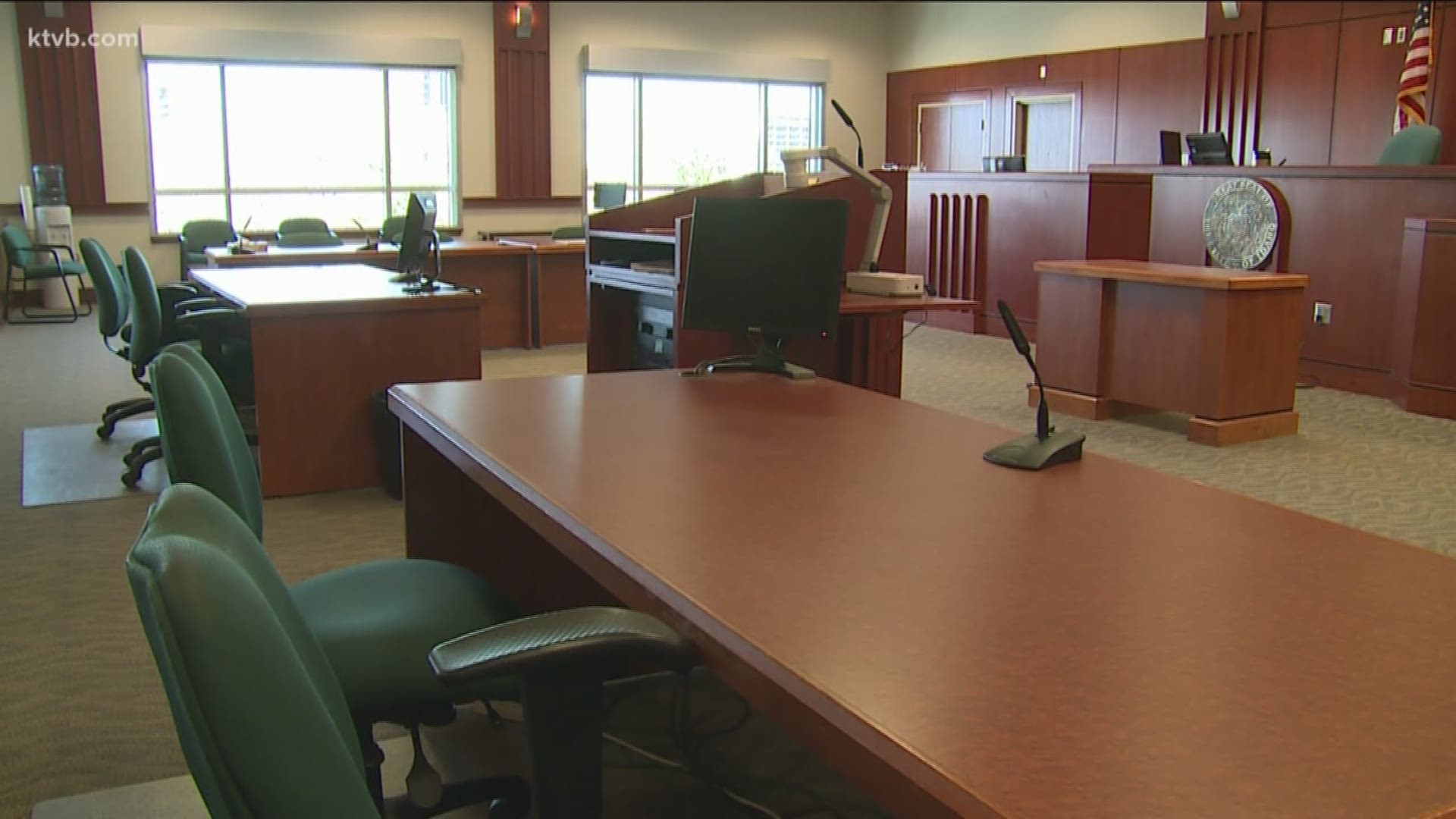 BOISE, Idaho — People can get trapped in family court for years. Families KTVB talked to say it's a costly and emotionally devastating process at times.

Some are calling attention to what they say are intrinsic flaws, abuse and manipulation of the system.

Ninety-five percent of domestic relations cases are worked out outside the courtroom, but the small percentage of high-conflict cases, like Charlie Smith’s, go to trial - where things can get messy.

“The system is supposed to be there to protect the community, to protect our citizens. And so far it is it's failing pretty hard at that,” Trevor Schaefer, Charlie’s son, said. “I want to talk about this and speak out about this in hopes that we can change the process and we can focus more on these families and help them, and not allow them to be swept under the rug and be violated time after time.”

Sixteen years ago, she never predicted she'd be here, dealing with the same case in family court in Ada County.

"My divorce was final on April 14, 2003,” Charlie Smith said, “And I'm still having to be involved and be harassed and bullied by the man I divorced.”

Binders and boxes with thousands of pages of legal documents tell the story of Smith's life.

“My life has been for 15 years trials, pre-trials, re-trials depositions, motions, affidavits," she said.

Court documents show motions and depositions are continually filed on both sides. But Smith’s ex-husband's contempts of court orders and appeals clog up the case.

"This is a man who knows how to maneuver his way through the loopholes in our system in the courts,” Smith said.

On top of the divorce, Smith and Schaefer, now 29, say the custody battle was tumultuous and trying.

He feels a lot of children of divorce echo that uneasiness.

"They're kind of caught in the middle of a divorce - a legal battle between their parents - and they're being pulled both directions and there's no one there to help them,” Schaefer added. “What's in their best interest is not really brought up or thought about or fought for in family courts. And so we really need to look at that and look at how fit the parents are to care for them.”

Schaefer says he is still watching his parents fight, as his mom is drained emotionally and financially. His mom doesn’t have a life outside of battling this, he says.

Smith and her ex share expensive property assets. Because they were once married, dividing property remains in the jurisdiction of family court.

"It will stay in family court; once it ends up in family court it will be there the entire time,” Elena Langan, the Concordia School of Law Dean, said.

"Because it's a court of equity and the divorce - how the assets are divided and the award of alimony - is governed by equitable principles, not by legal principles,” Langan added.

Smith feels at this point her case should be in civil court because it's strictly business now; she says the case is dragging in family court's slow wheels of justice.

"I think we should have been forced to divide our assets and not continue to use up the court's time and to burden them with property issues, community property issues,” she added.

Modifications to all those types of cases are dealt with in family court, as is contempt, which re-opens cases based on allegations of violation of court orders.

Data from the administrative office of the courts shows the median days pending for just divorce and child support and custody cases is 109 days in the Fourth Judicial District, which includes Ada, Boise, Elmore and Valley counties.

Smith and Schaefer's case is far longer than the average, but they say countless other families dealing with the same frustrations, the same hurt.

“This is not an isolated issue. It's not gender biased. It's not just Idaho. It's throughout our country,” Smith added.

Fourth Judicial District Administrative Judge Melissa Moody says each family law judge has around 375 pending domestic relations cases (including modifications) at one time. However, she says that’s not an entirely solidified figure because reports are still a work in progress with their computer system.

Heavy caseloads are compounded by what Moody says are inadequate resources to family court services.

While she says judges are constantly working to improve the system, Smith and Schaefer feel judges are undermined in a flawed system.

“There has to be more accountability,” Schaefer added.

They - and Langan - feel a solution may be stricter and swifter sanctions.

"Somehow we have to close those loopholes where an order is an order. And if you don't follow a court order there are consequences,” Smith said. “I think we need to give judges more power as far as the court orders go and what people are supposed to abide by and not violating them.”

When asked whether she believes there are ways people abuse the system to continue to harass or manipulate another person, Langan said it's likely.

“It probably has the opportunity to happen in a court of equity like a divorce court where the judge is trying to do what's right so they will allow both sides the opportunity to come in and express whatever their concerns are, whatever their interests are, whatever they perceived their rights to be,” Langan told KTVB, “So you'll see that happen a little bit more in family law cases, I think that in other types of civil cases where the law is a little bit more strict in terms of what the relief is that can be granted.”

RELATED: Law enforcement: Six domestic violence-related murders in the Treasure Valley in the past year

Langan says putting emotionally-charged cases in an adversarial setting isn't the best way to resolve them.

There's talk surrounding moving these cases out of courtrooms, focusing on resolution through mediation, or a similar approach.

"But there isn't a good alternative because there has to be someone who ultimately is making the decision if two parties are unable to agree,” Langan added.

Judge Moody says a solution is to financially support family court services. A huge benefit would be to offer free parenting classes, and beef up their court assistance office.

She tells KTVB the court is asking the state for more judges this year; one of the additional magistrate judges would sit on the family law bench.