The Corridor: Mexican border acts as gateway for Idaho-bound drugs

According to Canyon County Sheriff Kieran Donahue, nearly 100 percent of the drugs circulating in the Treasure Valley come across the border in places like Cochise County. 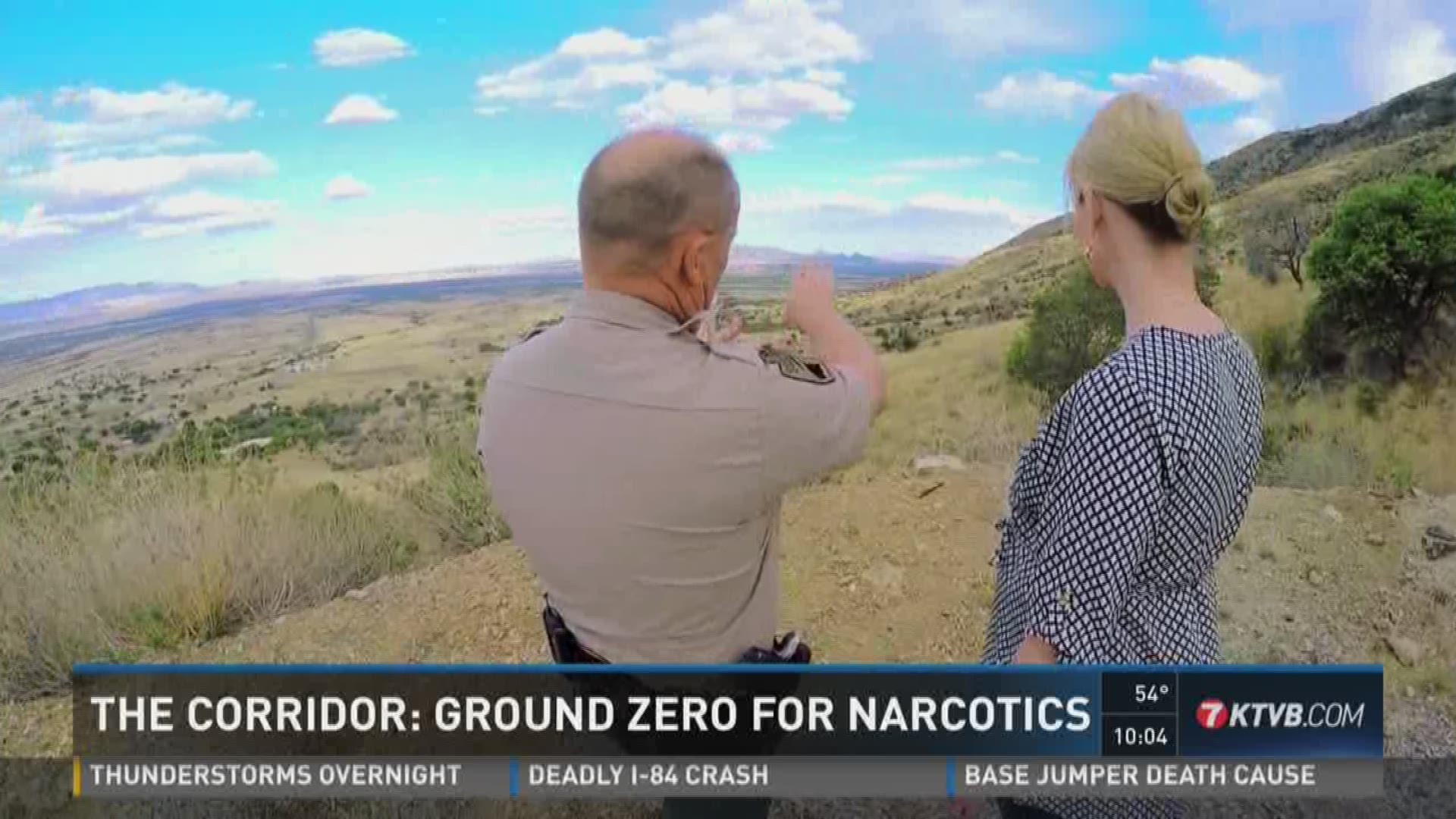 COCHISE COUNTY, Arizona -- It was early July when Fred Davis found the drug smuggler dead on his southern Arizona ranch, situated on about 10,000 acres of border land embattled residents say acts a sieve for narcotics entering the United States.

The dead man was lying on the ground about a mile from a county road. He was wearing brand-new Nikes, and had been carrying a duffel bag - a sign of someone packing drugs to a drop-off point, or returning to Mexico with cash.

"He had to have dope in him," Davis said. "The coyotes had nibbled on his hip a little bit and didn't eat him, the birds hadn't pecked his eyes out."

Finding bodies has become grotesquely common for the men and women who live and ranch on the rural swaths of land along the U.S. - Mexico border. Even more common is smugglers and their truckloads of methamphetamine, heroin, and other drugs slipping through the cracks into the U.S., where the network of highway systems allows them to spread their product to Idaho and across the country.

KTVB sent a crew to Cochise County, Arizona to get a first-hand look at how Mexican cartels are getting narcotics across the border and into Gem State schools, homes and communities.

According to Canyon County Sheriff Kieran Donahue, nearly 100 percent of the drugs circulating in the Treasure Valley came across the border in places like Cochise County.

"We know where Ground Zero is in terms of supply, where it comes from," he said. "It comes from Mexico. Period."

Donahue has traveled to the Arizona border multiple times, meeting with local sheriffs and ranchers in an effort to understand and stem the problems his own county faces. He said it's a mistake for law enforcement to be stuck in a reactionary mode, assuming everything beyond their own jurisdiction is someone else's problem.

"We can react all we want," he said. "Until we shut down the supply that overwhelms both law enforcement and society, we're really just throwing money and resources away."

Canyon County's drug problem - along with the burglaries, robberies and assaults that addiction begets - can be traced back along the corridor out of the border zone, an area most Idahoans think of as unconcerningly far-off, if they think of it at all, Donahue said.

"This is real," he said. "This isn't on television, it isn't a game, and it's certainly not going away."

No one understands that better than the ranchers of Cochise County.

John Ladd runs cattle on 16,000 acres between the Mexican border and Highway 92, making his property an attractive through-way for traffickers looking to get drugs onto the interstate or to the first in a series of stash houses on their journey north.

Ladd estimates a minimum of two loads per week cut across his property. Of the 53 trucks he spotted trundling across his land, carrying drugs north, Border Patrol seized only one, he said.

"The Border Patrol didn't catch it - it hit a ditch and the airbag went off," he said. "It disabled the truck, so [authorities] got it. All the rest of them got to the highway."

Most residents blame the slow response and lax enforcement on the after-effects of a Border Patrol policy spawned in the mid-1990s.

In response to a major influx of illegal immigration, the agency implemented a plan to concentrate manpower and infrastructure near Ports of Entry and the most populous cities. Dubbed "Operation Hold the Line" south of El Paso and "Operation Gatekeeper" at San Diego, the strategy had success in stemming the flood of border crossings in those areas.

But Ladd, Davis and others say the operations had the unintended consequence of funneling would-be border crossers into rural areas like Cochise County, where a few Border Patrol agents and local law enforcement are left stretched too thin to stem the tide of drugs and cash.

"They took that illegal activity - those transnational organizations, the cartels - and they put them into the rural parts, in my backyard," Cochise County Sheriff Mark Dannels said.

The sheriff's office employs only 88 deputies, making each one responsible for more than 70 square miles. By contrast, Canyon County has about 17 square miles per deputy, while Ada County has less than nine.

Twenty or 30 years ago, Dannels said, most of the people crossing the border were families or people seeking work and higher wages in the U.S. Since the cartels rose to prominence, however, that has changed.

The drug trade has brought murders, attempted murders, assaults on law enforcement, burglaries and home invasions to the 131,000-population county, Dannels said. Ranchers call him regularly, saying their fences are cut, their homes are broken into, their guns and jewelry are gone.

And once the culprits slip back across the border, the crimes are all but unsolvable, Dannels said.

"There's probably not a day that goes by that we don't deal with some kind of crime that has a connection to this border," he said.

Davis said he and his wife Peggy don't set foot outside their home without a gun. The area is still on edge from the unsolved murder of rancher Rob Krentz in 2010, he said.

Davis says Krentz - "the best-hearted man in the county" - was killed by a drug smuggler who was cutting south across his ranch after handing off his load of narcotics at a drop site. The smuggler was lying down when Krentz spotted him, he said.

"Rob had a pistol on his side, a rifle in the rack and drove right up to him - he thought he was hurt," Davis said. "He rolled over and shot him."

1 / 21
<p>Men scaling the wall at the Mexican border caught on camera by news crew.</p>

More and more ranchers are abandoning the area and moving away, even selling off land that has been passed down in their families through generations.

But Peggy Davis said she and her family are here to stay.

"It's a lifestyle - you don't want to leave, and where would you relocate? At our age, you're going to start over? Doing what?" she asked. "I'm not going to let them run me away. This is mine, this is my country."

Many of the residents who spoke to KTVB felt the federal government had abandoned them and the porous border in their backyard.

Although a wire and steel fence standing about a dozen feet tall was constructed to separate Ladd's ranch from Mexico, the imposing structure does not reflect the reality he deals with.

For about half the year, the fence is raised to allow flood waters to flow underneath, even when the desert is bone-dry. The gap is large enough to drive a truck through, Ladd said. During the rest of the year, it takes smugglers about 10 minutes to cut through the fence with a chop saw.

Farther west, the wall is even less robust. In the San Rafael valley, the border is marked by a "Normandy barrier," designed with X-shaped steel beams intended to halt vehicles while allowing wildlife to pass through. The barrier stands about waist-high on an adult, and does little to keep drug mules on the other side, according to Dr. Gary Thrasher, a veterinarian who services animals on ranches along the border.

"They're easy to cut through when nobody's paying any attention, no one is on the border and nobody is really watching it," he said. "You'll seldom, if ever, see a Border Patrol truck on the border here."

Instead, agents post up farther north, hoping to catch smugglers as they head toward the highway. The Department of Homeland Security declined to be interviewed for this story, but say they catch about half of the estimated 720,000 people crossing the border illegally each year.

Further complicating matters, cell phone reception is spotty and help is often up to an hour away, Thrasher said. Cameras and radar installed in the area are of little use because of the terrain's frequent dips and hills.

"A wall wouldn't help a bit," he said. "You put a wall up, it doesn't matter how high it is, if nobody is here watching it, it's not going to do any good."

Local residents aren’t the only ones who should be paying attention, Sheriff Dannels said. He calls Cochise County a “flow-through county,” meaning the drugs and the people carrying them aren’t sticking around.

“What I miss and doesn’t get caught in my county is going to Idaho,” he said. "We have to stand united - although we're a thousand miles apart, the problem is the same."

KTVB's 7 Investigative series 'The Corridor' examines how the drug trade reaches from Mexican cartels to the Treasure Valley, and the local impact of that trafficking. The series will run Sunday through Wednesday on the News at Ten. For the second part in this series, which examines the routes smugglers take to bring narcotics into Idaho, follow the link below.

The Corridor: All roads lead to Idaho

RAW: Sheriff Donahue talks about an intense moment in a Mexican restaurant visiting the border, 'I got marked' 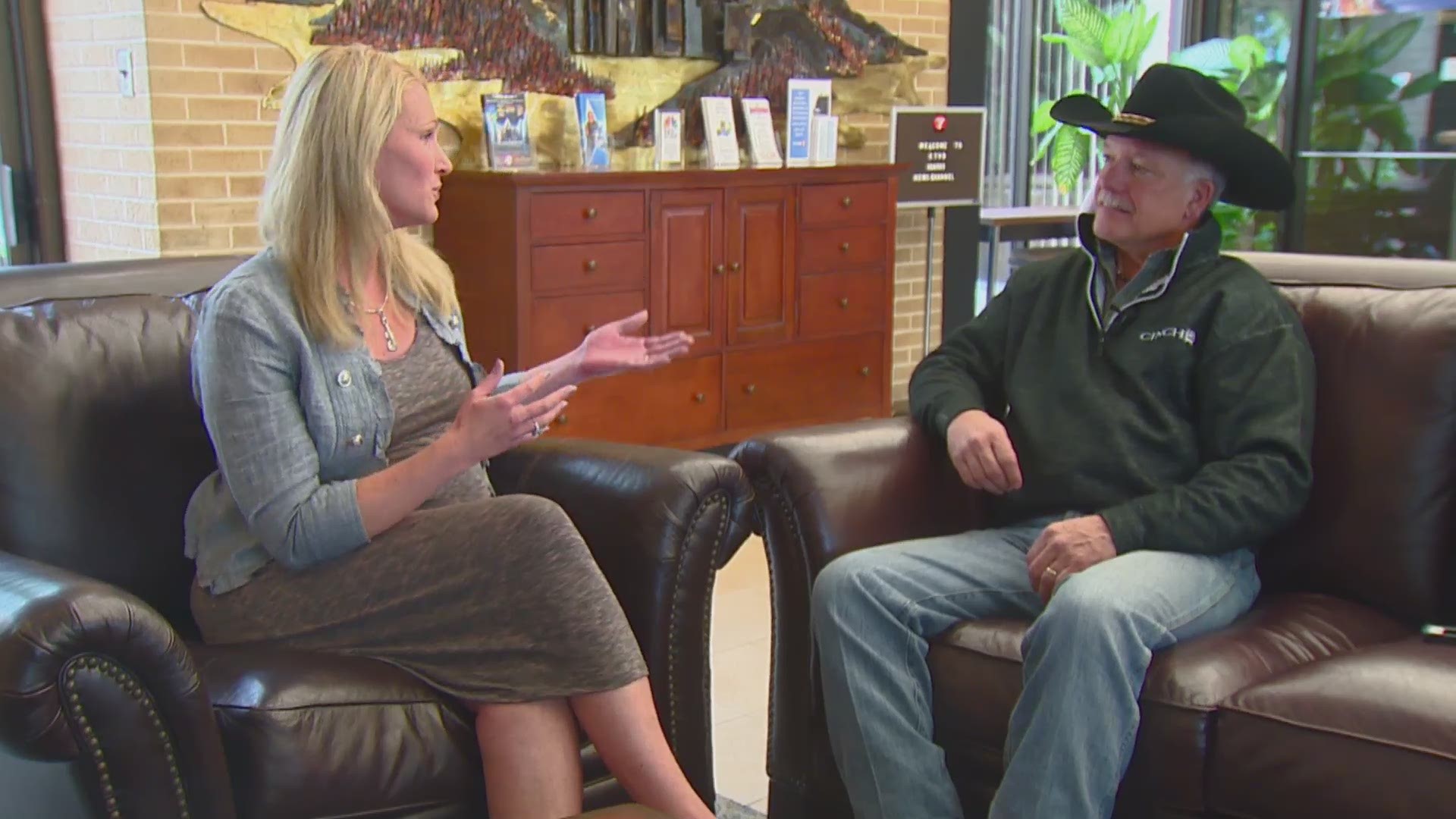